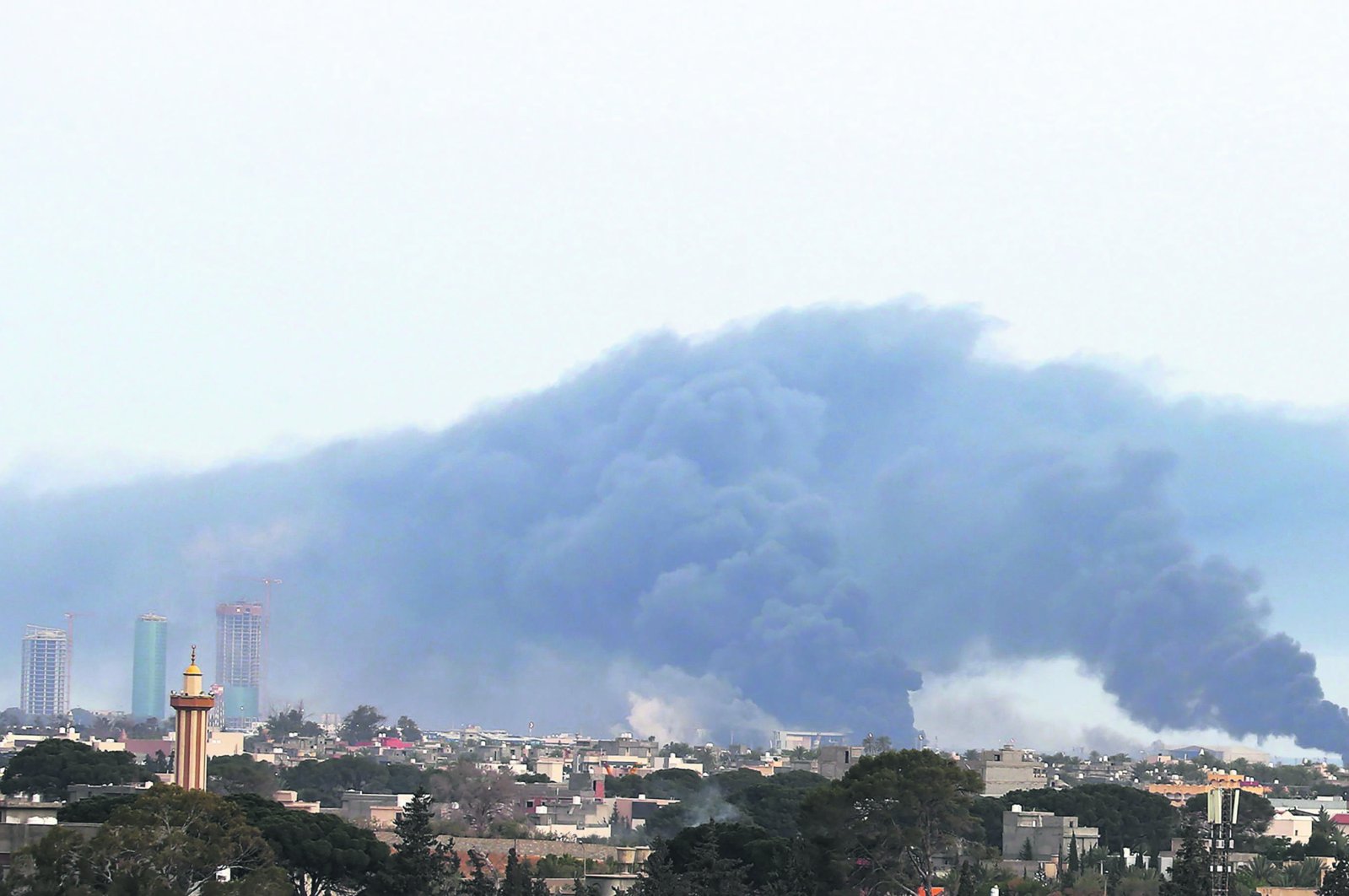 Smoke fumes rise above buildings in the Libyan capital Tripoli, during reported shelling by warlord Khalifa Haftar's forces, on May 9, 2020. (AFP Photo)
by Daily Sabah with AA May 16, 2020 10:50 pm

According to a statement released by Muhammed Kununu, the military spokesman for the U.N.-backed Government of National Accord (GNA), the air elements of the Libyan army targeted the Pantsir system, which was just delivered by the United Arab Emirates (UAE) to the key al-Watiya Air Base.

The Libyan Army recently liberated many towns from Haftar’s militia as part of Operation Volcano of Rage. After that, the military launched an operation to take al-Watiya Air Base, located 140 kilometers (86.9 miles) southeast of Tripoli, from Haftar.

Following the ousting of late dictator Moammar Gadhafi in 2011, Libya's legitimate government was founded in 2015 under a U.N.-led political deal. Since April 2019, the GNA has been under attack by Haftar's forces, based in eastern Libya, and more than 1,000 people have been killed in the violence. In the past few weeks, the GNA has made significant gains against forces loyal to warlord Haftar, supported by France, Russia, the UAE and Egypt, while some provinces announced their support for the official government after months of bombing and shelling by Haftar on civilians, hospitals and schools.