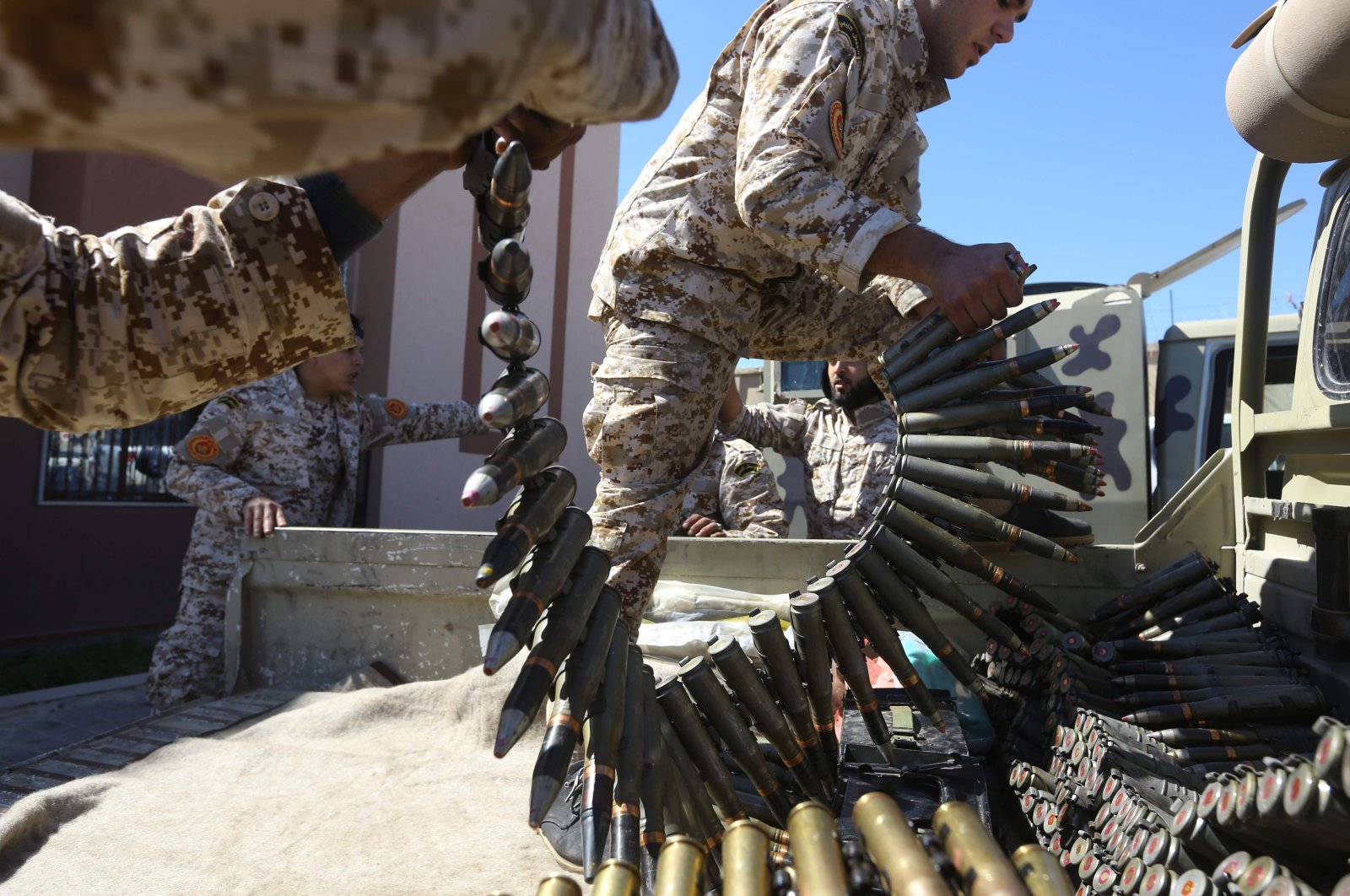 Fighters from a Misrata armed group loyal to the internationally recognised Libyan Government of National Accord (GNA) prepare their ammunition before heading to the frontline as battles against Khalifa Haftar, in Tripoli, April 8, 2019. (AFP)
by Anadolu Agency Jul 16, 2020 10:37 pm
RECOMMENDED

"El-Sissi repeats his previous statements, which is blatant interference in Libyan affairs," he said, adding that his speech was "not aimed at peace. It is he who is fueling the [Libyan] conflict."

The Egyptian president on Thursday met with the heads of several Libyan tribes in the Egyptian capital Cairo, where he said his country "will not stand aside" in the face increasing military mobilization near the city of Sirte in northern Libya.

The Libyan High Council of State condemned el-Sissi's call to arm the Libyan tribes, saying it would lead to more fighting and further division in the country.

He said the city of Sirte and the al-Jufra airbase were their "red line," calling on his army to "be prepared to carry out any domestic or cross-border missions.

Since April 2019, putschist Gen. Khalifa Haftar's illegitimate forces have launched attacks on the Libyan capital of Tripoli and other parts of northwestern Libya, resulting in more than 1,000 deaths, including civilians.

However, the Libyan government has recently achieved some significant victories, pushing Haftar's forces out of Tripoli and the strategic city of Tarhuna.