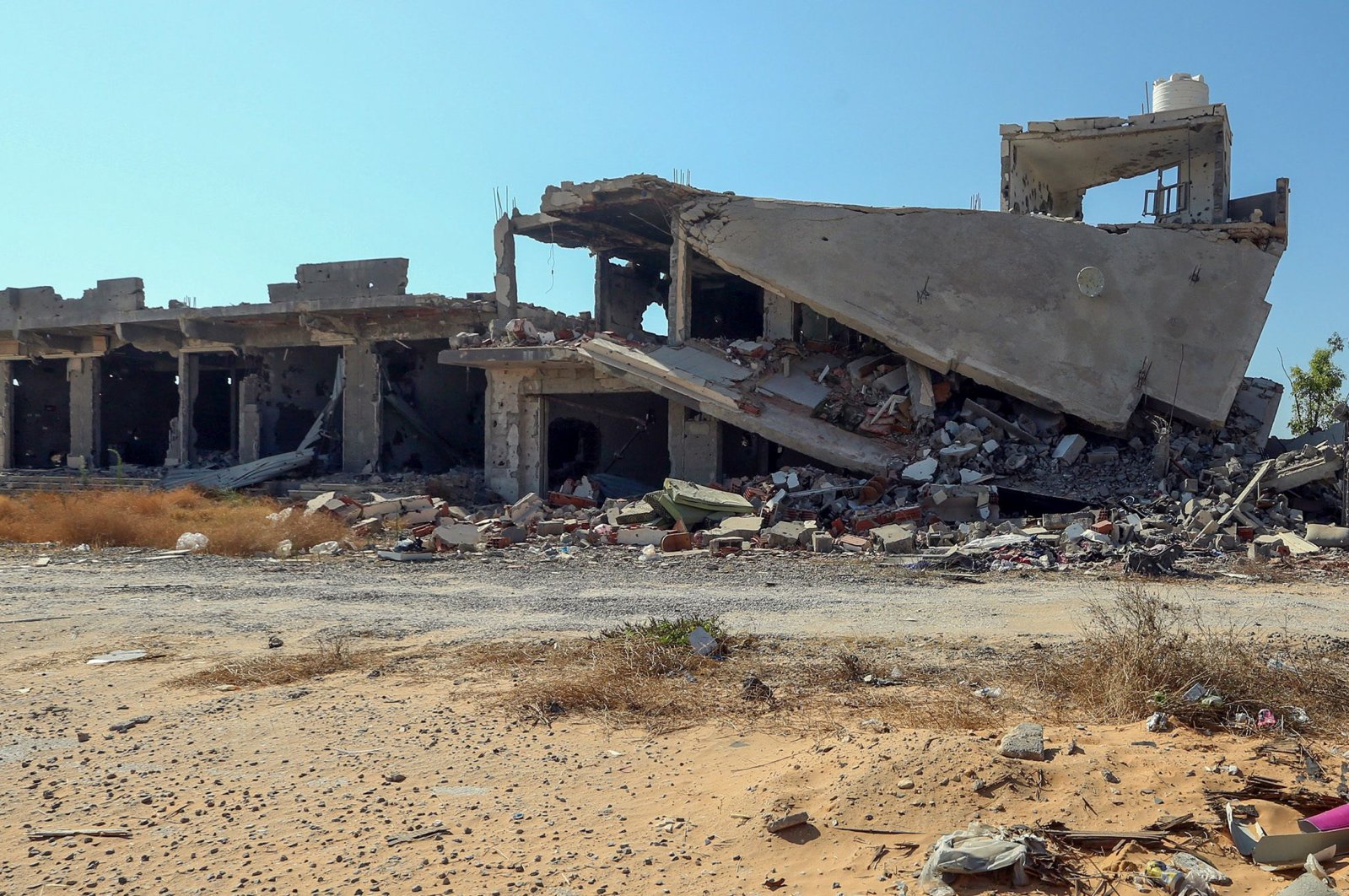 A picture shows a business, damaged during the 14 months of fighting between the UN-recognized Government of National Union (GNA) and putschist Gen. Khalifa Haftar, in a southern neighbourhood in the capital Tripoli, July 9, 2020. (AFP)
by DAILY SABAH WITH AA Jul 13, 2020 11:36 am
RECOMMENDED

The United Nations Support Mission in Libya (UNSMIL) announced on Sunday that an agreement to reestablish the support projects and programs in the field of security has been signed with the Libyan government.

The UNSMIL statement expressed that online meetings have been held with the participation of the head of the mission Stephanie Williams and Libyan Interior Minister Fathi Bashagha among others who are experts on security training and finances.

In the meetings, the main subjects were to lay down arms, release prisoners and rehabilitate the victims of the years of conflict in the war-torn country.

The statement underlined that UNSMIL is ready to provide the Libyan government with any support it needs while highlighting the importance of the coordination between the domestic and international efforts when it comes to success in security.

The authorities who participated in the meetings have reportedly expressed that they agree on reestablishing the cooperation over security which was interrupted by the escalating conflict in April 2019. It is also highlighted that recovery in the economy and security works hand in hand.

"We are determined to pursue this program which needs to be under the Libyans' control, well-rounded with a local, national design for the wealth and security of (Libyan) citizens," said Bashagha on the cooperation in a Twitter post.

Yet, neither UNSMIL nor Bashagha gave any details on the new deal's support programs and projects.

Libya has been torn by a civil war since the ouster of Moammar Gadhafi in 2011. The country's new government was founded in 2015 under a United Nations-led agreement, but efforts for a long-term political settlement failed due to a military offensive by putschist Gen. Khalifa Haftar's forces.

The U.N. recognized Libyan government is headed by Fayez Sarraj in Tripoli.

Libya launched Operation Peace Storm against Haftar in March to counter attacks on the capital that started in April 2019 and recently liberated strategic locations including the al-Watiya air base and the city of Tarhuna, the putschist's final stronghold in western Libya. Despite constant calls for a cease-fire from the international community, the conflict continues to escalate due to the involvement of foreign mercenaries, particularly those sent by Russia, the United Arab Emirates (UAE) and France, who are the main backers of Haftar.

Meanwhile, the U.N.-backed Libyan Army announced on Sunday that it will form a new security branch that is specifically designed to provide security in the western parts of the country, which were liberated by the Haftar militia.

Titled "Joint Force," the new branch will consist of 500 soldiers, according to a statement from the Western Region Joint Staff Operations unit of the army.

"Providing security of entrances and exists in Libya's western parts, taking the flow of weapons and vehicles under the control, evacuating the groups that refuse to obey the law in the region and hand them over to the security forces if necessary," are listed as the main duties of the branch by the unit.

The branch is also expected to take measures against illegal migration and provide the necessary support to the authorities whenever demanded.