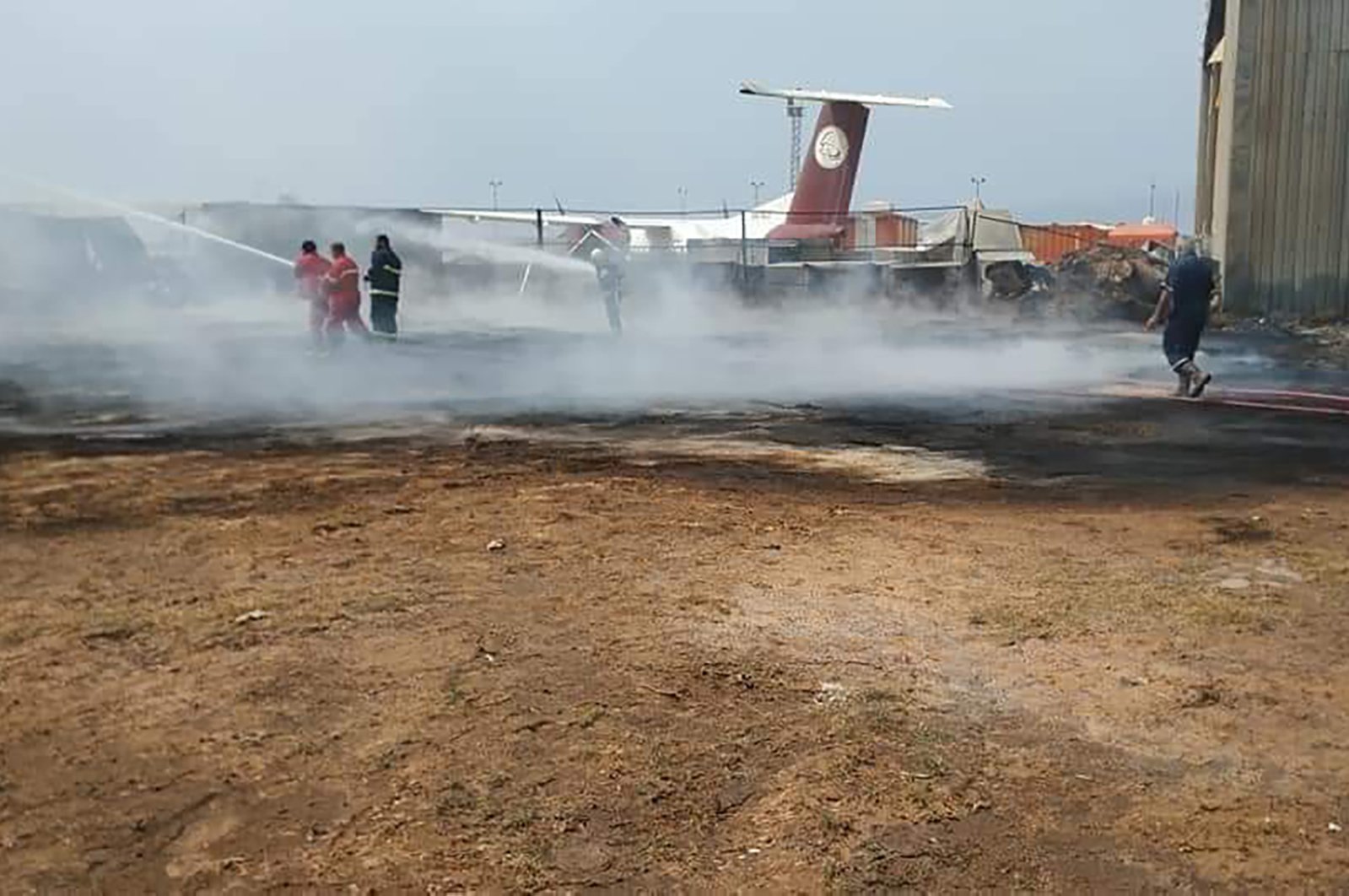 A handout picture released by the media office of Libya's UN-recognised Government of National Accord (GNA) on May 9, 2020 shows firefighters extinguishing a fire following an attack on the Mitiga airport in the capital Tripoli. (AFP Photo)
by Anadolu Agency Jun 03, 2020 9:10 pm

The Libyan army on Wednesday liberated Tripoli airport from the militia loyal to warlord Khalifa Haftar.

The government forces completely took control of the airport that was under Haftar's control for one year, said Mustafa al-Mujie, a spokesman for the government-led Operation Volcano of Rage.

Libya’s internationally recognized government has been under attack by Haftar's forces since April 2019.

In March, the Libyan government launched Operation Peace Storm to counter attacks on the capital, and recently regained strategic locations, including the Al-Watiya airbase, in a major blow to Haftar's forces.Libya has been torn by civil war since the ouster of late ruler Muammar Gaddafi in 2011.

Libya's new government was founded in 2015 under a UN-led agreement, but efforts for a long-term political settlement failed due to the military offensive by Haftar’s forces.