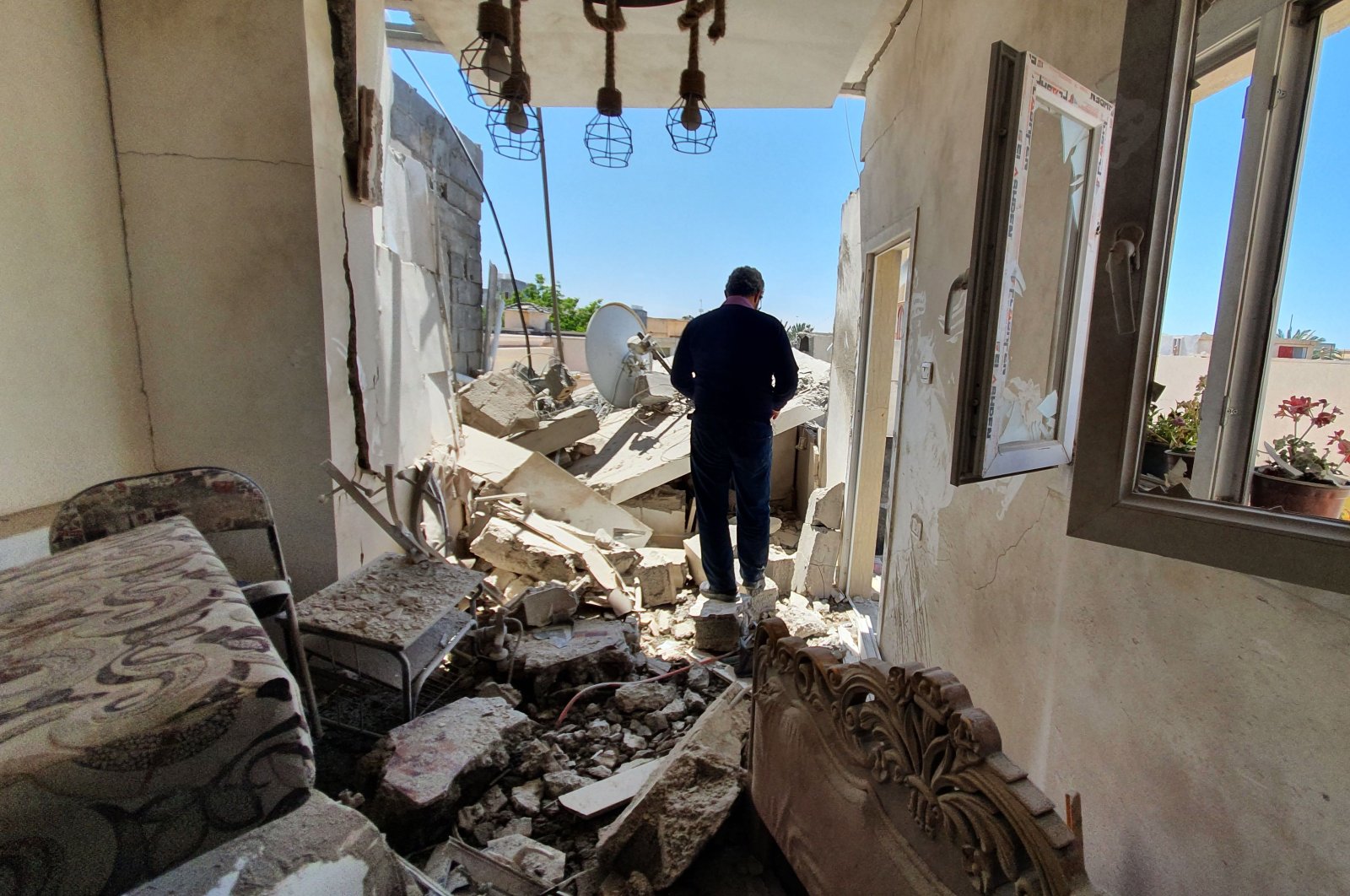 A resident walks amidst the rubble of a building that was damaged when forces loyal to eastern-based putschist Gen. Khalifa Haftar shelled the residential neighbourhood of Znatah in the Libyan capital Tripoli, May 1, 2020. (AFP Photo)
by Anadolu Agency May 06, 2020 11:22 am
RECOMMENDED

Bashagha took to social media and alluded to 4 metric tons (4.4 tons) of drugs hidden in milk cartons captured on the ship EGY CROWN docked at Egypt's Port Said. The ship was coming from Syria en route to Benghazi.

Bashagha said the cartons belonged to a businessman close to the Syrian regime who is also on the sanctions list of the U.S. and EU.

"Haftar's Army Investment Commission has been in collaboration with the Assad regime for some time, and trying to open an air and sea corridor through Libya, so as to gain illegal financial benefits," he said.

The minister emphasized that according to reports from international finance supervision and narcotics organizations, the Assad regime is smuggling drugs to certain points, including eastern ports of Libya through Syria, and finances itself with illegal economic activity.

The Libyan government is in touch with Interpol regarding the issue and if no action is taken against it, there will be greater damage because terror groups will be ceaselessly financed, said Bashagha, who demanded the U.N. Security Council and the international community take action.

According to local media, a Syrian flagship leaving Latakia, Syria, to Benghazi was stopped by Greek authorities in December 2018 near Crete.

Drugs worth $113 million were seized and linked to a businessman close to the Syrian regime, and an individual close to Haftar in Libya.

Illegal activities are on the rise in Haftar-controlled Benghazi. Arms dealing and the drug trade have increased, according to a U.N. report in January.