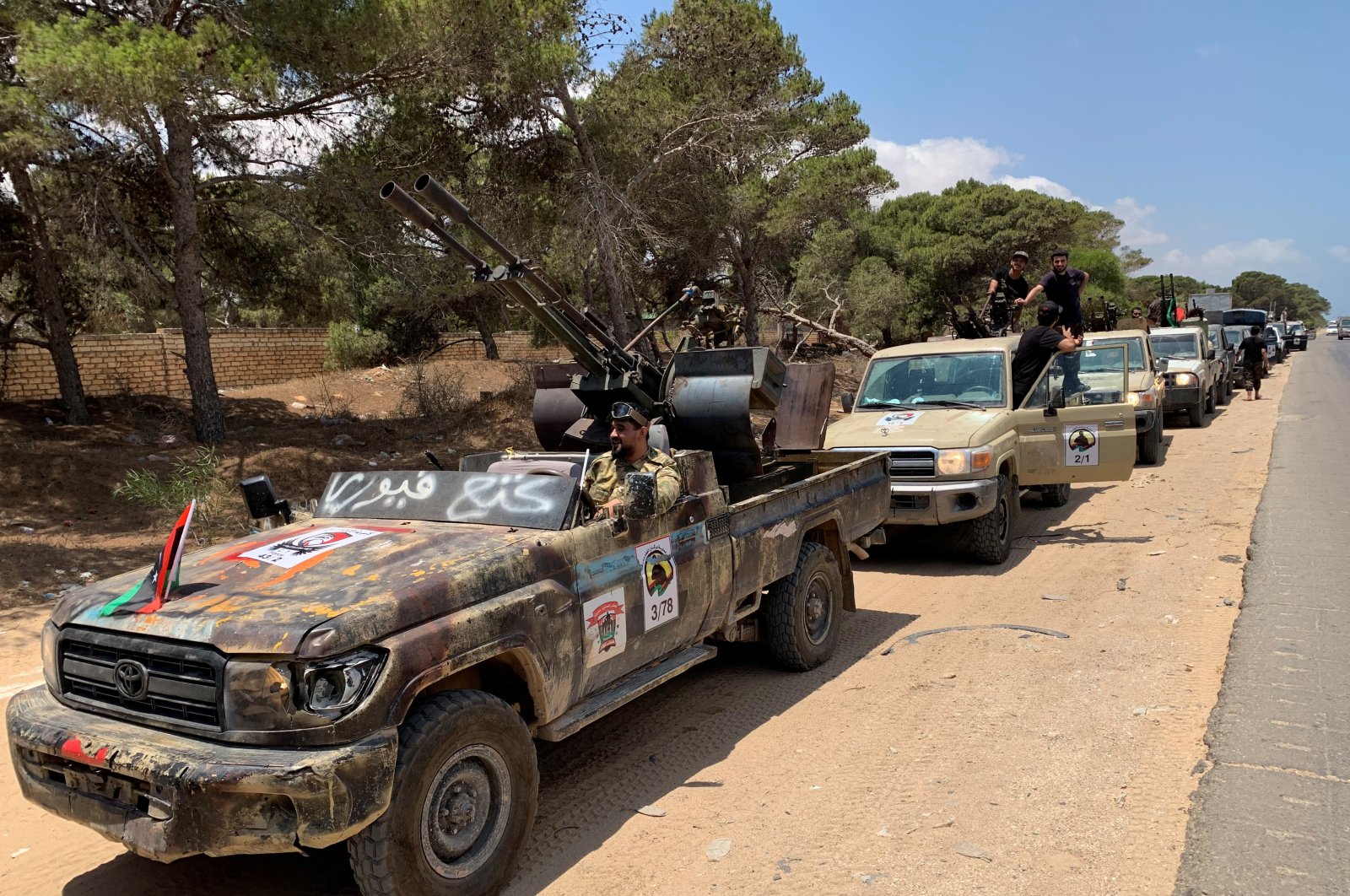 Troops loyal to Libya's internationally recognized government are seen in military vehicles as they prepare before heading to Sirte, in Tripoli, July 6, 2020. (Reuters Photo)
by DAILY SABAH WITH AA Aug 19, 2020 10:02 pm
RECOMMENDED

The meeting is part of Rabat's efforts to resolve the Libyan crisis, al-Mishri said on Wednesday.

"There are efforts being made by Morocco under the supervision of King Mohammed VI to advance diplomatic efforts to solve the Libyan crisis," he was quoted as saying by Moroccan news channel Medi1 TV.

"In this regard, we visited Morocco (in July), coinciding with the presence of Aguila Saleh in the kingdom. We said we are ready to meet with him in public but on the condition of international guarantees and the presence of our Moroccan brothers."

The top official said he was ready to meet all parties to the Libyan conflict on the same conditions.

Regarding Morocco's role in finding a solution to the Libyan crisis, al-Mishri said: "We trust the Moroccan leadership wants to reach a (just) solution and not secure the interests of one party at the expense of the other."

Libya has been torn by civil war since the ouster of late dictator Moammar Gadhafi in 2011. The Government of National Accord (GNA) was founded in 2015 under an U.N.-led agreement, but efforts for a long-term political settlement failed due to a military offensive by forces loyal to Haftar.

The U.N. recognizes the government headed by premier Fayez Sarraj as the country's legitimate authority, as Tripoli has battled Haftar's militias since April 2019 in a conflict that has claimed thousands of lives.

Turkey continues to support the internationally recognized government, while Haftar has been backed by Russia, France, Egypt and the UAE.

Meanwhile, in eastern Libya, Turkey is continuing to safely detonate and dispose of improvised explosives and mines left behind by Haftar forces, Turkey's National Defense Ministry said on Wednesday.

A video the ministry posted on Twitter showed the controlled disposal by munitions experts of ammunition and mines left behind by Haftar's militias.

"Our staff works devotedly and heroically to clear mines and explosives that pose a great risk to civilians," the ministry said.

The Turkish military is also expected to provide assistance to restructuring the Libyan Army into a regular army based on the model that was used in training the Azerbaijani Army.

Turkish military advisers and staff will soon arrive at the Defense Security Cooperation and Training Assistance Advisory Command that was established as part of a memorandum of understanding between Turkey and Libya. They will provide training and logistical assistance in cooperation with Qatar to reestablish a regular army in Libya.