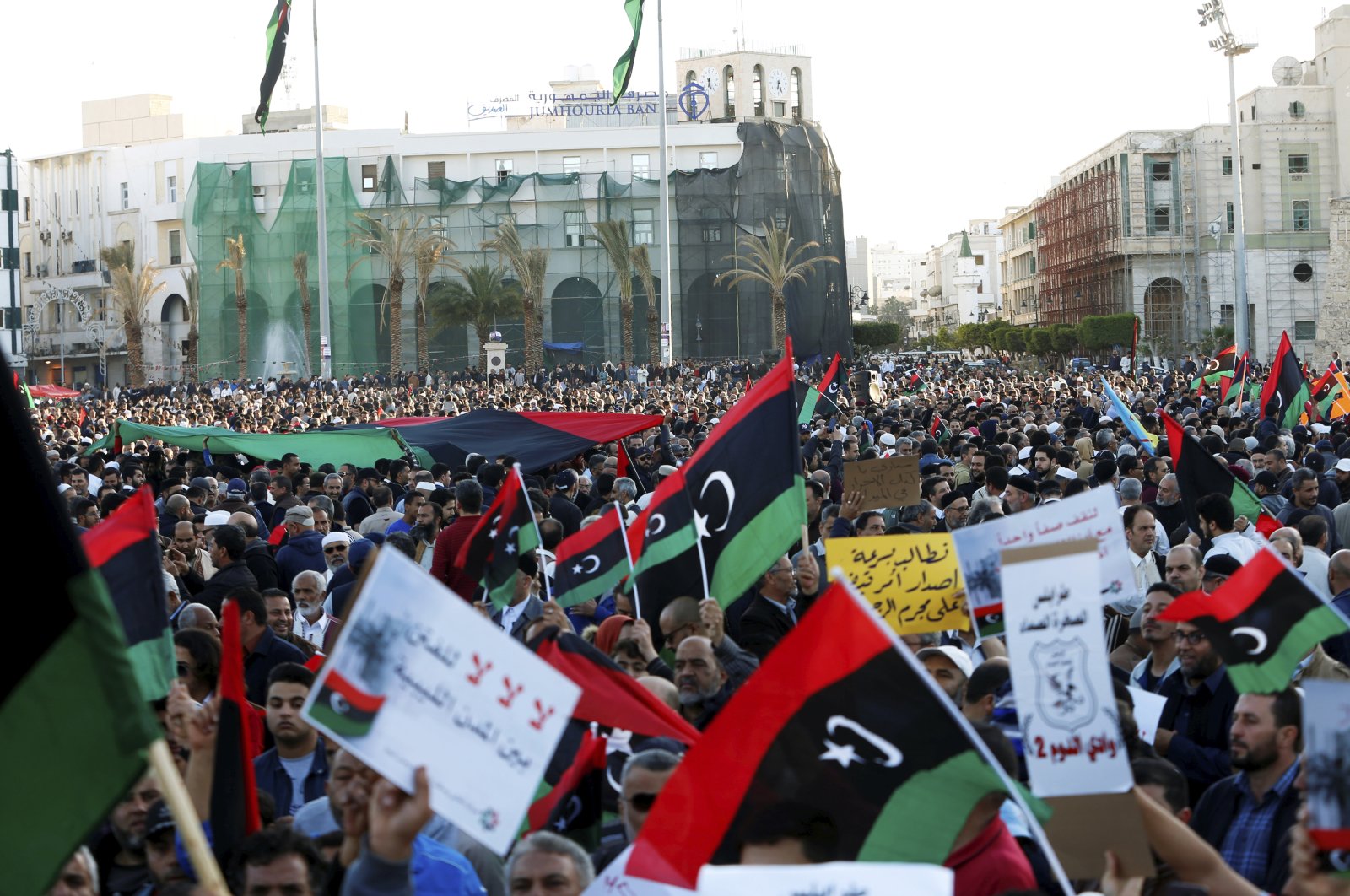 Hundreds of Libyans held demonstrations in the capital Tripoli on Sunday evening to protest deteriorating living conditions and denounce corruption in their war-torn country.

Angry at extended cuts to power and water and long lines at petrol stations, the mostly young people marched in the streets of the city center, chanting slogans including "No to corruption!"

Libya, which sits atop Africa's largest proven crude oil reserves, has endured almost a decade of violent chaos since the 2011 NATO-backed uprising that toppled and killed dictator Moammar Gadhafi.

Oil production has almost come to a standstill in Libya after groups loyal to putschist Gen. Khalifa Haftar shut down oil facilities in eastern parts of the country in January to squeeze resources of the United Nations-recognized Libyan government.

Libya can produce 1.2 million barrels of crude oil per day. But production has fallen below 100,000 barrels a day due to the interruptions by the pro-Haftar militias over the past six months.

The war-weary country is plagued by water shortages and power blackouts that snuff out air-conditioners in the searing summer heat.

The deplorable situation has been compounded by the coronavirus pandemic, which has depressed global oil prices and spread in the country despite social distancing measures.

"We are tired of living without hope," Ayman al-Wafi, a young man in his 20s, told Agence France-Presse (AFP) by telephone from the protest.

The protest comes just two days after the country's warring rival parties, the U.N.-backed Government of National Accord (GNA) and the Tobruk-based administration in the east, announced separately that they would cease all hostilities and hold nationwide elections.

But the prospect of a let-up in violence came as coronavirus cases skyrocketed 15-fold in Libya since June, the International Committee of the Red Cross (ICRC) said, warning this was further deepening a dire humanitarian crisis.

"Infrastructure all over the country is falling apart. People have little electricity, drinking water, sanitation, or medical care in the middle of a growing pandemic," ICRC President Peter Maurer said in a statement on Thursday.

Some of the protestors were injured in shootings as security forces were dispersing the demonstrators, during which some groups damaged vehicles in the area.

Amin al-Hashemi, the undersecretary of the Libyan Health Ministry, told Anadolu Agency on Sunday that the demonstrators gathered for legitimate demands and peaceful protests, but some groups abused the purpose of the gathering.

"The people held peaceful protests for their legitimate demands, but later on, some violence-prone groups attacked civilian and police vehicles and public buildings, committing damaging acts. So the police intervened to disperse these groups," he said.

Al-Hashemi also underlined that some people were injured from gunfire during the demonstrations and that information about their numbers and identities has not yet been obtained.

The Interior Ministry announced that those who opened fire on the demonstrators in Tripoli were not among the police forces and that this action was carried out by outside elements who had infiltrated the security forces, adding that an investigation has been launched.

"As a result of a follow-up (probe), the security forces determined the identities of these people who opened fire on the demonstrators. They are not subject to any security forces affiliated with the Interior Ministry, and the ministry has initiated a judicial investigation into the incident. The results will be shared with the public with the attorney general's approval and after the investigation is completed," it said in a statement.

The U.N. Support Mission in Libya (UNSMIL) also "expressed its concern about the ongoing developments in the city of al-Asaba and the surrounding areas."