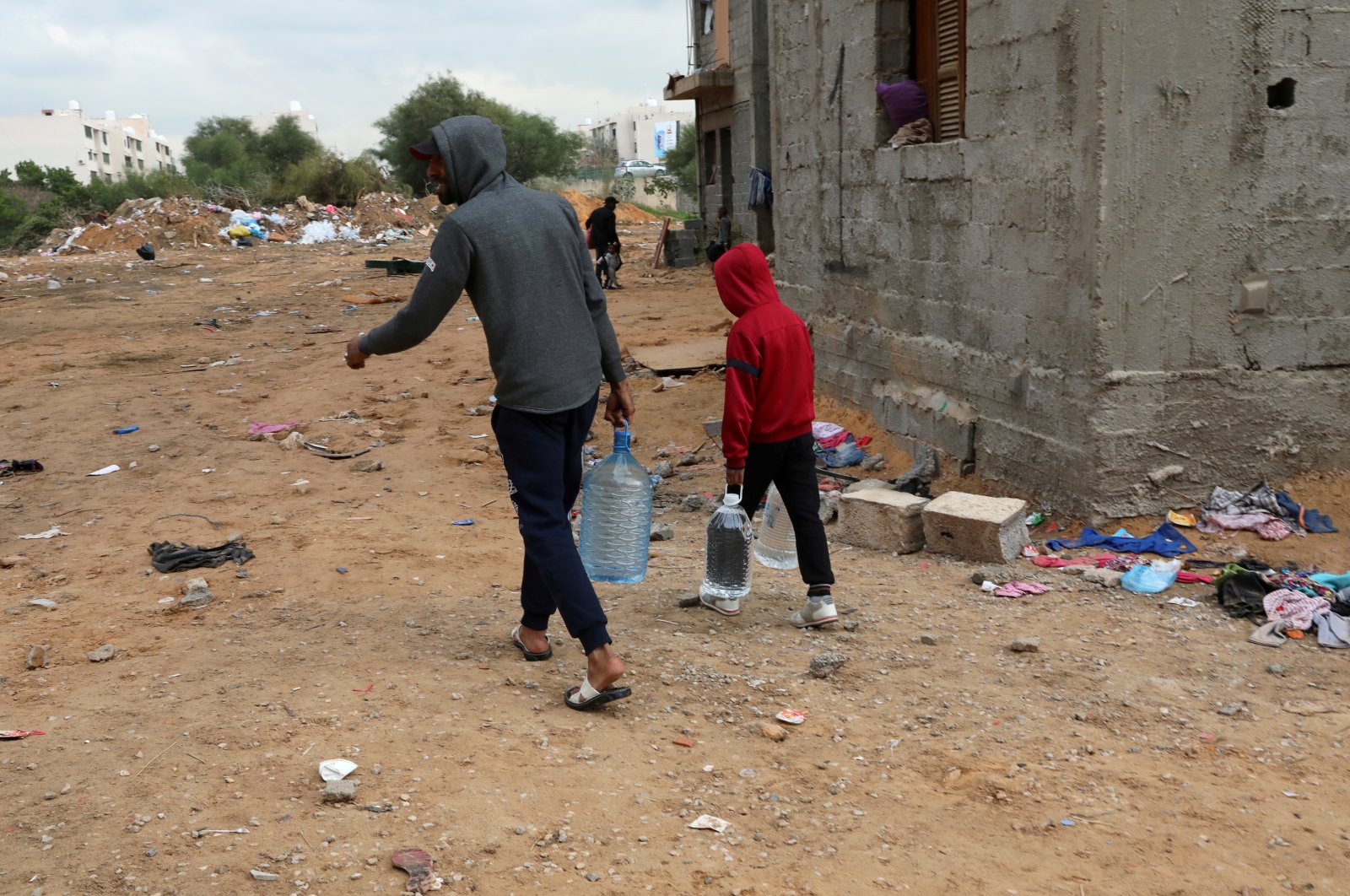 People in conflict-ridden Libya, already caught between the yearslong civil war and indiscriminate bombing, now face the threat of the coronavirus pandemic. The International Committee of the Red Cross (ICRC) fears that the virus will compound the suffering of conflict-affected families, who are already struggling to meet basic needs, as they often lack food, shelter, water and medical care.

"The Libyan health care system was struggling before COVID-19," said Willem de Jonge, the ICRC's head of operations for Libya. "Today, some medical professionals who need to be trained on COVID-19 infection prevention protocols keep being called back to the front lines to treat the injured. Clinics and hospitals are overwhelmed caring for the war-wounded and those with chronic illnesses, so their capacity to receive COVID-19 patients is limited. They need more support and resources to face this challenge."

Even though multiple calls for cease-fires and a halt of hostilities have been made by international organizations, especially the U.N., fighting around the capital Tripoli between the official U.N.-recognized Government of National Accord (GNA), trying to defend the country, and forces loyal to putschist Khalifa Haftar have continued, as the latter launched an offensive to seize the capital, disregarding the pain caused to the Libyan people.

In recent weeks, many civilians have lost their lives while medical depots, water sources and hospitals to treat the coronavirus, at a time when the Libyan people needed them most, were targeted by Haftar’s forces.

"Displaced Libyans, including some of our colleagues, have told us they have no choice but to return to their homes near the front line for fear they could bring the virus into the homes of their elderly parents or family members," said Maria Carolina, the ICRC's deputy head of sub-delegation for Tripoli. "This highlights the unimaginable choices some people are now forced to make as they struggle to decide whether shelling and airstrikes pose a greater threat to their lives than COVID-19."

On Sunday, medicine depots in southern Tripoli were struck by Grad missiles fired from forces loyal to Haftar.

According to a statement released from the headquarters of GNA’s operation Burkan Al-Ghadab (Volcano of Rage), the latest attack took place following a hit on drug warehouses belonging to Al-Khadra Hospital, one of few medical centers dedicated to dealing with the coronavirus threat.

In recent weeks, forces under the command of Haftar have escalated their yearlong siege on the capital, despite appeals for a cease-fire on the basis of allowing authorities to focus their resources on the growing pandemic.

According to the U.N., as of March 2020, a total of 27 health facilities have been damaged to varying degrees due to their proximity to clashes, and 14 have been closed. Another 23 are at risk of closure due to shifting lines of conflict.

Many experts state that Haftar's forces are deliberately targeting infrastructure to increase pressure on the GNA, which has been advancing toward Tripoli.

“More than 2 million people, including 600,000 children, who live in Tripoli and surrounding towns and cities, have been suffering from water cuts for almost a week now,” the U.N. said Friday in a written statement. Accordingly, the water supply, part of the Great Man-Made River, was disrupted in the Shwerif area as a pressure tactic to secure the release of family members. Mediation efforts have not produced a resolution to the dispute while millions of Libyans remain deprived of water.

“Water should never be used as a pressure card nor as a weapon of war. It is particularly reprehensible to deliberately cut off water supplies for people anywhere in Libya,” the U.N. statement said, adding that at this moment when Libya is fighting the threats of the COVID-19 pandemic, access to water and electricity is needed more than ever and that such individual acts to collectively punish millions of innocent people were abhorrent and must stop immediately.

Turkey on Friday sent medical supplies to Libya to help fight the coronavirus. It has been helping a number of countries to step up their defenses against the coronavirus pandemic.