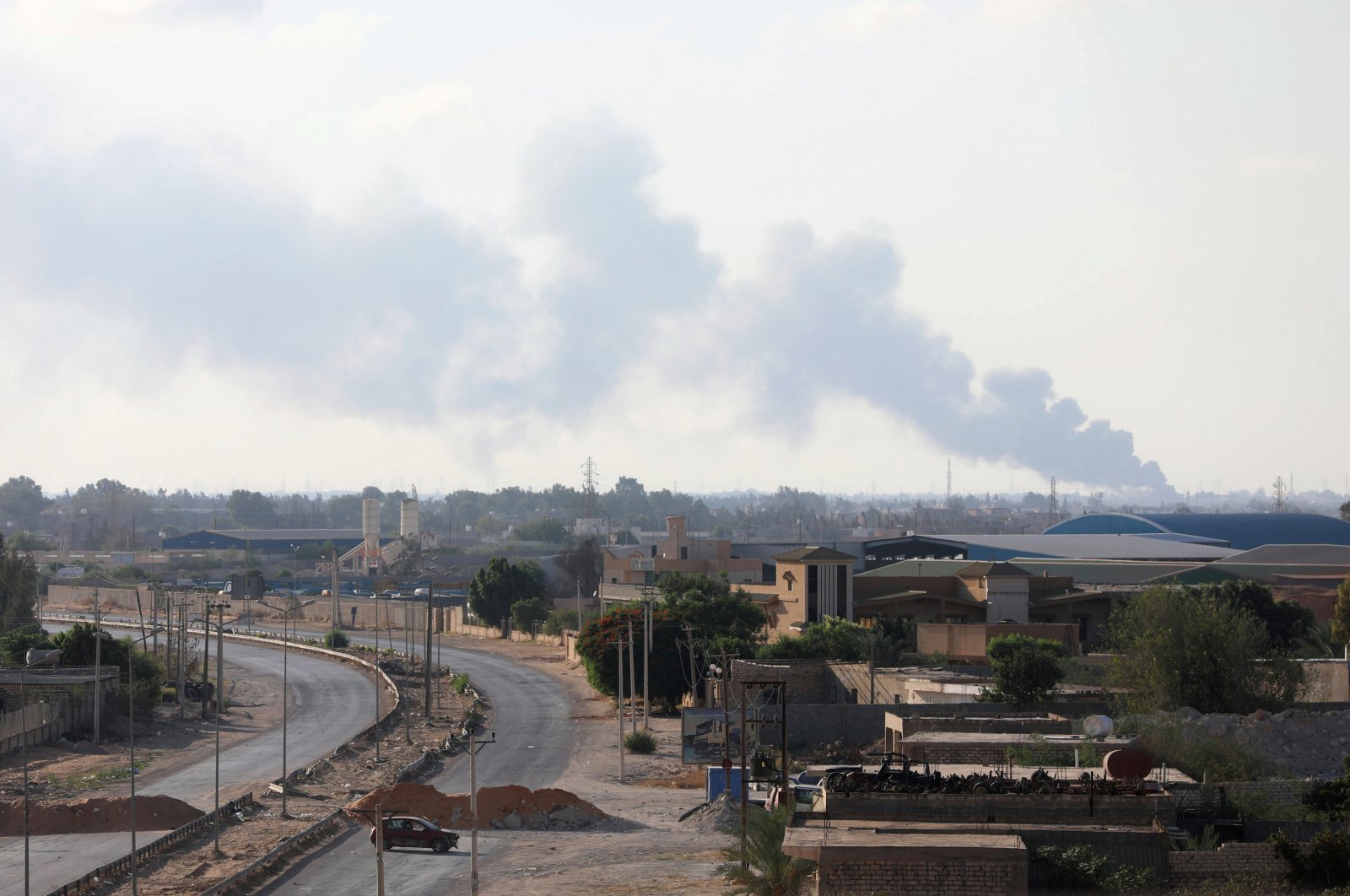 The Health Ministry of the U.N.-recognized Government of National Accord (GNA) has called for a halt to attacks on medical facilities by forces loyal to putschist Gen. Khalifa Haftar, at a time when health institutions are vital to fighting the coronavirus pandemic.

“We call on all local and humanitarian aid organizations to act immediately to end the attacks of Haftar militias on health facilities in Tripoli, which most recently targeted al-Khadra hospital,” the ministry urged in a written statement.

The statement said a generator was knocked out in the recent attack and forced patients, including COVID-19 patients, to leave the hospital. It added that this situation caused severe deterioration of the country's health sector.

The media office of the Burkan al-Ghadab (Volcano of Rage) operation, led by the GNA, said Monday forces loyal to warlord Haftar had targeted al-Khadra hospital, assigned as the pandemic hospital for COVID-19.

“At a moment when people in Libya needed nothing more than a safe home and functioning medical facilities, we received the news of yet another attack on a hospital,” the U.N. Office for the Coordination of Humanitarian Affairs (OCHA) Coordinator for Libya Yacoub El Hillo said in a written statement Monday.

Highlighting that this act was a clear violation of international humanitarian law, Hillo said, “I am appalled to have learned that heavy shelling hit Tripoli’s Al Khadra General Hospital today, injuring at least one health worker and damaging the fully functioning medical facility.”

“The repeated calls by the United Nations and the international community for a cessation of hostilities have only been met with complete disregard and intensified fighting. This is unacceptable at a time when health care and health workers are vital in our fight against a global pandemic,” the U.N. coordinator added.

The 400-bed Al-Khadra hospital was one of the potential COVID-19 assigned health facilities.

Projectiles struck the hospital grounds in Tripoli on Monday near, residents said, even as Libya struggled to prepare for an outbreak of the coronavirus.

The locals said they heard loud explosions and saw black smoke rising from the area around the hospital during a day of heavy mutual bombardment by Libya's warring sides.

The local council of Abu Salim district said the hospital had been targeted by rockets fired by the eastern-based Libyan National Army (LNA) of warlord Haftar, which has been attempting to capture Tripoli for a year.

The Abu Salim council posted photographs of damaged cars in the hospital compound and said five people had been injured in the attack. A local aid group said six of the hospital's patients had been evacuated.

Libya's health infrastructure has been badly damaged by years of chaos and conflict since the 2011 uprising against strongman Moammar Gadhafi, and aid agencies have warned the country is ill-prepared to withstand a major coronavirus outbreak.

It has confirmed 18 cases of the virus so far, but despite the pleas of the U.N. for a cease-fire, the conflict has escalated sharply over the past two weeks.

Furthermore, Tripoli’s water supply was cut off following an armed attack on the country’s water sources in the southwest on Monday. Even though it could not be determined which armed group was linked to the attack, the Volcano of Rage operation said the armed group that attacked the region's water sources and turned off the valves was working for Haftar militias.

The attack on hospitals and the ongoing clashes came just days after the U.N. renewed its call for a cease-fire.

The U.N. Support Mission in Libya (UNSMIL) called once again for the immediate cessation of hostilities and for unity to combat the coronavirus outbreak as the surge in Haftar forces' violence continued Saturday.

UNSMIL in mid-March had previously called for a cease-fire to allow local authorities to respond to the unprecedented public health challenge posed by the coronavirus pandemic. Yet, prospects of peace were shattered several times by forces loyal to Haftar.

According to the U.N., the humanitarian situation has deteriorated to levels never previously witnessed in Libya. Between April 1, 2019, and March 31, 2020, UNSMIL documented at least 685 civilian casualties (356 deaths and 329 people injured). Around 149,000 people in and around Tripoli have been forced to flee their homes since the beginning of the offensive, and nearly 345,000 civilians remain in frontline areas with an additional 749,000 people estimated to live in areas affected by the clashes. It is estimated that around 893,000 people need humanitarian assistance.

The war has also damaged vital infrastructure such as schools, detention centers and hospitals – further complicating a response to the pandemic.

“The COVID-19 pandemic, which is spreading in Libya, as it is around the world, recognizes neither national boundaries nor frontlines and clearly represents the greatest near-term threat to the welfare and well-being of the Libyan people,” UNSMIL warned Saturday in a written statement.

Since the ouster of late ruler Muammar Gaddafi in 2011, two seats of power have emerged in Libya: Haftar in eastern Libya supported mainly by Egypt, Russia and the United Arab Emirates and another in Tripoli, which enjoys U.N. and international recognition.