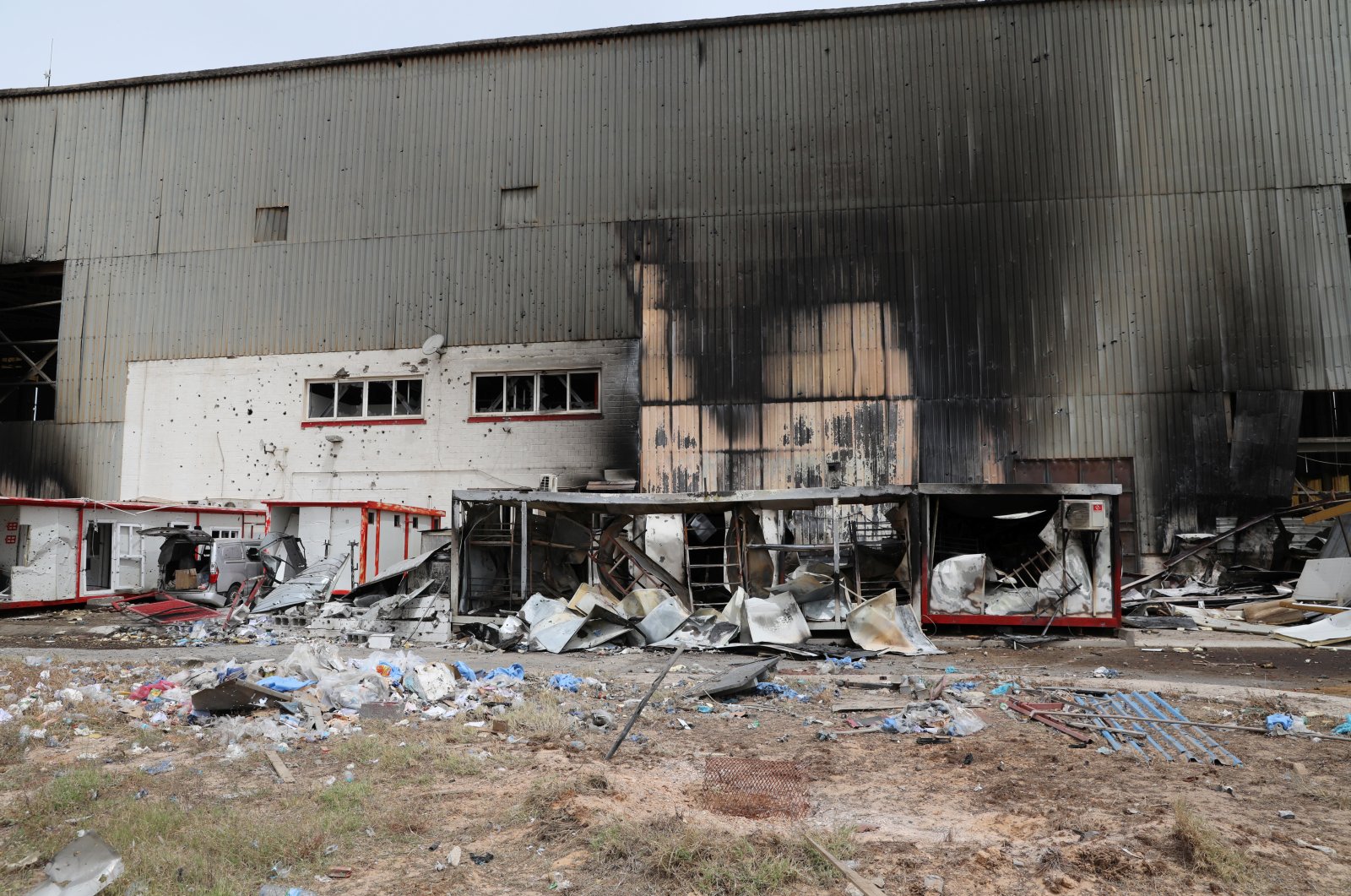 Damage is seen following shelling at Mitiga International Airport in Tripoli, Libya, May 10, 2020. (Reuters Photo)
by Daily Sabah with DHA May 14, 2020 2:05 pm
RECOMMENDED

According to security sources, Haftar forces' attacks continue to cause civilian casualties while Haftar has stepped up attacks on hospitals. Haftar forces targeted 10 health facilities in the last month at a time when the Libyan people need them most amid the coronavirus pandemic.

Libya's government has been under attack by Haftar's forces since April 2019, with more than 1,000 killed in the violence. It launched Operation Peace Storm on March 26 to counter attacks on the capital. The soldiers are carrying out their activities in the region which is secured by the Libyan government without any casualties so far.

On April 18, the Libyan government forces launched a military offensive to recapture Tarhuna, a town of strategic value for Haftar and his last major stronghold in the area surrounding Tripoli. The government said that its forces captured 102 fighters and seized heavy military equipment, advancing against forces loyal to Haftar as part of the operation.Tarhuna is also a major focal point for Haftar's militias for their supply lines from Al-Jufra air base.

Haftar recently unilaterally declared that he was the ruler of Libya, ripping up a 2015 political agreement that has been the basis for all international peacemaking efforts. He claimed that he "accepted the mandate of the Libyan people," terming the Skhirat agreement of 2015 "a thing of the past." The agreement was signed in 2015 in Morocco, forming the GNA to manage the transition process in Libya. Forces loyal to Haftar on April 30 announced a unilateral cease-fire during the holy month of Ramadan. Despite the cease-fire, three civilians were killed in a rocket attack carried out by the Haftar's militias in Tripoli on the first day of Ramadan.

Moreover, on May 7, the area around Turkey and Italy's embassies in Tripoli was shelled by Haftar forces.

Meanwhile, Turkey is continuing to give training and consultancy to the Libyan army following the government’s official request within the scope of U.N. Security Council Resolution 2259.

Libyan Interior Minister Fathi Bashagha on April 22 indicated that the United Arab Emirates wants chaos in Libya. News has been circulating that the UAE sent more than 100 cargo planes this year to Haftar, while Russian mercenaries also sent support.