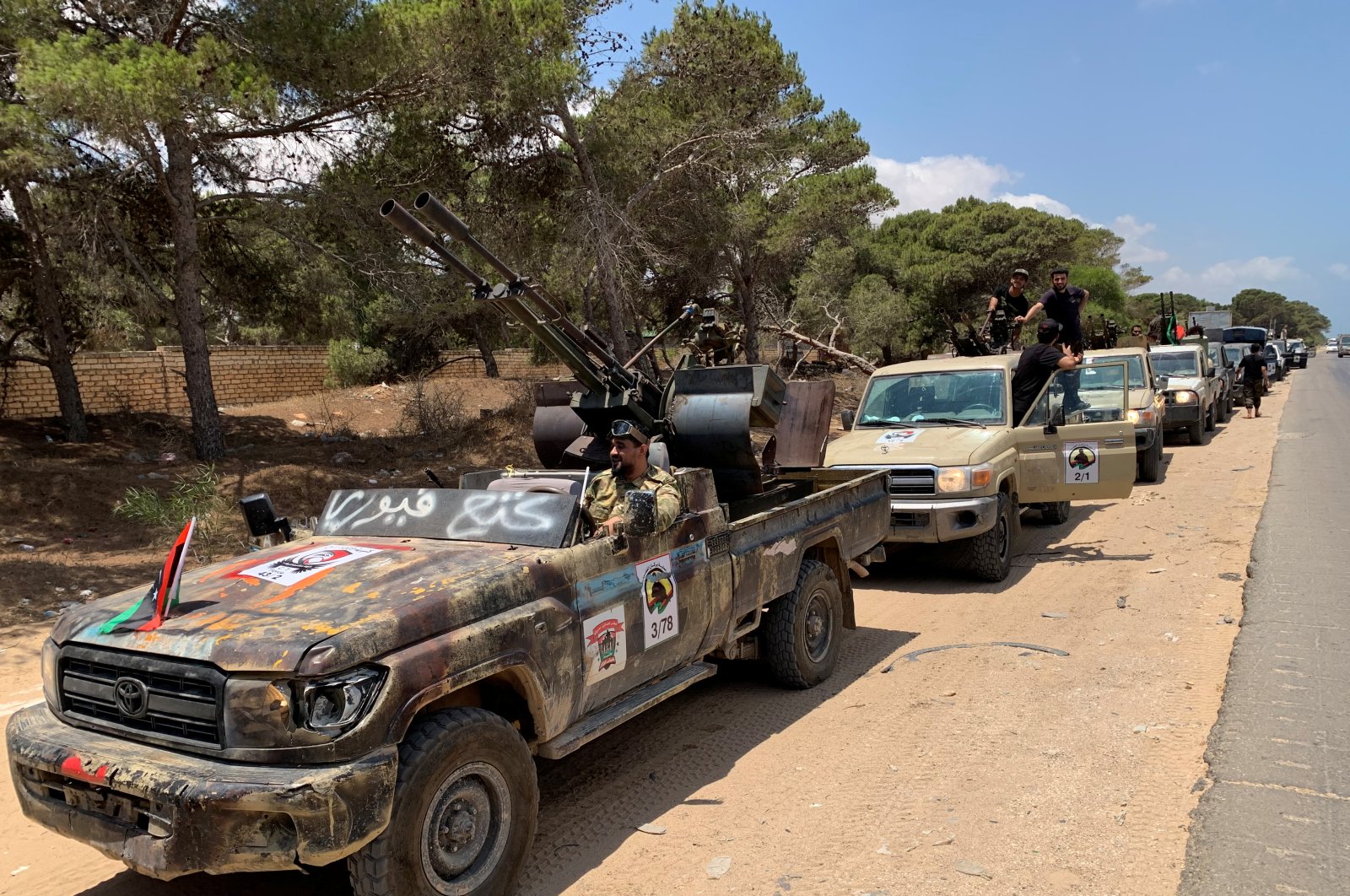 Troops loyal to Libya's internationally recognized government are seen in military vehicles as they prepare before heading to Sirte, in Tripoli, Libya, July 6, 2020. (REUTERS Photo)
by DAILY SABAH
Jul 09, 2020 1:49 pm

The Libyan Government of National Accord’s (GNA) permanent representative to the United Nations, Taher el-Sonni, said the presence of the United Arab Emirates (UAE) in political dialogues for permanent peace and stability in Libya was no longer welcome.

"The UAE is involved in supporting the failed coup attempt in Libya without a doubt and is threatening international peace and security in several regions," el-Sonni told the U.N. Security Council session on Libya in New York late Wednesday.

He went on to say that Abu Dhabi "has not been able to refute until this day what has been mentioned in the U.N. reports against it, and we no longer accept its presence in our political dialogues."

In May, several U.S. media outlets cited a "confidential" U.N. report to say the UAE formed an air bridge to supply weapons to its ally in Libya, putschist Gen. Khalifa Haftar and provided him with helicopters and drones to improve military capabilities of his militias.

The Libyan representative added that signing "security and military agreements, alliances, etc. with any country is a sovereign and legitimate right and we reject describing them as foreign interference."

"If our agreements are illegal, then all our agreements with your countries, whether security, economic, or oil, that you have concluded with us are also illegal," he added.

Condemning "threats" by Egyptian President Abdel-Fattah el-Sissi to interfere in Libya and arm the tribes there, el-Sonni said Libya "will face any assault with firmness and strength."

In a televised speech from the Egyptian city of Matrouh near the Libyan border last month, el-Sissi suggested that Cairo could launch "external military missions" into Libya "if required," saying that "any direct intervention in Libya has already become legitimate internationally."

El-Sissi told his army to "be prepared to carry out any mission here within our borders, or if necessary outside our borders" and warned that any attack on Sirte or the inland Jufra military air base by the GNA would amount to crossing a "red line."

With Turkish help, the GNA halted an assault on Tripoli and in recent months pushed back Haftar's forces, which is supported by Russia, France, the UAE and Egypt.

The oil-rich country has remained beset by turmoil since 2011 when longtime dictator Moammar Gadhafi was ousted and killed in a NATO-backed uprising after four decades in power.

The new government was founded in 2015 under a U.N.-led agreement, but efforts for a long-term political settlement failed due to a military offensive by Haftar's forces.