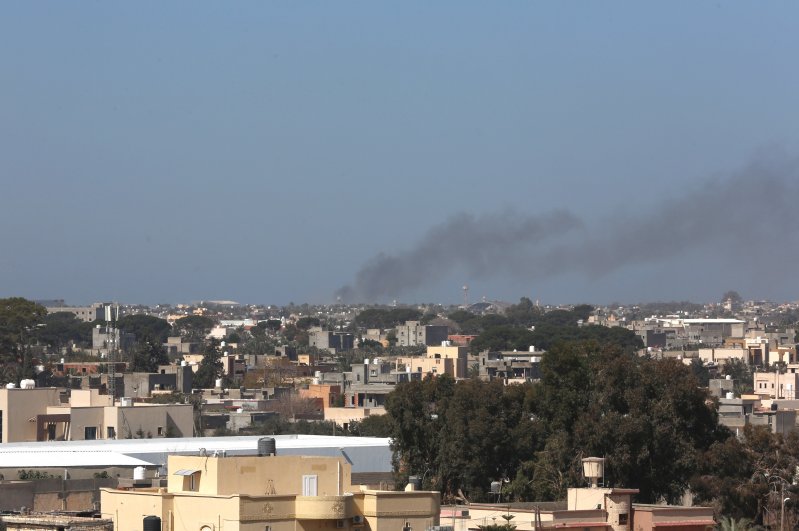 Libya's internationally recognized Government of National Accord (GNA) will soon try to push back putschist Gen. Khalifa Haftar's eastern forces that have been attacking the capital Tripoli for months, its interior minister stated after bids for a truce seem to have collapsed with a stalemate in diplomatic talks.

"The GNA and its forces do not want to see Tripoli subject to shelling every day, and it will move these forces (of Haftar) away from Tripoli," Fathi Bashagha said in an interview with Reuters late Sunday.

Bombardment around the capital has intensified in recent days and shelling has repeatedly closed the capital's only functioning airport in Mitiga, held by the GNA.

The escalation is the most serious since the announcement of a cease-fire on Jan. 12, and Bashagha said the GNA believed that Haftar had launched a new assault.

"On Friday, more than 60 missiles dropped on Mitiga and 60 dropped on Tripoli on Saturday ... so now he begins his attack," Bashagha said. "Our defense will also move to attack because there is no hope for the cease-fire," he added.

When asked if the GNA would begin a military offensive in the coming days, he said "definitely."

The U.N.-brokered diplomatic dialogues initiated to find a political and peaceful solution to the nine-year conflict in Libya seem to remain inconclusive as the latest round of talks ended without any result.

Bashagha called on the U.S. and Britain to put pressure on countries supporting Haftar and said Libya will face a major humanitarian crisis if the international community does not intervene.

In a statement earlier this week, GNA's Health Ministry said 21 civilians were killed, including women and children, and 31 injured in attacks by Haftar's militias from Jan. 9 to Feb. 20.