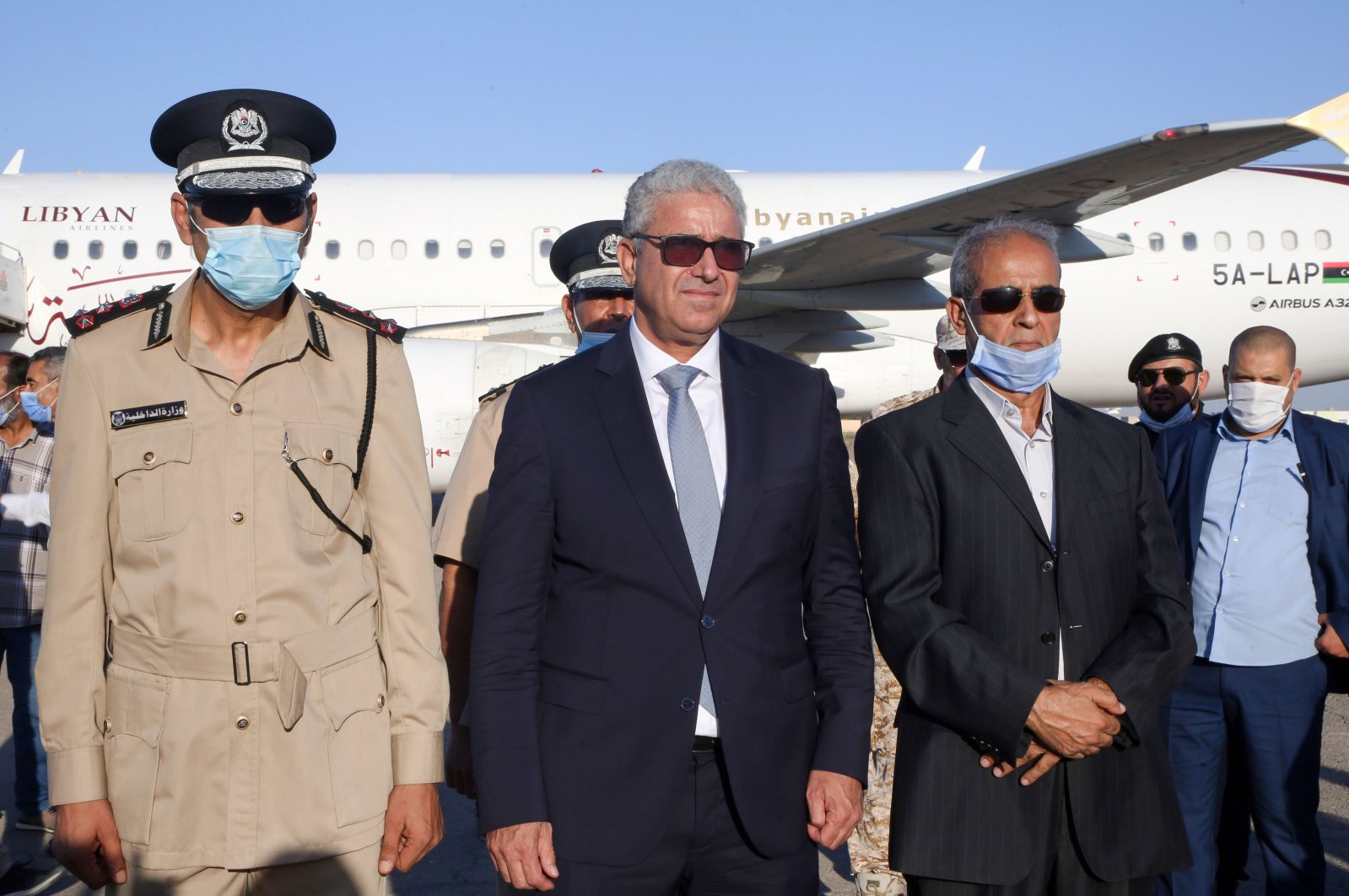 The two politicians further focused on security issues and political solutions to the country’s civil war.

Saying that he was pleased to discuss recent political developments with Bashagha, Owcza wrote on Twitter: “Impressed by his focus on Libyan unity and professional security. We agreed that all – national and international – efforts should be directed on a successful (United Nations)-led Libyan Political Dialogue.”

Foreign mercenaries and arms have poured into the country since putschist Gen. Khalifa Haftar launched his offensive against the legitimate Libyan government, further complicating a solution to the country’s almost decadelong civil war.

A U.N. report in August revealed that Russia had stepped up its logistic support for the private military contractor Wagner Group in Libya with some 338 military cargo flights from Syria in the nine months leading up to July 31 to aid its fighters that are backing eastern-based Haftar.

It also said that the Russia-based Wagner Group had up to 1,200 people deployed in Libya.

U.S. Africa Command (AFRICOM) on July 24 also accused Russia of “playing an unhelpful role in Libya by delivering supplies and equipment to the Wagner Group.”

Prior to his meeting with the Interior Minister, Owcza also met with the head of the U.N.-recognized Libyan government, Fayez Sarraj, on Sunday.

According to a written statement of the Government of National Accord’s (GNA) press office, the German envoy renewed his appreciation for the president's announcement of his desire to hand over his duties to the next executive authority that is supposed to be formed by the Libyan Parliamentary Dialogue Committee and called on all the nation's parties to ensure a legitimate and peaceful transfer of power.

The two sides agreed on the importance of adhering to the outcomes of the Berlin conference, which identified three paths to solving the Libyan crisis, "security, economic and political," leading to legislative and presidential elections.

Sarraj announced last week his intention to step down by the end of October, saying he was willing to leave his post in favor of a new executive determined by peace talks in Morocco.

The delegations from the two rival sides in the Libyan conflict met for talks earlier this month after a surprise cease-fire in August and a pledge to hold national elections.