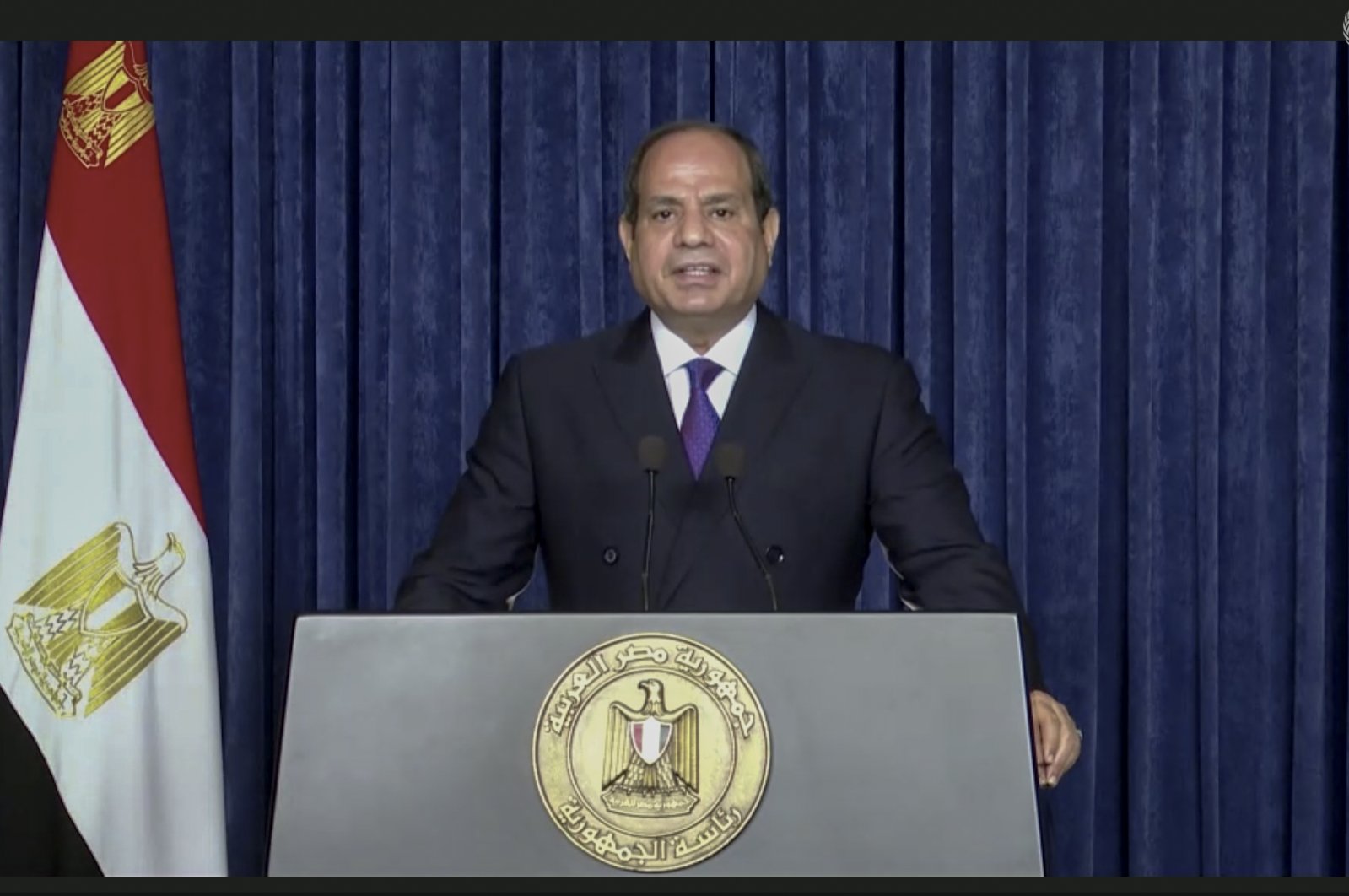 In this image taken from a UNTV video, Egyptian President Abdel-Fattah el-Sissi speaks in a prerecorded message that was later played during the 75th session of the United Nations General Assembly at U.N. headquarters in New York, Sept. 22, 2020. (AP Photo)
by DAILY SABAH Sep 23, 2020 10:31 am
RECOMMENDED

The line extending between the Libyan towns of Sirte and Jufra is considered a "redline" in the defense of the Egyptian people and national security, Egypt's President Abdel-Fattah el-Sissi stated Tuesday.

Egypt is committed to helping Libyans rid their country of armed militias and terrorist organizations, el-Sissi said, adding that the country also envisages putting an end to interference by regional countries.

"It is regrettable that the international community continues to turn a blind eye to a number of states that provide support to terrorists, whether by funds and weapons or by providing a safe haven, political and media platforms to them," el-Sissi stated.

Libya descended into chaos after the NATO-backed overthrow of leader Moammar Gadhafi in 2011. Since 2014, it has been split, with an internationally recognized government controlling the capital Tripoli and the northwest, while putschist Gen. Khalifa Haftar in Benghazi is based in the east.

Haftar is supported by the United Arab Emirates (UAE), Egypt, France and Russia, while the legitimate government is backed by Turkey.

Several reports have revealed the extent of foreign support to the warlord in recent months.

Russian support on the other side was frequently stated by the U.S. Africa Command (AFRICOM) with footage showing Russian planes in Libya, with the latest on July 24 when the command accused Russia of “playing an unhelpful role in Libya by delivering supplies and equipment to the Wagner Group.”

Furthermore, a U.N. report last month revealed that Russia has stepped up its logistic support for the private military contractor Wagner Group in Libya with some 338 military cargo flights from Syria in the nine months leading up to July 31 to aid Wagner fighters backing Haftar.

Four mercenaries from the Wagner Group were killed when a helicopter carrying ammunition crashed in central Libya, the Libyan Army said Wednesday.

"According to preliminary information, the helicopter exploded, killing 4 Russian Wagner mercenaries," he said.

The spokesperson noted that, "The helicopter was heading toward one of the oil fields used by the mercenaries as an operations center."