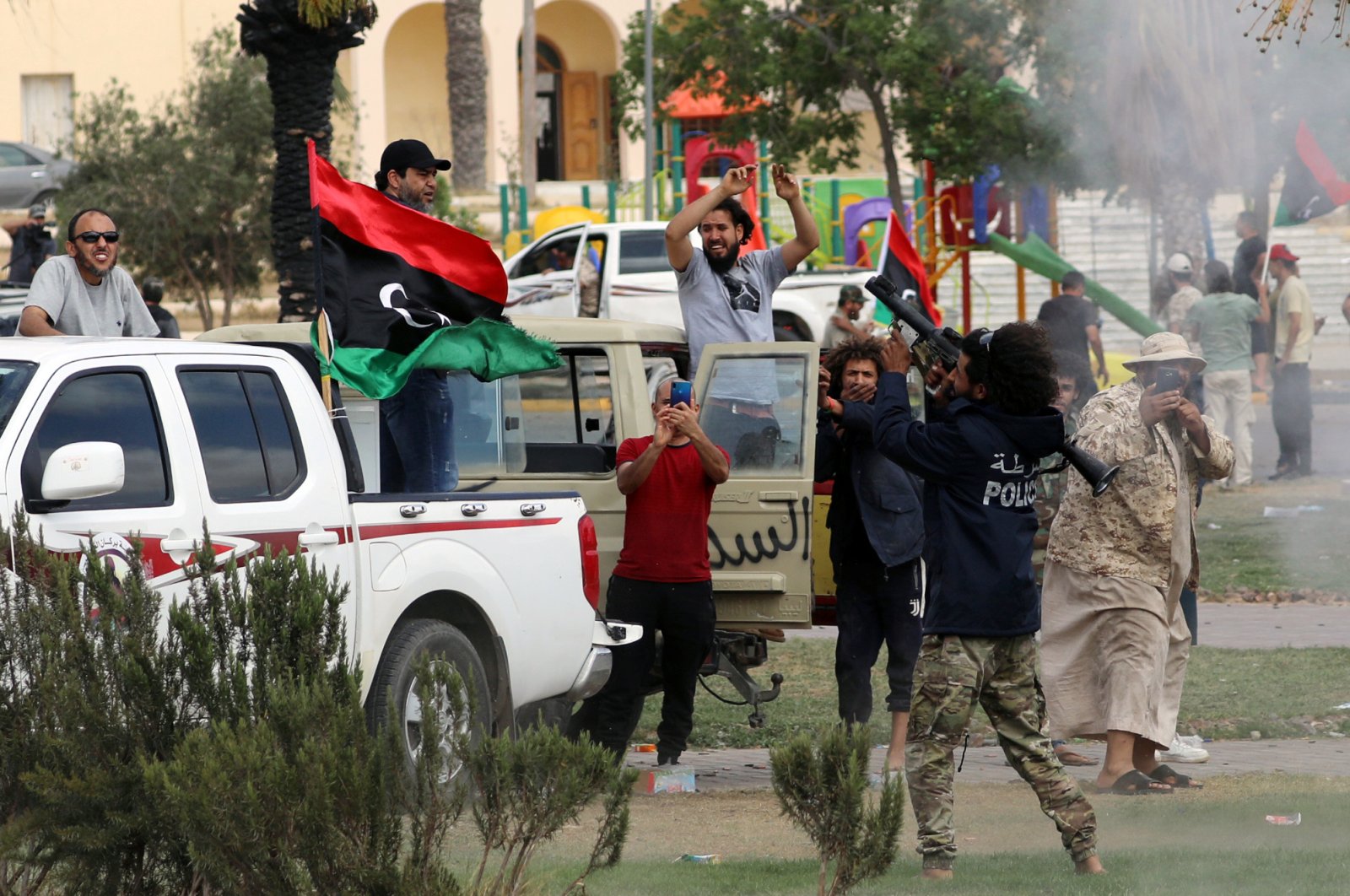 The United Nations Support Mission in Libya (UNSMIL) announced Wednesday that delegations from the Libyan government and putschist Gen. Khalifa Haftar's militias are fully engaged in the third round of talks of the 5+5 Joint Military Commission (JMC) aimed at ending the fighting in the country.

In a statement, UNSMIL said they held a meeting with Haftar on June 3 as well as one with the Libyan government delegation on Tuesday.

"Both meetings – which were conducted virtually – were productive and enabled UNSMIL to discuss with the delegations the latest developments on the ground and to receive their comments on the draft cease-fire agreement as presented by the mission to the parties on Feb. 23, 2020," UNSMIL said.

Haftar's militias have been fighting for years with the support of Arab and European countries against the Government of National Accord (GNA) in the oil-rich country, which has led to the deaths of many civilians along with extensive material damage.

"While UNSMIL commends the seriousness and the commitment of both parties in the JMC dialogue track, it calls on them (Haftar and the GNA) to de-escalate to avoid further civilian casualties and new waves of displacement," UNSMIL said.

UNSMIL said that between June 5 and 8, airstrikes and grad rockets killed at least 19 civilians, including three women and five children, in attacks in at least three locations outside the strategic coastal city of Sirte.

The United Nations along with Arab and Western countries are putting intense pressure on the two sides to stop the fighting in Libya at a time when Haftar's militias are suffering heavy losses.

Over the past couple of weeks, Libya’s conflict has taken a new turn. In a series of rapid victories, the GNA has, with Turkish support, suddenly brought most of northwest Libya back under its control, dashing Haftar's bid to unite the country by force with help from Egypt, the United Arab Emirates (UAE) and Russia.

Following the ouster of late Libyan ruler Moammar Gaddafi in 2011, the country's new government was formed in 2015 under a political deal led by the U.N.

In March, the Libyan government launched Operation Peace Storm to counter attacks on the capital and recently regained strategic locations, including al-Watiya air base and Tarhuna city, seen as a significant blow to Haftar's forces.

The strategically important city of Tarhuna, regarded as the last stronghold of Haftar, was liberated by the Libyan Army on Friday.

U.S. Secretary of State Mike Pompeo on Wednesday welcomed the resumption of talks led by the U.N. between Libya's warring sides and urged speedy negotiations to achieve a cease-fire.

"The agreement between the GNA and LNA to re-enter U.N. security talks was a good first step, very positive," Pompeo said, referring to the internationally recognized GNA and the so-called Libyan National Army, led by eastern-based commander Haftar.

"Quick and good-faith negotiations are now required to implement a cease-fire and relaunch the U.N.-led intra-Libyan political talks," Pompeo told a news conference.

While the United States has said it opposes Haftar's offensive, it has not thrown its support behind the GNA. It has also lambasted Russian involvement, a stance reiterated on Wednesday by Pompeo.

"It’s time ... for all Libyans and all sides to act so that neither Russia or any other country can interfere in Libya’s sovereignty for its own game," Pompeo said.

U.S. President Donald Trump also spoke to Egypt’s Abdel Fattah al-Sisi on Wednesday and praised his efforts to promote political reconciliation in Libya, the White House said. The two leaders discussed ways to resume the U.N. cease-fire talks and the departure of all foreign forces from Libya.

Trump also discussed Libya in a call on Monday with Turkish President Recep Tayyip Erdoğan, who said the two agreed on "some issues."

In another phone call, Erdoğan on Wednesday also spoke with his Russian counterpart Vladimir Putin to discuss the latest situation in Libya and Syria’s Idlib.

Egypt called for a cease-fire starting on Monday, as part of a wider political initiative, which was welcomed by Russia and the United Arab Emirates. Turkey dismissed it as an attempt to save Haftar following the losses he suffered on the battlefield.

Turkish Foreign Minister Mevlüt Çavuşoğlu said the recent call by Egypt for a cease-fire in Libya was "stillborn."

Speaking to Turkish media on Thursday, Çavuşoğlu said he was unconvinced of the "sincerity" of the so-called Cairo Declaration, citing recently intensified aggression against Libya's U.N.-recognized government by Haftar, who is supported by Egypt.

"A cease-fire call to save Haftar is not sincere or convincing to us," he said, adding that the U.S. needed to play a more active role in Libya, both in achieving a cease-fire and in bringing players to the negotiating table.

Çavuşoğlu said the involvement of the U.S., a NATO ally, was important to protect the alliance's interests, adding that Turkish and U.S. officials would discuss possible steps, as Erdoğan and Trump had before agreed.

"For some reason, the United States has not been so active in Libya, perhaps because of past traumas," he said in an interview with broadcaster NTV.

The secretary-general underscored that NATO looked "positively" on Turkey's involvement in Libya and that Erdoğan had held telephone conversations with both himself and Trump on the issue.

Çavuşoğlu stressed that a truce must be signed at a platform in which all sides could come together. "If a consensus is reached on a platform where everyone comes together under the umbrella of the United Nations, that cease-fire will be credible and permanent," he added.

As the course of the Libyan conflict has turned negative for Haftar in recent weeks, a Libyan official close to him has sought support from Israel, an Israeli daily reported Wednesday.

"We have never and will never be enemies with Tel Aviv, and we hope you will support us," said Abdul Salam al-Badri, deputy prime minister of the putschist government in eastern Libya allied with Haftar, addressing Israeli Prime Minister Benjamin Netanyahu via Israel's Makor Rishon daily.

Al-Badri, who is based in Haftar's stronghold of Benghazi, called on Israel to join a new political initiative with Greece, Greek Cyprus, Egypt and Lebanon to reach a joint maritime agreement.

He said the initiative is to confront the recent maritime border agreement signed between Turkey and the internationally recognized Libyan government.

While expressing support for the two-state solution between Palestinians and Israelis, al-Badri added that "we look for a new map that takes into consideration the interests of our countries alongside the other countries in the region."

Libya has no official ties with Israel, and there is both official and public aversion to normalizing relations with Tel Aviv.