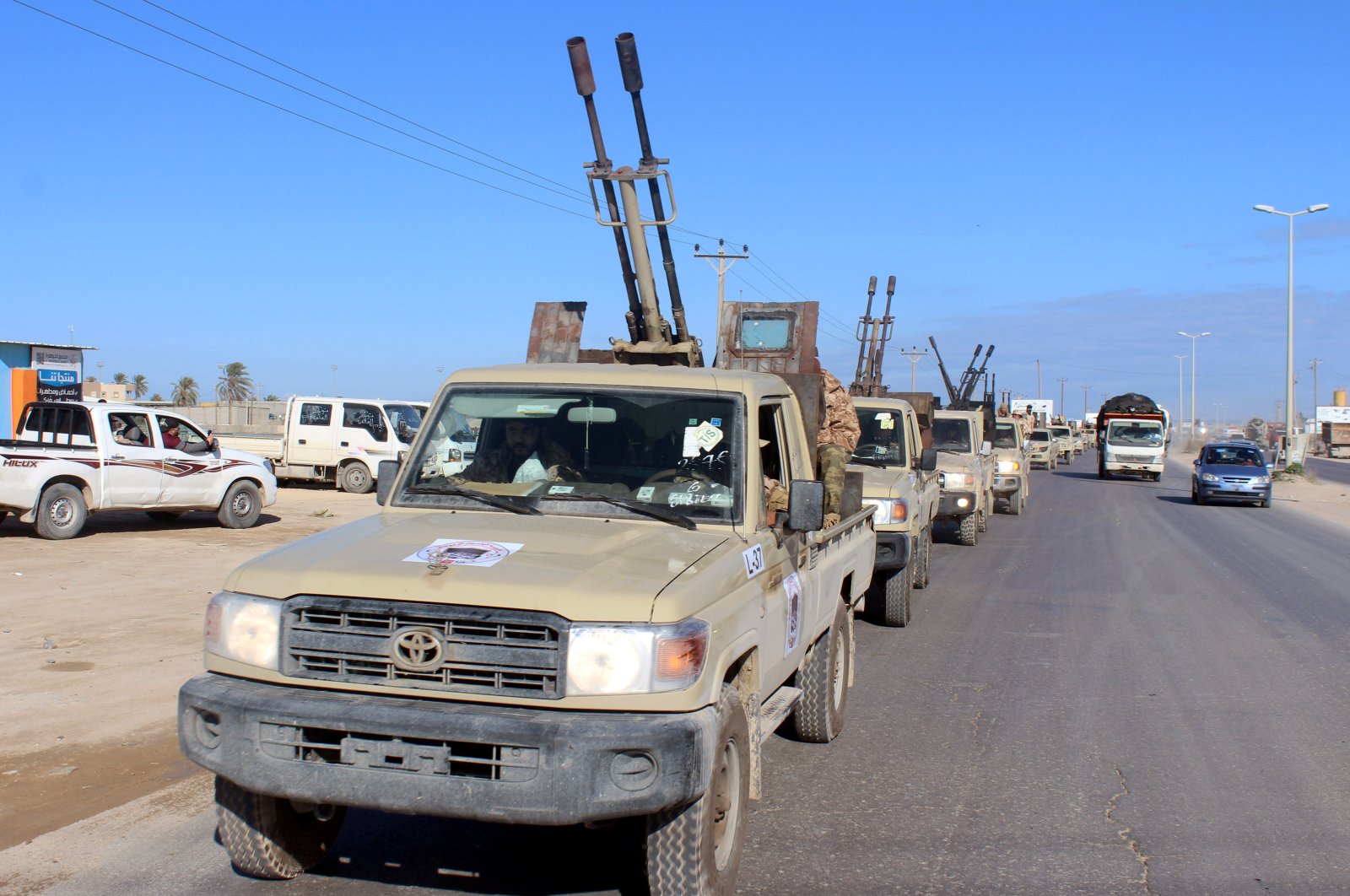 Military vehicles of the Libyan internationally recognized government forces head out to the front line from Misrata, Libya Feb. 3, 2020. (Reuters Photo)
by DAILY SABAH WITH AA May 27, 2020 9:30 am
Edited By Nurbanu Tanrıkulu Kızıl
RECOMMENDED

More than 90% of the mercenaries from Russia's Wagner Group which supported putschist General Khalifa Haftar have left the town of Bani Walid in Libya in a big convoy, its mayor said Tuesday.

Haftar’s forces threatened last week to attack Turkish targets in Libya after receiving eight military planes following heavy losses as a result of a series of successful operations by the Libyan Army.

Accordingly, the Libyan Interior Ministry in the same week stated that the government received information that Russia sent eight fighter jets to the Haftar militia.

Haftar, the leader of illegal armed forces in eastern Libya, who has targeted the government for over a year now, intensified attacks on civilians in May.

Following the ouster of late ruler Moammar Gadhafi in 2011, Libya's government was founded in 2015 under an U.N.-led political agreement.

The government, which has been besieged by Haftar's forces since April 2019, launched Operation Peace Storm on March 26 to counter attacks on the capital Tripoli and other parts of northwest Libya.