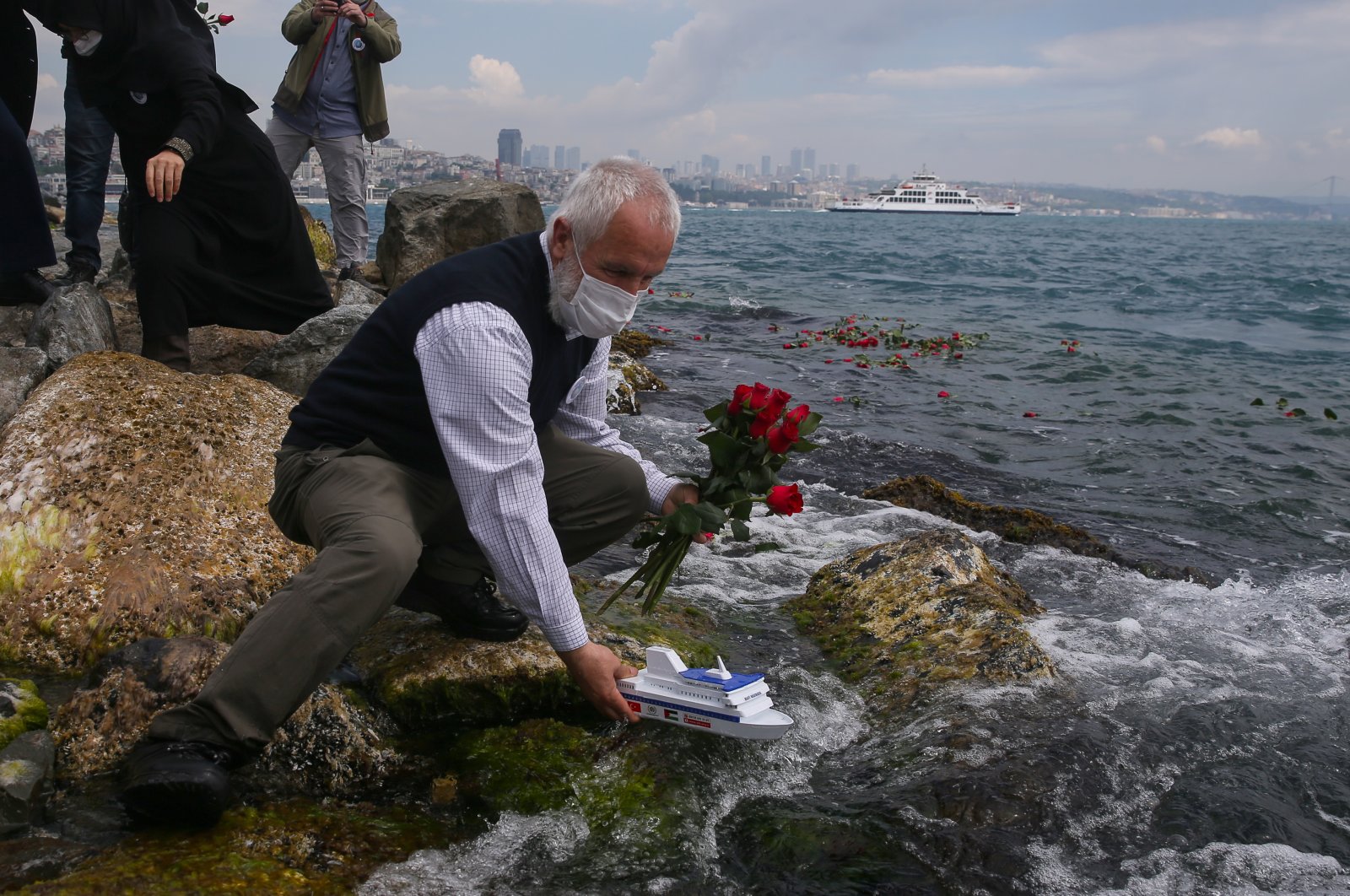 The Humanitarian Relief Foundation (IHH) organized a commemoration for the Mavi Marmara victims, Istanbul, Turkey, May 29, 2020 (AA Photo)
by DAILY SABAH WITH AA Jun 01, 2020 11:31 am
Edited By Dilara Aslan
RECOMMENDED

An Istanbul-based aid organization on Sunday organized an online event, marking the 10th anniversary of the deadly Mavi Marmara incident in which a ship carrying aid for Palestinians was attacked by Israeli soldiers.

Nine Turkish activists aboard the Mavi Marmara aid vessel, part of a flotilla traveling to the Gaza Strip to deliver humanitarian aid, were killed on May 31, 2010, when Israeli troops stormed the vessel at sea before it reached the Palestinian territories. A 10th victim succumbed to his wounds in 2014 after being in a coma for years. Another 56 were wounded.

The amount of aid sent to the people of Gaza has significantly increased since the brutal attack on Mavi Marmara aid ship, he said.

“A decade has passed, but the Mavi Marmara killings I saw still shape me,” Jamal Elshayyal, a journalist that was onboard the Mavi Marmara told Al-Jazeera on Saturday, adding that it was a night that he would never forget and an experience that reminded him of “what an unjust world we live in.”

The flotilla was on its route to Gaza with the participation of more than 700 volunteers from 37 countries when it was attacked.

The incident led to Turkish-Israeli relations to sink to a new low, and the two countries, already at odds over the blockade of Gaza Strip, virtually froze ties. The two countries had withdrawn their respective ambassadors although they started to seek ways for reconciliation years later. Israel agreed to increase reparations for the victims to $20 million, and a draft of an agreement between the two states was written in February 2014.