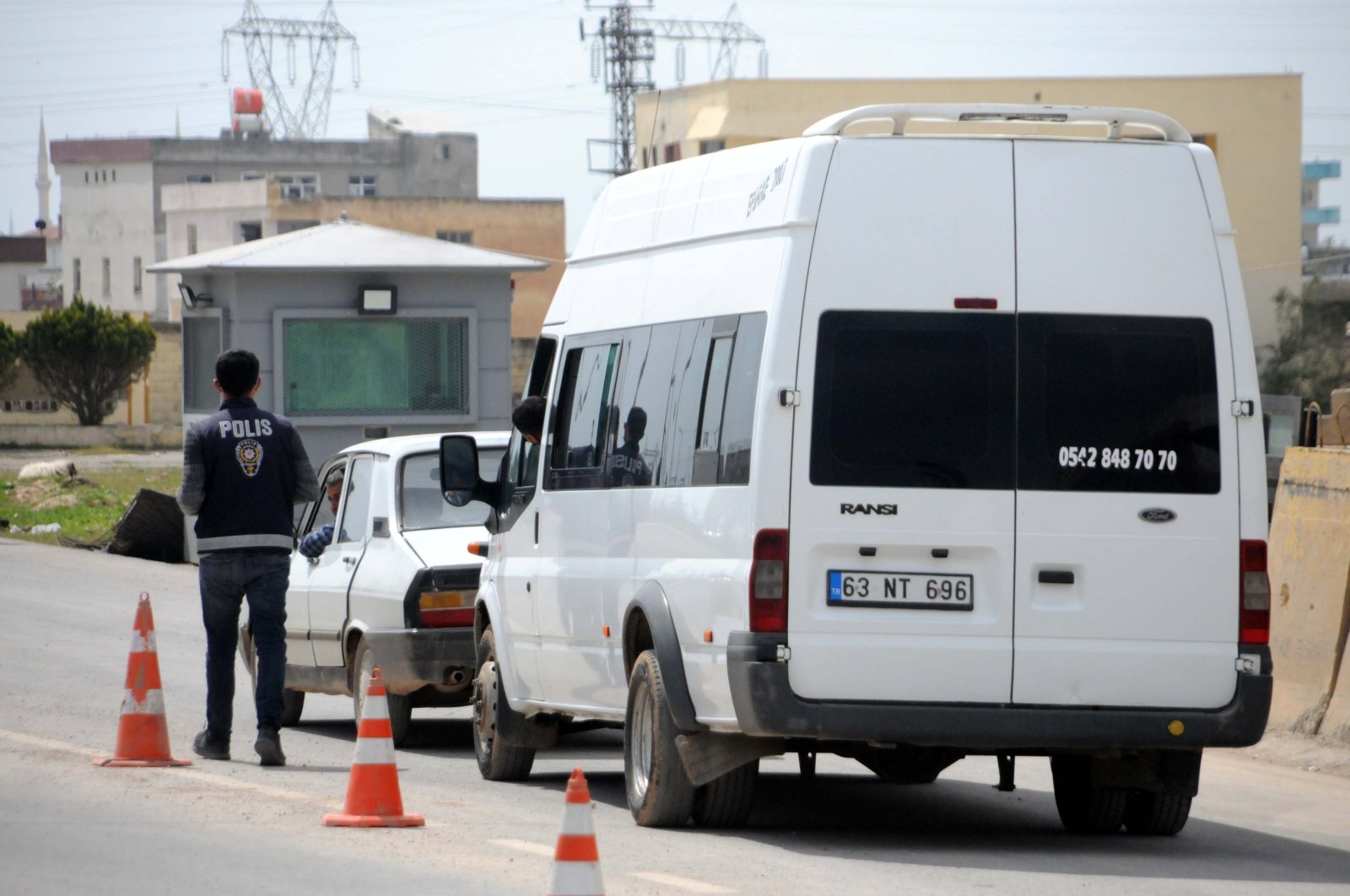 Turkey has tightened measures near the Syrian border against the coronavirus outbreak. In southeastern Şanlıurfa province’s Ceylanpınar district bordering Syria, the entrances to the district are being controlled by police.

In line with the Interior Ministry’s decision, police forces stop vehicles at the district entrance and take each passengers’ temperature. If anyone has a high fever, police officials inform health personnel for further medical examination. Also, all passengers are subjected to identification control. Those under 20 or over 65 are fined TL 3,000 ($443) if they do not have official permission to travel.

On Friday, the government issued a stay-at-home order for Turks under the age of 20, on top of the existing requirement for those 65 and over, plus one for mandatory use of masks in crowded public places, shops and workplaces.

On Sunday, Turkey announced the country's death toll from the coronavirus had risen by 73 to 574, while confirmed cases surged to over 27,000.

After originating in Wuhan, China last December, the coronavirus has spread to at least 183 countries and regions across the world, with its epicenter shifting to Europe.

The pandemic has killed more than 69,000 people worldwide and infected over 1.2 million, with over 259,000 people recovering from the disease, according to figures from U.S.-based Johns Hopkins University.