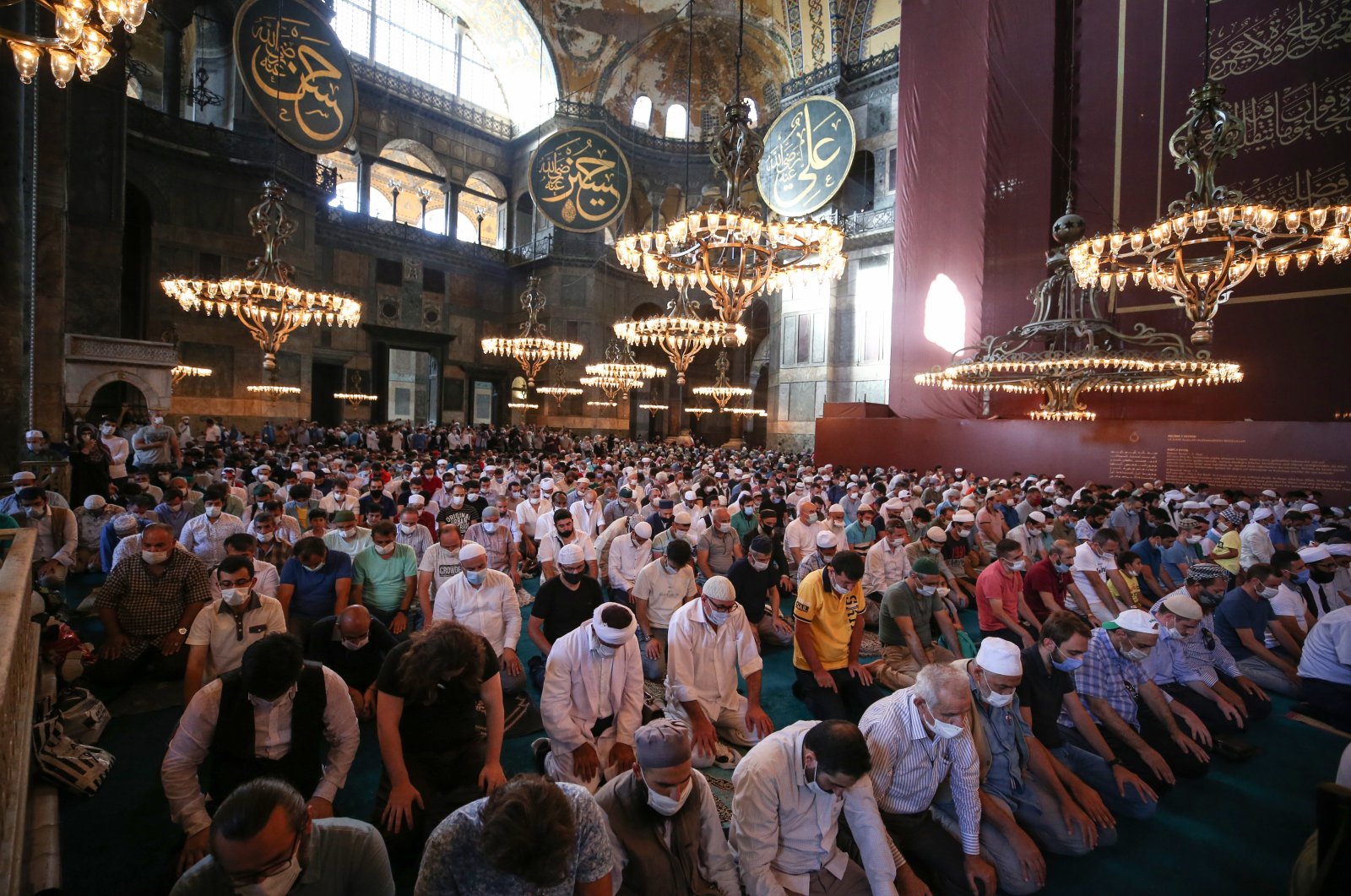 Muslims around Europe hailed the opening of Turkey's Hagia Sophia Grand Mosque, where communal prayers were held for the first time in 86 years on Friday.

Speaking to Anadolu Agency in Brussels, Suleyman Murtaza said that the opening of Hagia Sophia for worship was a very important development for the Muslim world.

"I saw Erdoğan praying there. I also watched it live. It was magnificent," he said.

Belgian Muslim Dema Habib also praised the move. "I haven't seen the mosque, but I would love to see it," Habib added.

Speaking to Anadolu Agency in Stockholm, Iraqi-origin Karwan Mohammed Abu Bakir said: "I am very happy that Hagia Sophia has opened as a mosque again. Praise to Allah, it has opened with Friday prayer, we are very happy.''

"We are grateful to those who have contributed to turning the Hagia Sophia into a mosque," said Ahmed Eltantavi, another Swedish Muslim.

On July 10, a Turkish court annulled a 1934 Cabinet decree that transformed the Hagia Sophia into a museum, paving the way for its use as a mosque.

Friday's historic prayers marked the first acts of worship there in 86 years.

Some 350,000 people took part in the traditional Friday prayers at the historic mosque in Istanbul.

Before the prayers, Turkish President Erdoğan recited from the Qur'an inside the reverted mosque, choosing verses from both the Surah Al-Fatihah and the Surah Al-Baqarah.

Besides functioning as a working mosque, the Hagia Sophia is also among Turkey's top tourism destinations for domestic and foreign visitors alike.

In 1985, Hagia Sophia was added to the UNESCO World Heritage List.