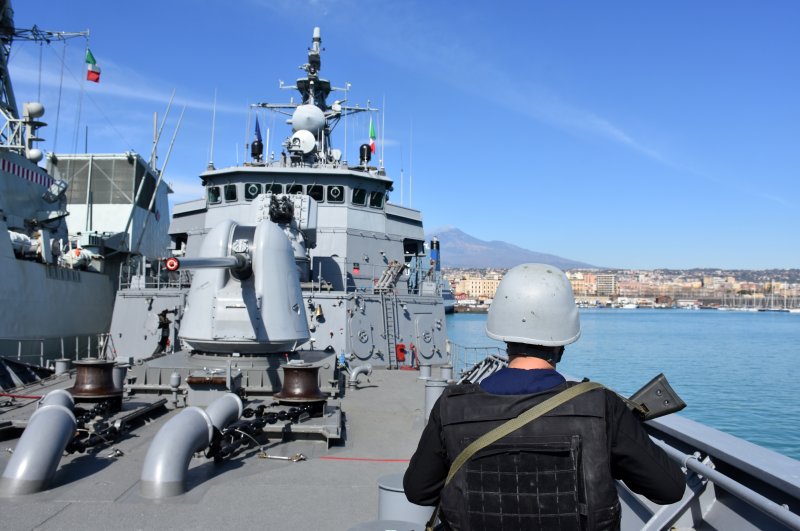 NATO’s “Dynamic Manta-2020” drill started on the Mediterranean island of Sicily on Monday. The military exercise aims to enhance cooperation between allies through war games conducted both at the surface and below the water.

Expected to last until March 6, the drill began with the participation of nine allied nations, including Turkey, Canada, France, Germany, Italy, Spain, the U.K. and the U.S. Italy is hosting the drill along the shores of the Sicily, in an operation involving the ships and submarines of nine countries. A total of eight frigates, five submarines and five maritime patrol aircraft are expected to participate in the drill.

The complex training exercises aim to boost the coordinative capacities of all participating countries in order to increase efficiency in defense.

The drill has been orchestrated principally to test out NATO’s maritime forces in order to evaluate the alliance's capacity in case of unexpected and urgent events, said Rear Adm. Paolo Fantoni, commander of the Standing NATO Maritime Group 2, to Anadolu Agency (AA).

Turkish Maritime Forces, with its more than 10 warships operating across the eastern and central Mediterranean area, was one of the military forces that contributed most to the NATO drill.

The country used one Barbaros frigate, the TCG Salihreis, a Preveze submarine, the TCG March 18 and a maritime patrol aircraft (P-235) in the exercise.

Turkey has been a member of NATO since 1952 and has the second biggest army of the organization after the U.S.