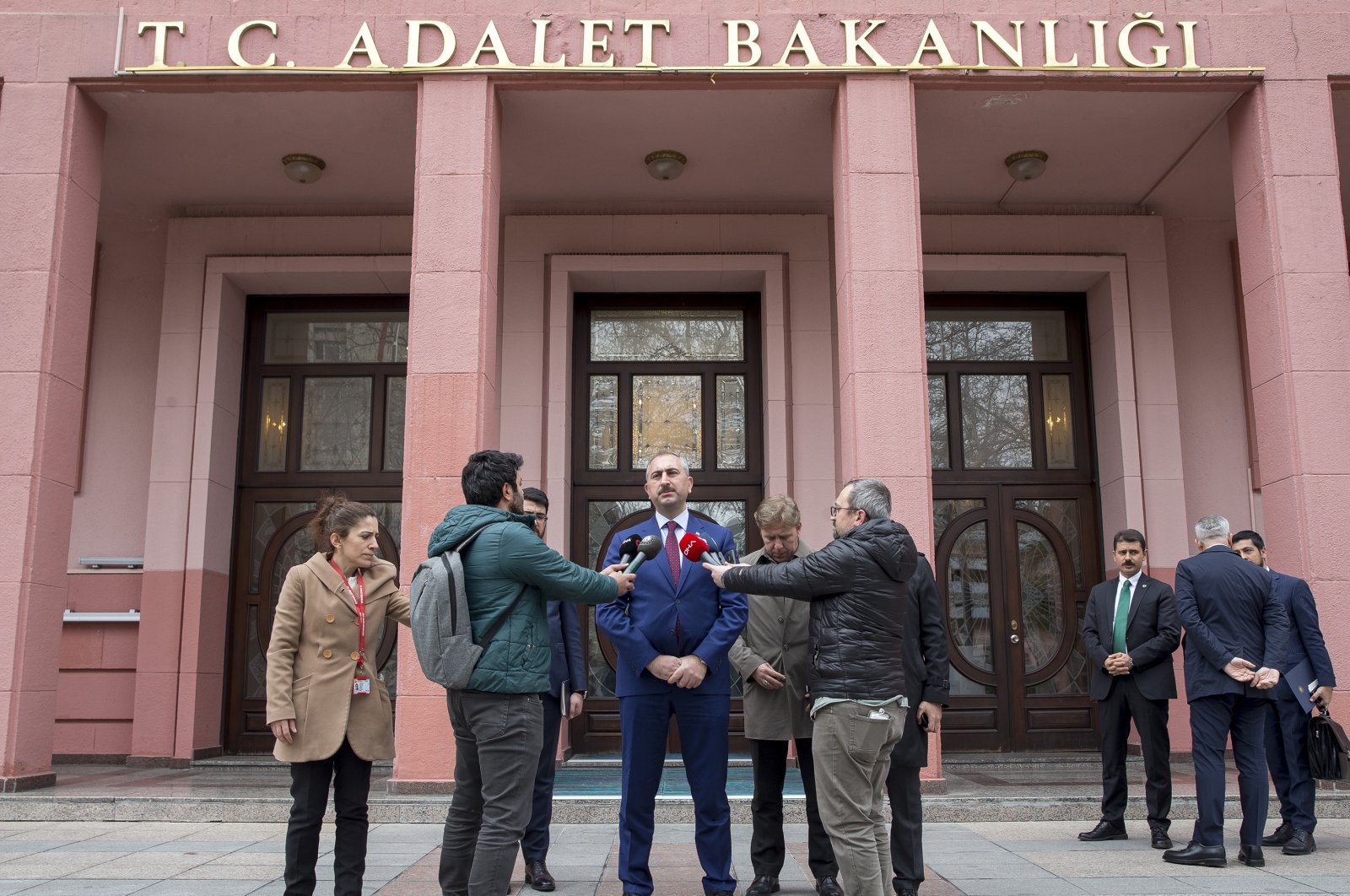 Once passed into law, the package, which includes a series of amendments in the code of civil procedure, will start a new period in the judiciary. It will also help conclude 4 million files will be faster and at a lower cost.

"We're going to introduce mediation in consumer disputes. It will be a great addition," Justice Minister Abdulhamit Gül said Friday.

Once the 63-article proposal passes into law, cases will be simplified, while problems leading to the prolongation of proceedings will be eliminated and the vitality of business life will be preserved, reported Anadolu Agency (AA).

Parties, testifiers, experts and referees will be able to participate in the hearing from their locations, using the sound and video information system (SEGBIS). Thereby, a legal basis will be prepared to use video communication technologies during the trial process.

In the case of a decision of non-jurisdiction or a decision of rejection of venue is submitted to the court, a two-week period to send the file to the competent court will start after the date of notification.

Commercial courts and the specialized court for intellectual and industrial property rights will be established in city centers and cases from districts linked to the provinces will be tried at these courts. With this regulation, these trials of technical qualification will be heard in expert and specialized courts.

On the other side, mediation will be rendered obligatory before the opening of trials in consumer disputes that are not within the duty of consumer arbitral committees.

Mediation with a cause of action will be free of charge. Around 50,000 files yearly will be resolved within the scope of obligatory mediation. Mediation in consumer disputes will take one month at the maximum.

Parliament passed the first package in a set of landmark judicial reforms last October. What senior lawmakers are calling "trust ensuring, accessible justice," the judicial reforms look to contribute to the country's judicial system by raising standards regarding individual rights, liberties and democracy.

The nine targets are: protection and improvement of rights and freedoms, improvements of judicial independence, objectivity and transparency, improving both the quality and quantity of human resources, increasing performance and productivity, enabling the right of defense to be used effectively, making justice more approachable, increasing the effectiveness of the penalty justice system, simplifying civil justice and administrative procedure and lastly, popularizing alternative mediation methods.