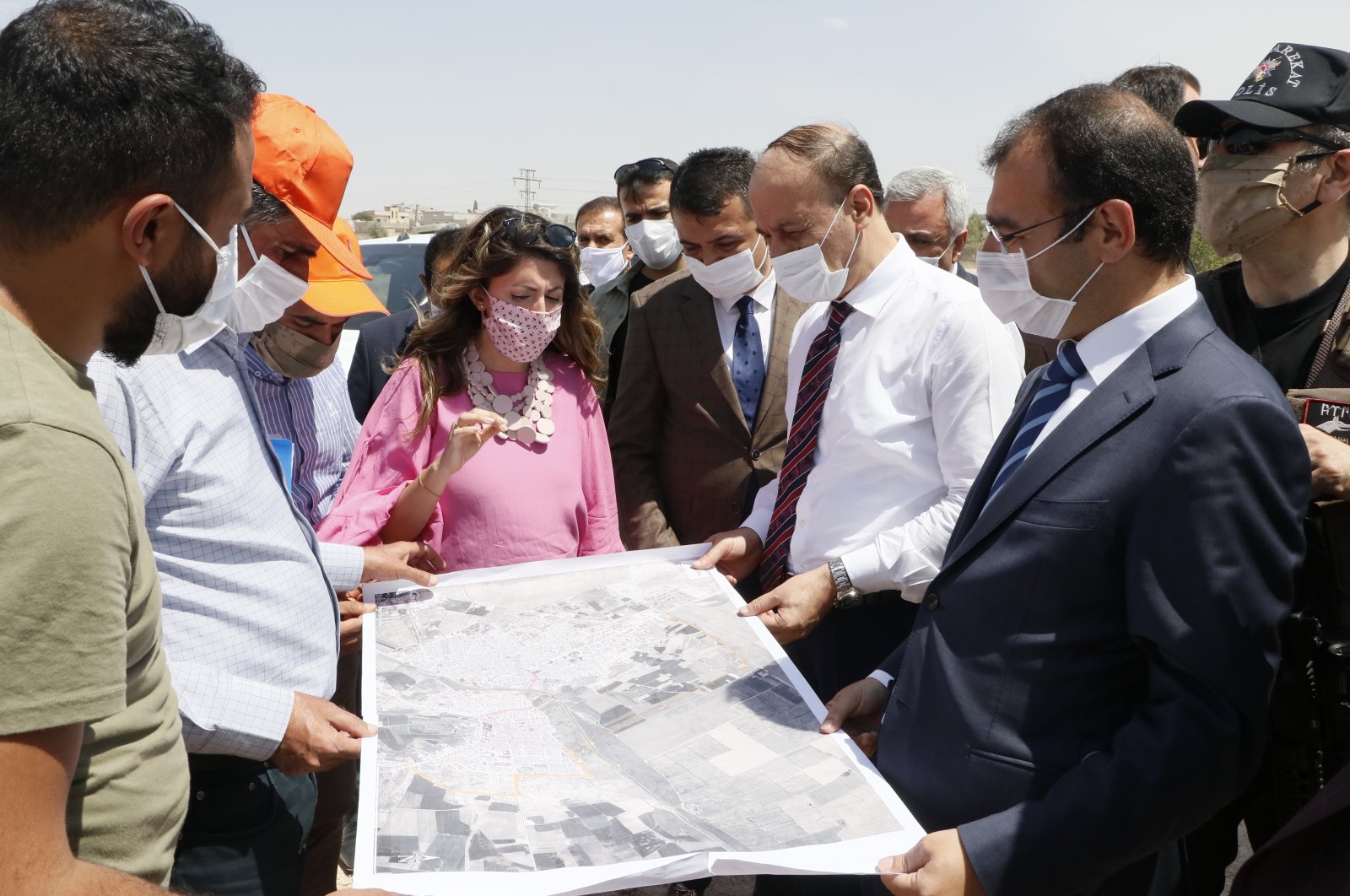 During inspections at the Ras al-Ayn gate, Erin told Anadolu Agency (AA) that areas liberated from the YPG/PKK terrorist group have found peace and stability.

Discussing the success of a similar gate, he said: “We currently have the Akçakale customs gate linking Tal Abyad to Akçakale. The Tal Abyad customs gate was opened soon after Operation Peace Spring. We all have seen that after the opening of the gate, trade developed in the region, enabling producers to sell their products to Turkey easily, which revived economic, trade and social life in Tal Abyad.”

Erin indicated that the gate was constructed in coordination with the Şanlıurfa Governorate and Turkey’s Trade Ministry.

Erin stressed that the opening of the gate will be good for both Ras al-Ayn and Ceylanpınar.

Turkey launched Operation Peace Spring on Oct. 9 to eliminate YPG/PKK terrorist elements east of the Euphrates to secure the country's borders, aid in the safe return of Syrian refugees and ensure Syria's territorial integrity. As part of the operation, on Oct. 12, Ras al-Ayn was officially free of terrorist elements.

Since then, Turkish soldiers and institutions have implemented a wide range of measures to eradicate traces of terrorism in the liberated Ras al-Ayn and Tal Abyad provinces by repairing hospitals and schools, demining the region and providing vital COVID-19 aid.

Tal Abyad and Ras al-Ayn, together with other liberated areas, have been put back on the road to normalization with Turkey's rebuilding efforts. Citizens frequently voice that daily life is getting better as a result of the reconstruction of infrastructure, while roads and waterworks have also been repaired.