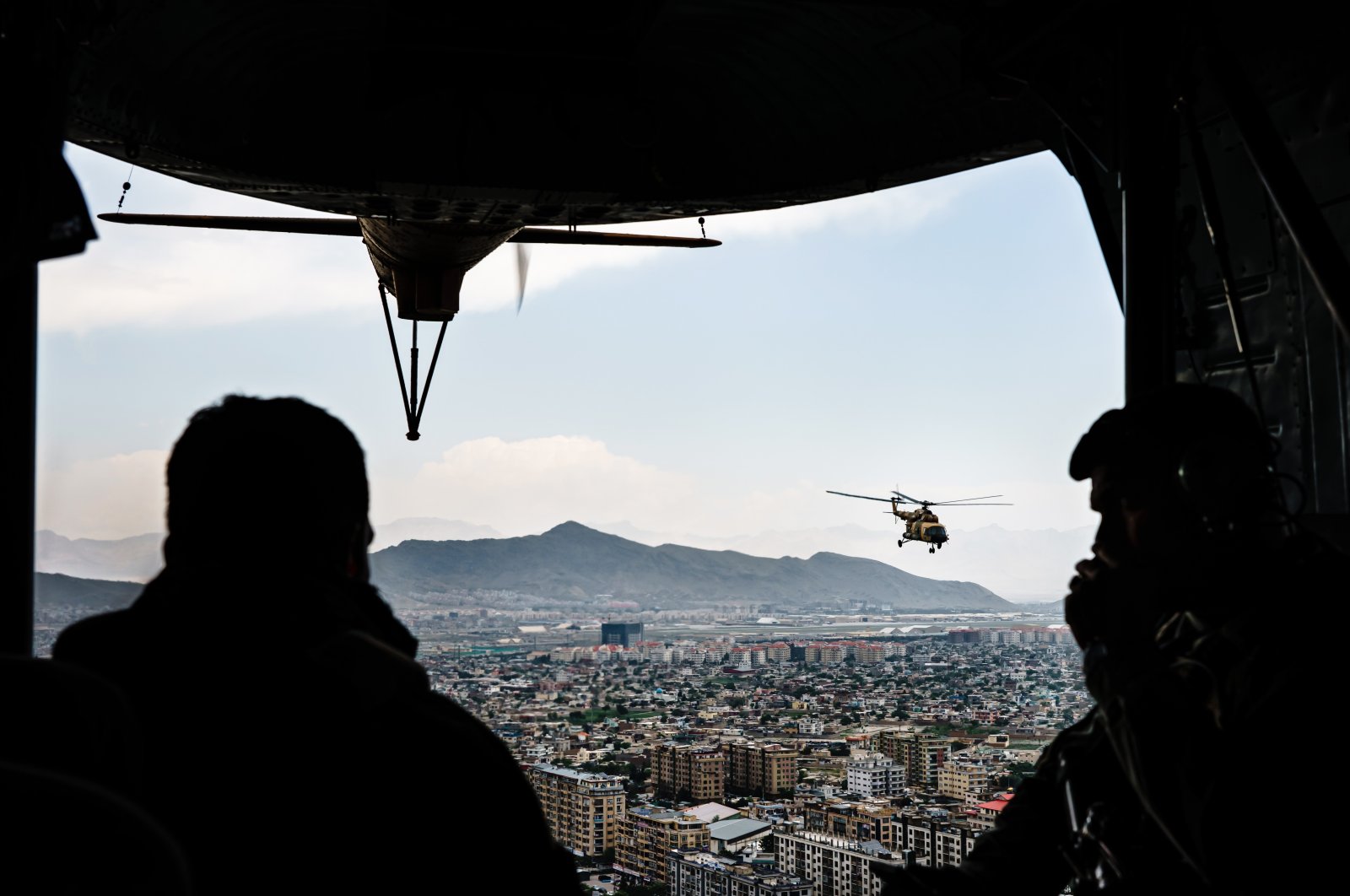 As all eyes turn to the meeting between Recep Tayyip Erdoğan and U.S. President Joe Biden in Brussels Monday, Afghanistan emerged as a joint working area alongside the broad issues of disagreement between Ankara and Washington. These days, the White House administration is discussing Turkey's proposed plans to ensure security and stability in Afghanistan, which has become almost a second Vietnam for the United States over the last two decades.

In multiple statements issued by Foreign Minister Mevlüt Çavuşoğlu and Defense Minister Hulusi Akar, Turkey has communicated its recommendations and road map on the issue with Washington.

The United States decided to withdraw from Afghanistan exactly 20 years after the Sept. 11 attacks on World Trade Center. The offensive was launched during George W. Bush’s presidency, the U.S. occupied the country under the name of its "War on Terror."

Afghanistan, where the gradual withdrawal began under the Barack Obama administration resulted in similar failures in terms of the "state-building" process after the U.S. invasion. Drone strikes carried out by U.S. forces in the country have caused the highest number of civilian casualties in history in the same term.

Far from achieving stability and peace, the current U.S. president has now begun considering ways to get out of the country as soon as possible. All the while, he had to sit at the same table as the Taliban, where he actually fought, and when he found out that he doesn't have a seat anymore, he decided to withdraw completely from the country.

Finally, at the request of the U.S., an international conference on Afghanistan was being planned in Istanbul in April but was postponed due to the refusal of the Taliban. Now, in the midst of the deadlock, Turkey's proposal appears attractive for Washington as Turkey can stay in Afghanistan in the upcoming period, depending on the circumstances, Akar said in an exclusive interview with Daily Sabah Monday.

The issue, which was also raised and discussed during last week's NATO Defense Ministers' Meeting and U.S. Deputy Secretary of State Wendy Sherman's visit to Turkey, is expected to be finalized during the Erdoğan-Biden meeting in Brussels on June 14.

Why Turkey is the right country for this mission is a well-known fact from experience. So, what is Turkey's proposal for Afghanistan? Turkey has offered to permanently take over security at Turkey's Hamid Karzai International Airport if political, financial and logistical support is provided. The friendly relations of the Turkish and Afghan people, based on a long history, are one of the most important factors behind Turkey's confidence on this issue.

It is also very clear that NATO and the U.S. need Turkey again in such an important area at such a time. NATO, which has yet to demonstrate an effective presence even in conflict areas like Ukraine and Belarus, needs Turkey's strong image and its effective prestige in countries like Afghanistan, both in the future of NATO-Turkey relations and in the resurgence of NATO's power. On the other hand, Turkey has no purpose other than to ensure peace and calm in Afghanistan and aims to stay in the country as long as the Afghan people want.

Just after this discussion and negotiations, a statement from the U.S. Department of Defense came Wednesday. "We are in discussions with Turkish officials about security plans at Kabul airport. This is a decision that President Erdoğan must make, and we will respect it. Security at the airport is important for the diplomatic presence of both the U.S. and other nations in Kabul,” the Pentagon statement said.

On the other hand, the Taliban has declared that it is under no obligation not to attack international forces and poses a security risk for foreign troops in the country, perhaps except Turkey because of its successfully conducted missions in the last two decades.

Turkey, which began contributing to the security and assistance operation in Afghanistan in 2002, has about 2,000 troops in the country. Turkish military trains national security forces and helps the Afghan people with security and stability.

Although there are positive signals from the U.S. on the potential mission of Turkey in Afghanistan, Turkey continues to receive mixed signals about Ankara-Washington relations.

"Turkey is not behaving the way a NATO ally should," U.S. Secretary of State Antony Blinken told Democratic Senator Robert Menendez, who is known for his unconditional opposition to Turkey, at the Senate Foreign Relations Committee hearing Wednesday.

"It is no secret that we have differences with Turkey," Blinken said, adding," I think it is in our interest to try to keep Turkey on our side on some critical and Western issues." He also said the U.S. and Turkey have "significant and overlapping interests" on issues "such as Syria, counterterrorism, Afghanistan, overcoming some of the bad influence of Russia and Iran."

On a similar note, White House spokesperson Jennifer Psaki said Wednesday that the meeting between Biden and Erdoğan was an opportunity for diplomacy. Psaki said there were strong disagreements on certain issues and various areas that the two countries should continue to work together on.

All these statements point to Biden's possible approach toward Turkey in the Brussels meeting. It is quite predictable that differences and areas that can be collaborated on will be emphasized and put on the table by both parties.

However, it is more difficult to expect Ankara to take a step back on issues like the S-400, energy activities and Turkey's rights in the Eastern Mediterranean, as well as the YPG/PKK presence in Syria and Iraq, the Gülenist Terror Group (FETÖ) presence in the U.S., which are the biggest disputes between the two countries.

Since all of these are national security problems for Turkey, these issues are more than just politics for the Turkish people but Washington insists on ignoring them.

Nevertheless, the humanitarian situation in Syria, the regional and global fight against terrorism, the coordination areas in Libya, the Caucasus, Afghanistan and NATO are an opportunity for Washington to reaccelerate relations with Ankara, and Afghanistan can be the first step toward achieving that target.