As a dark force in the Middle East, the UAE hinders regional peace, democracy, freedom 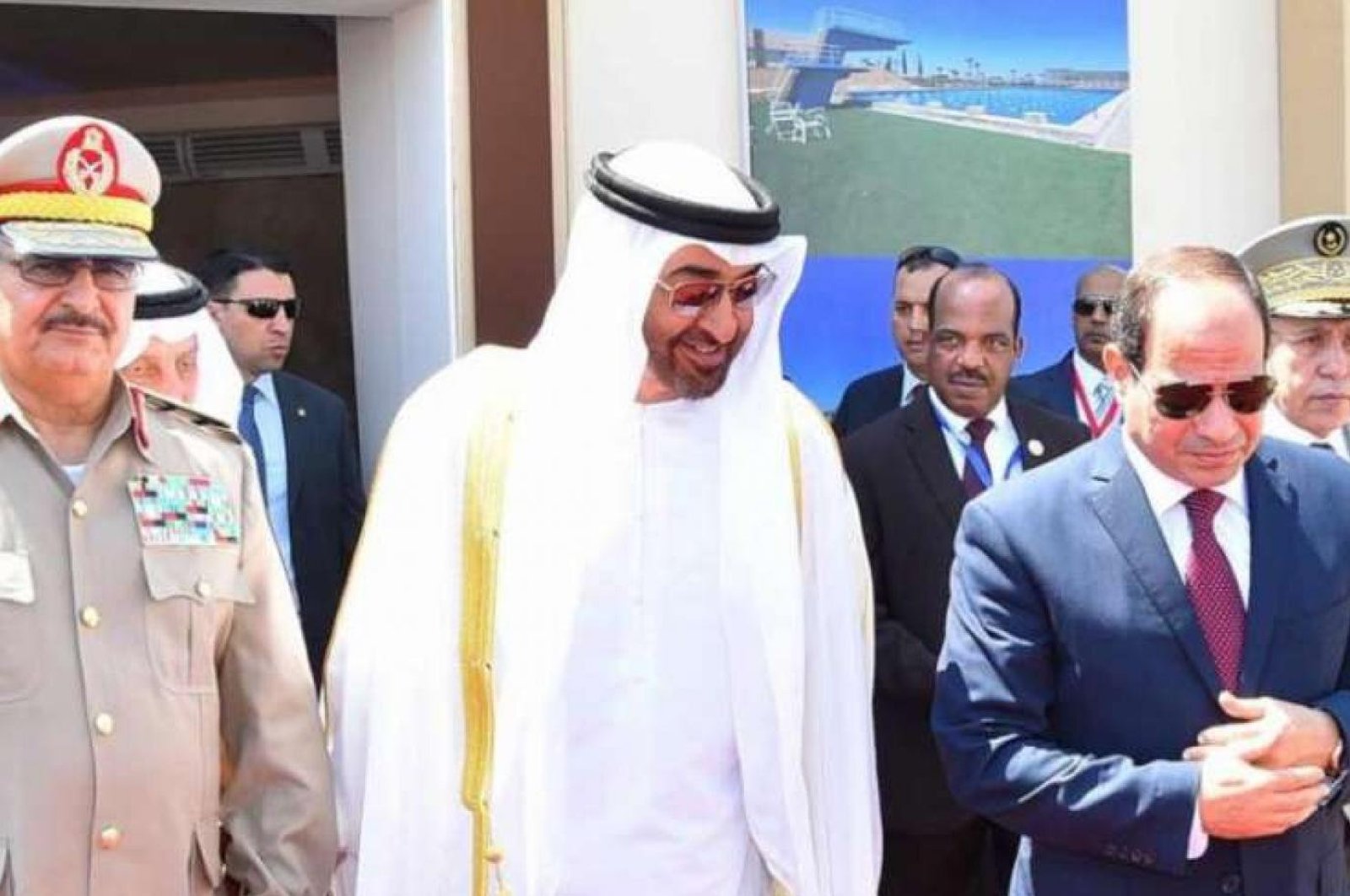 A security official from the Kurdish Regional Government (KRG), who recently spoke to London-based The New Arab newspaper, stated that the United Arab Emirates (UAE) supported the PKK terrorist group in northern Iraq by means of financial aid over the past few months.

In fact, it seems that this is neither the first nor the last time the UAE will help a terrorist organization. It is evident that the Emirati government believes the path to becoming a significant power in the Middle East and the Arab world is achieved by targeting countries for which it nurtures enmity or by providing financial aid and arms support to illegal and bloodthirsty forces in developing nations.

The UAE, which has been feeding the civil war in Yemen against the Iran-influenced Houthis for the past five years, supports figures and regimes it is able to influence monetarily and which sabotage the democratic preferences and processes of countries from Syria to Iraq and from Libya to Egypt, by using a wide scale of asymmetrical methods.

The political and economic support the UAE has provided to the coup process of current Egyptian President Abdel-Fattah el-Sissi in overthrowing the country's first and only democratically elected president, Mohammed Morsi, is a testament to its anti-democratic tendencies.

On the other hand, the UAE, which believes itself to be a force to be reckoned with in the Middle East, can be a lifeline for terrorist groups against which countries such as Turkey and Qatar, nations the UAE sees as enemies, must fight. Emails by UAE Ambassador Yousef Al Otaiba to the U.S. reveal that the UAE financed the Gülenist Terror Group (FETÖ) in their 2016 coup attempt against Turkey.

Further, David Hearst of the Middle East Eye wrote that the owner of Al Ghad TV, Muhammed Dahlan, who has special financial and political ties with the UAE, transferred money to FETÖ for the attempted coup.

Through the arrest of two UAE spies, Samir Semih Shaban and Zaki Y.M. Hasan by the Turkish National Intelligence Organization (MIT) in April 2019, it has been revealed that the Emirates has a spy network operating throughout the region and in Turkey. There are also significant findings that indicate this agent network is linked to the killing of Saudi journalist Jamal Khashoggi. The UAE’s dark media network and financial connections also target other news outlets. According to special research by Reuters in 2019, a group of American hackers who once worked for U.S. intelligence agencies helped the Emirates spy on a BBC host, the chairman of Al Jazeera, and other prominent Arab media figures in 2017.

The UAE’s support for dictators can similarly be observed in Syria. Within this context, it's backing of Syrian dictator Bashar Assad is not surprising. Abu Dhabi Crown Prince Mohammed bin Zayed (MbZ) made a phone call to Assad in March showing his support for the regime under the pretext of humanitarian assistance. The Middle East Eye, however, has revealed that the UAE offered Assad $3 billion to break the March 5th cease-fire in northwestern Idlib that had been brokered between Turkey and Russia and to relaunch an offensive, to the detriment of his own people.

The most recent example of the UAE aiding coups and putschists can be seen in Libya. The Emirates, which gave putschist Gen. Khalifa Haftar aircraft and military equipment, has conducted more than 850 drone and jet strikes on the militia’s behalf since April 2019, according to reports. Since January, 100 aircraft carrying tons of weapons and equipment from the UAE headed to eastern Libya and Egypt. The Anadolu Agency (AA) revealed that Sudanese mercenaries controlled by the UAE are fighting alongside Haftar against Libya’s legitimate government.

In addition, according to the United Nations, the UAE’s activities at the Al Khadim base in eastern Libya’s Marj province have intensified since March 2017. Thanks to this military operation, Haftar has received air support from the UAE against the Libyan government. According to Turkish Radio Television (TRT), one of Haftar’s high-level aides has confirmed that the UAE operates at this air base.

Similarly, according to news reports in Denmark in May, photos circulated on social media and verified by U.N. experts, show the UAE's IOMAX aircraft carrying out activities in Libya. There is concern that military equipment sold to the UAE by the Danish Tirma Firm could reach illegal actors in Libya through the Emirates. The IOMAX Archangel attack aircraft of Danish-origin was previously used by the UAE in Yemen’s civil war, just as it is currently used to aid Haftar. According to Danish media, the UAE has a history of selling weapons obtained from other countries to third parties, non-state actors, warlords, and terrorist organizations.

In addition, Haftar’s illegal possession of German military vehicles and equipment, despite a U.N. arms embargo, is another example of the UAE’s weapons trade. German media has determined that Russian Pantsir-S1 missile systems were transported via German SX45 military vehicles. The UAE supplied the air defense system.

Libya’s Interior Minister Fathi Bashagha explained the UAE’s devastating role in Libya’s internal affairs, which hinders peace and the cease-fire process. Bashagha in May stressed that the UAE was one of the most significant causes of Haftar’s war crimes and instability and civil war in the country.

"The crisis in Libya would not have happened had you stopped your malicious interference in our internal affairs, your support to putschists, dispatch of weapons ... and your incitement to violence through your deceptive media," Bashagha said on Twitter.

Bashagha also accused the Gulf state of breaching a U.N. arms embargo by sending weapons to Haftar and said that the UAE continuously violated U.N. resolutions that ban arms exports to Libya in its quest of establishing another dictatorship in the region.

Considering the aforementioned cases, the UAE'S cooperation with dictators and putschists, such as el-Sissi in Egypt, Assad in Syria, and Haftar in Libya, as well as terrorist groups such as the PKK in northern Iraq and FETÖ in Turkey, are clear strategies it uses to maximize its interests.

With its network of various dark actors, the UAE constitutes a striking example of how peace and stability in the Middle East can be sabotaged illegally and in violation of international law and interstate relations. In other words, the UAE today emerges as the biggest obstacle to democracy, human rights, and freedom in the Middle East and Africa.