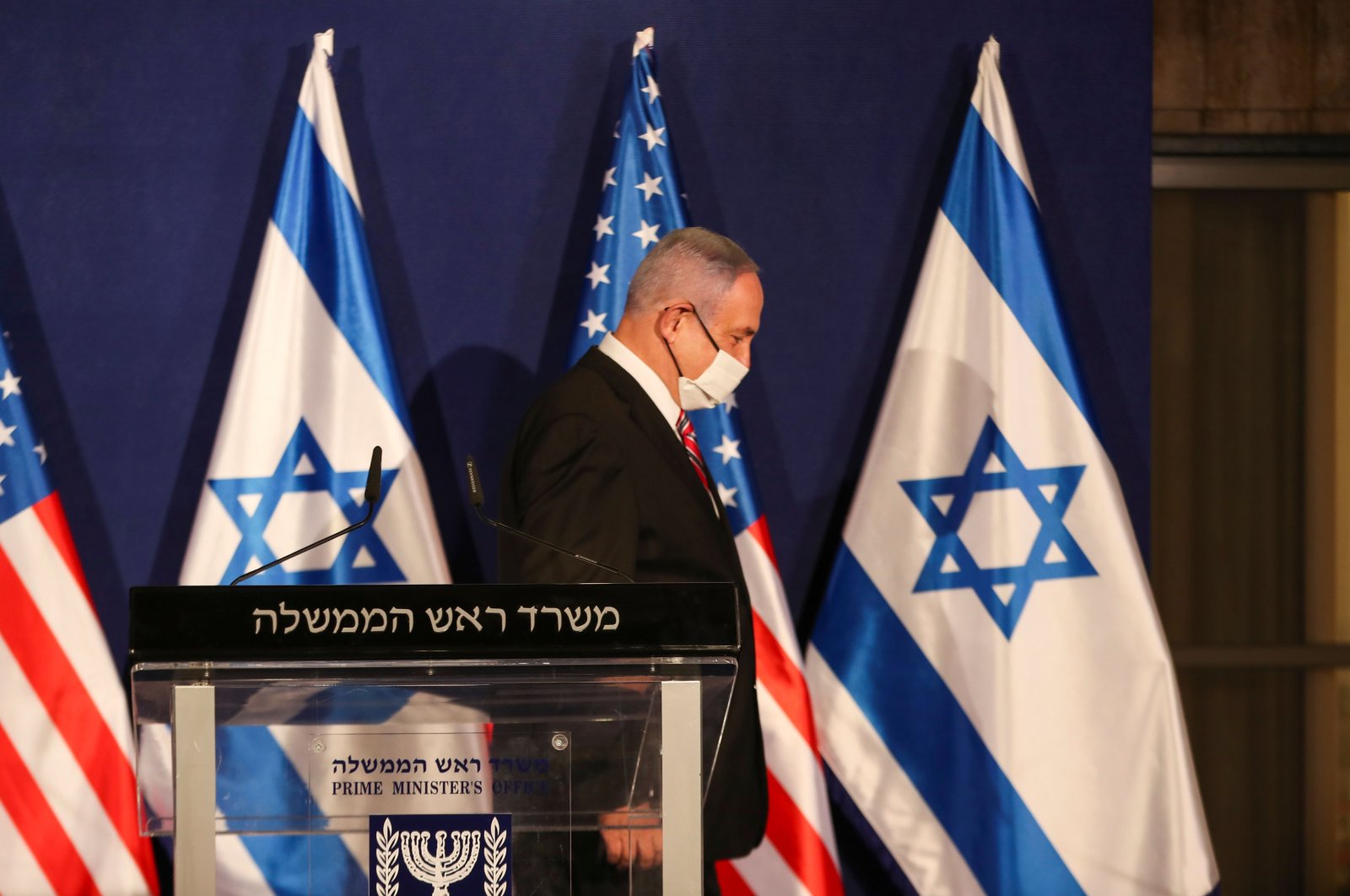 U.S. President-elect Joe Biden will begin his term after being sworn in on Jan. 20 as the 46th president of the United States. One of Biden's key foreign policy dossiers on the table is the Israel-Palestine issue. Trump's policies during the final days of his presidency eroded the U.S. image all around the world and emboldened support for Israel's illegal actions in the Palestinian territories under Prime Minister Benjamin Netanyahu's administration.

In fact, contrary to international law, the recognition of Jerusalem as Israel's capital, and the U.S. free ride in return for recognizing it, have turned Washington's already diminished mediation role into a political wreck.

Now, the Obama era may contain important clues for how to navigate the road map that the Biden administration will follow on this issue. Although U.S.-Israeli relations failed to rise to the level of the Trump-era romance during the Obama administration, the Democrats' insistence on a two-state solution has never turned into an adequate or fruitful means of sanctions and deterrence on Israel.

On his first day in office, Obama made his first phone call with Palestinian President Mahmoud Abbas and appointed the Palestinian-Israeli special representative. In his speech in Cairo, he dedicated a special place to the Palestinian issue and instructed Hillary Clinton, who was secretary of state at the time, to increase pressure on Israel to stop illegal settlements in the Palestinian territories.

In 2011, in the face of Obama's two-state solution proposal envisioning the 1967 borders, Netanyahu's meeting with Obama at the White House caused some tense moments. Netanyahu then called on both sides of Congress, openly complained about Obama and blackmailed him through the Israeli lobby in Washington.

In the same year, the U.S. also vetoed Palestine's application for full membership in the United Nations and a proposal declaring the Israeli occupation of Palestinian territories illegal. Despite the revival of Israeli-Palestinian talks in 2013, disagreements between Netanyahu’s government and the White House continued. By 2014, although cold winds continued to blow between the U.S. and Israel, U.S. military assistance to Israel, as its most important ally in the Middle East, was in full swing, and Israel's successive attacks on Gaza were described by Washington as "Israel's right to defend itself."

Despite years of strong opposition and social pushback in Israel, today Netanyahu is again in office as Israel's prime minister. Biden is in the White House, this time as the president, after a four-year absence. Under all the circumstances, Netanyahu’s aggressive decisions, occupation of all Palestinian lands and refugee management policies continue on the world stage. So the key question is whether the Biden administration will take steps in the near future or whether action will beat rhetoric.

On the other hand, the U.N. says that a solution to the Palestinian problem, the bleeding wound of the Middle East, can only be possible if Israel withdraws from the occupied Palestinian territories.

Addressing the U.N. Security Council (UNSC) last week, U.N. Special Coordinator for the Middle East Peace Process Nikolay Mladenov noted that a broad partnership must be acted on to reactivate the Israeli-Palestinian peace process. “This situation undermines the possibility of a two-state solution,” Mladenov said, noting that developments related to Israeli settlements are ongoing, along with expansions in the occupied West Bank, including east Jerusalem. Mladenov also noted that 2.45 million people, 47% of the Palestinian population, are in need of humanitarian assistance next year.

In light of all this, questions have intensified recently about whether Turkey-Israel relations will enter a new phase during Biden’s term. Tensions heightened between Turkey and Israel, the two most important U.S. allies in the Middle East, during the Mavi Marmara crisis in 2010, and President Obama had at that time referred the issue to the U.N. and continued his "zero cost for the U.S." line in his foreign policy.

For the past 10 years, Turkey-Israel relations have stalled under the shadow of the illegal Israeli raid on the Mavi Marmara vessel, the occupation of the Palestinian territories, Israel's asymmetric attacks on Gaza and finally the unilateral declaration of Jerusalem as Israel's capital.

It's clear when we take a look at the latest statements by President Recep Tayyip Erdoğan and Foreign Minister Mevlüt Çavuşoğlu on this issue. Although Ankara is open to suggestions from all sides in the region, including Israel, and to a new era for the Eastern Mediterranean and energy-oriented discussions, this cannot be seen as extending an olive branch without any conditions.

It is extremely unlikely that relations related to economic and local intelligence will be able to leave behind large unresolved dilemmas in the political sphere between two countries.

In an assessment made by Erdoğan on Dec. 25 regarding the problems in relations with Israel, he directly addressed the Netanyahu administration. Erdoğan said: “We are having problems with the people at the top there, as we are having the same problems with some countries. Relations with Israel could have been much different if such things had not happened in their political leadership.”

In this sense, both Erdoğan and Çavuşoğlu gave very clear answers to the possibility of rapprochement with Israel. They once again strongly underlined Israel's Palestinian policy as Turkey's red line. After these statements, it is difficult to expect Turkey to take a concrete step in the continuation of Israel's current policies, because, in the new era, Ankara will remain the strongest voice for the Palestinian people against Israel’s policies that it finds offensive. Ankara also knows that it is a very optimistic forecast to expect the Netanyahu administration to end its aggressive policies as a prerequisite for establishing a healthy relationship with Turkey.

Overall, the appointment of ambassadors mutually and the start of initiatives based on economic and regional interests will depend on how well Turkey's red lines on Palestine are understood and respected by the new administrations in Tel Aviv and Washington.