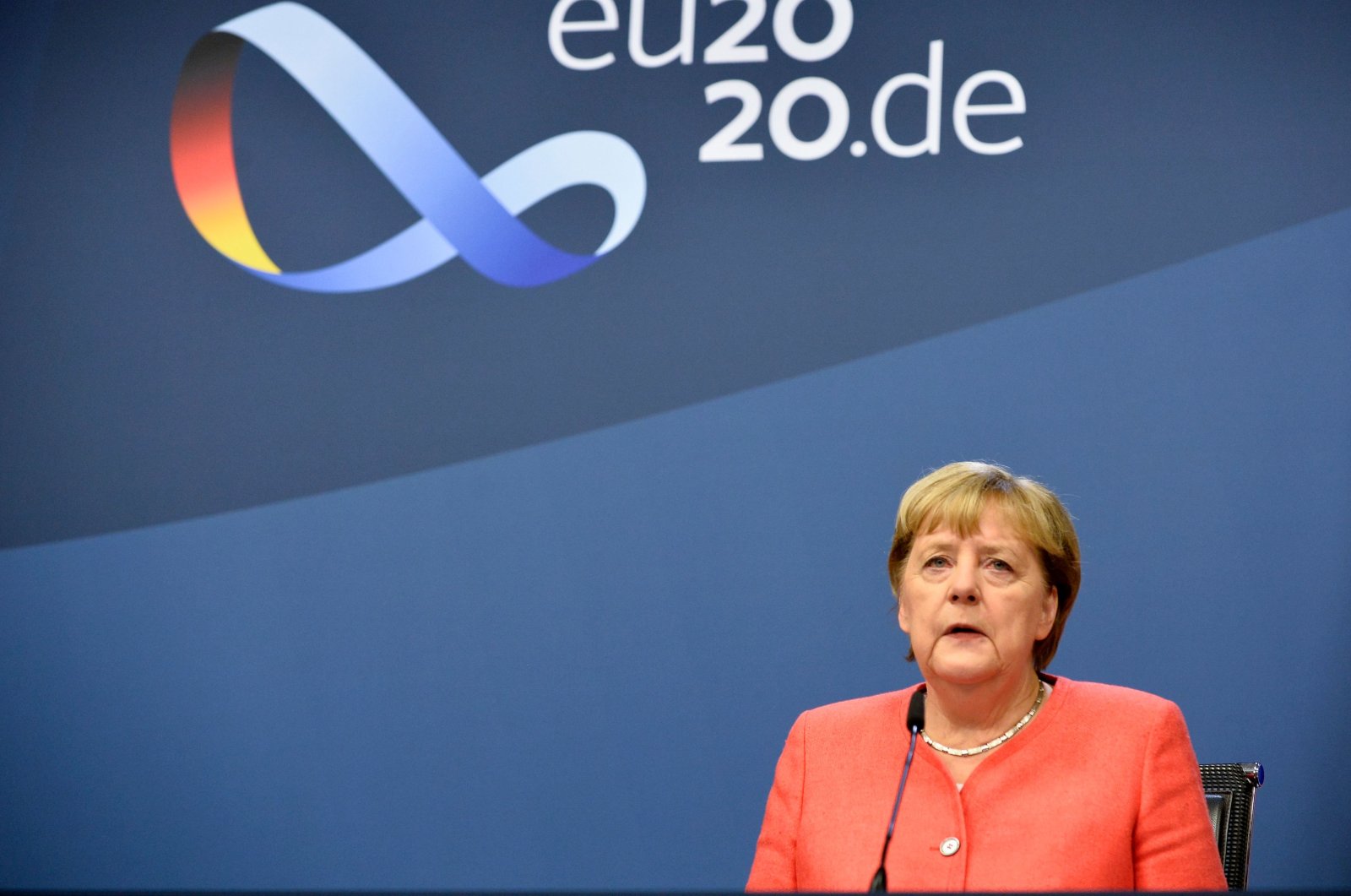 This week, the European Commission released its 2020 Annual Report on Enlargement, reviewing accession negotiations with Turkey. The report alleges that Turkey is both moving away from the EU and losing its chance to become a member of the bloc. Both claims are biased and unfair in many aspects.

The allegations in the report drew reactions and opposition not only from policymakers but also from a broad cross section of society in Turkey, including from academics, diplomats, members of the media and citizens, due to the EU's one-sided incriminating stance.

The reason behind this is that the EU is full of contradictions, unfulfilled pledges and hypocrisy in its actions and statements. The EU, which accepted a divided Cyprus into the bloc, ignoring the existence of a Turkish community, has started full membership negotiations with many Balkan countries that do not fulfill the EU’s full membership criteria.

The EU, which has pursued the same contradictory, negative and unconstructive language since Turkey applied for full membership in 1999, nowadays puts forth arguments based on Turkey’s national security and interests. The EU in its latest report referring to the crisis in Syria, Libya and the Eastern Mediterranean said, “Turkey's foreign policy increasingly collided with the EU priorities under the Common Foreign and Security Policy.” It is apparent that the EU’s approach to Turkey’s accession negotiations is based on a “rival-foe” perception. While the sections of the report that focus on the Eastern Mediterranean, the Aegean and the Cyprus issue are completely built upon Greek-Greek Cypriot theses, the influence of countries such as Austria and France is also evident.

Turkey is "good" when it is hosting 4 million Syrians yet "bad" when it is defending its rights in the Eastern Mediterranean and preventing a fait accompli. Turkey is "good" when it is struggling against foreign terrorists coming from Syria yet "bad" when it is supporting a United Nations-backed government in the face of a warlord in Libya. Turkey has fulfilled 66 of the 72 criteria necessary for Turkish citizens’ visa exemption in Europe, however, instead of positive signals, Ankara is still receiving messages igniting political discussions, as was the case in the latest report. The updating of the customs union and agreement on the return of asylum-seekers have also been shelved in the face of the EU’s stance to carry these negotiations into the political realm.

It is difficult to understand whether the European Commission report, which puts the issues of judicial independence and lifting the state of emergency on the agenda through municipalities run by the pro-PKK Peoples' Democratic Party (HDP), is constructive and rid of prejudices.

This report, which did not bother to mention the 66 criteria Turkey fulfilled, criticizes with prejudice and without negotiations the methods and measures Turkey has taken in the fight against the PKK, the Gülenist Terror Group (FETÖ) and the Daesh terrorist organization, as well as the Turkish administrative system, electoral system and judicial system.

Furthermore, it is a serious contradiction that the EU, which claims to be a power founded on common values, has not yet opened the chapter of Judiciary and Fundamental Rights nor that of Justice, Freedom and Security for negotiations.

While the EU praises Turkey’s policy of irregular migration management on one hand, it fails to fulfill its obligations under the March 18 migration deal and sharing of the burden.

On the other hand, it would be unfair to say that these contradictions are produced by all EU members because there are also European politicians that side with Turkey, whose negotiation process has been consistently hindered, and oppose this unconstructive stance.

Nikolaus Meyer-Landrut, who has been appointed the new head of the EU delegation in Turkey and is Germany’s former envoy to Paris, is a leading diplomat in Germany’s foreign ministry.

The coming days will prove whether Meyer-Landrut, who is a close adviser to German Chancellor Angela Merkel, will be the person who can resolve these dilemmas in EU-Turkey relations at a time when Germany has taken over the rotating EU presidency.

On the other hand, the German government spokesperson stated that Merkel is trying to strengthen and enhance Turkey-EU relations following a videoconference between the chancellor and President Recep Tayyip Erdoğan this week. Ankara in the coming days will be testing constructiveness, fairness and concreteness of the steps and messages coming from Brussels under the guaranteeship of Merkel.