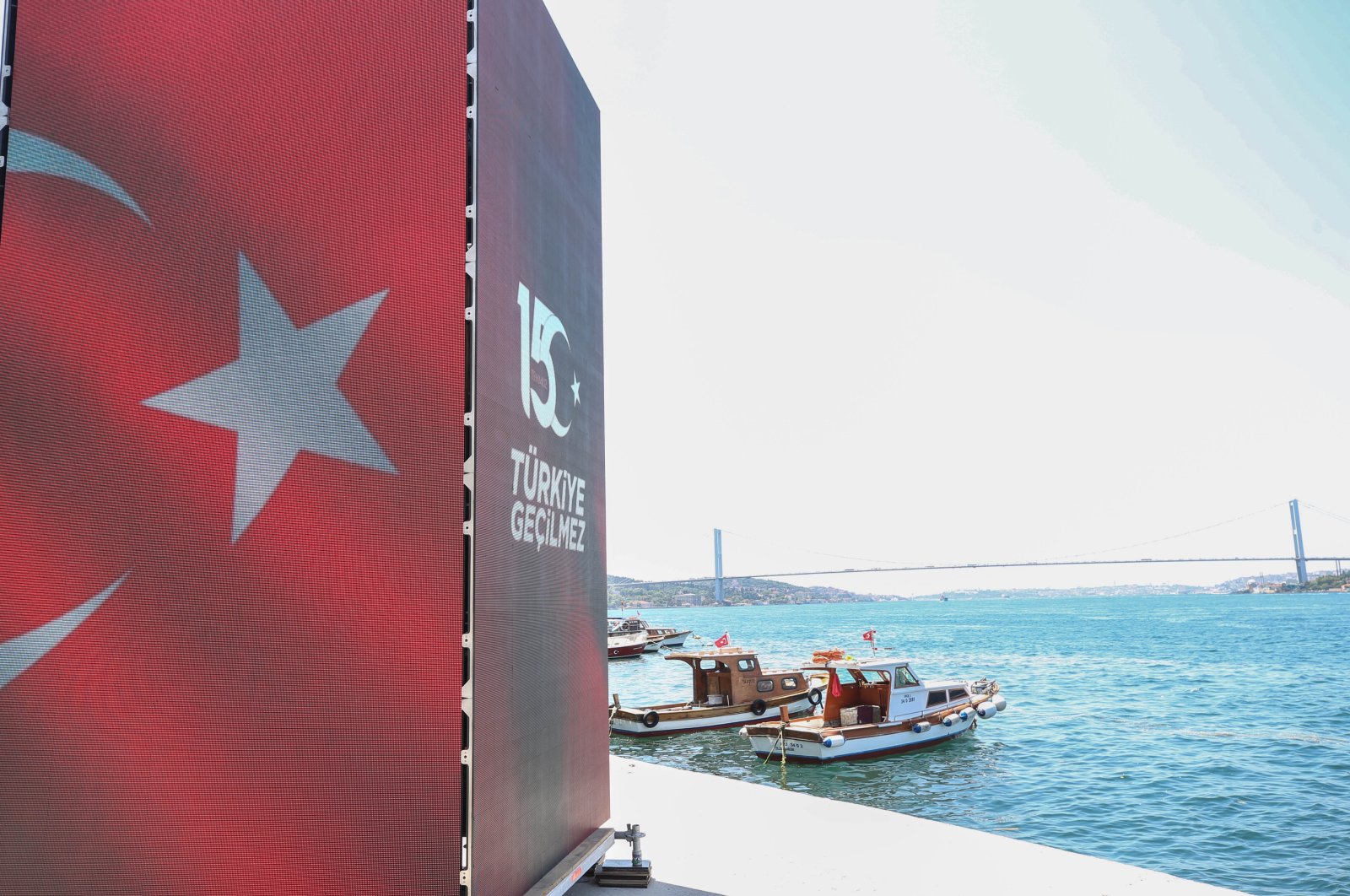 On the fifth anniversary of the July 15 coup attempt, Turkey's fight against the Gülenist Terrorist Group (FETÖ) is in full swing abroad. After the coup attempt, Turkey requested the return of FETÖ fugitives from over 100 countries, and many senior figures of the terrorist organization were handed over to the Turkish judiciary this year.

The confessions and statements of Selahattin Gülen and Orhan Inandı, some of the closest names to the FETÖ ringleader, contain significant findings that require the consideration of not just Turkey, but all countries where the group is still active.

Gülen, who is also the nephew of the fugitive FETÖ leader, was brought to Turkey by the National Intelligence Organization (MIT) May 31. He confessed in order to take advantage of effective remorse laws. He gave essential information about the terrorist group’s headquarters, structure and their ringleader in Pennsylvania, United States.

Salih Fidan and Samet Güre, the so-called foreign education authorities of FETÖ, were captured by MIT while trying to flee from Ukraine to another country and were brought to Turkey January 6. The two terrorists are being investigated and admitted that they also wanted to benefit from the remorse law.

Many organization members were brought to Turkey this year, either through their own free will or via extradition. One of the most recent fugitives brought to justice by MIT was Orhan Inandı, the so-called Central Asia head of the group. Inandı had been engaged in organizing the group's affairs in Kyrgyzstan since the early 90s when FETÖ began to expand into Central Asia. Kyrgyzstan is still one of the countries where the terrorist group is most organized and continues its activities in the country. Inandı founded a series of schools in Kyrgyzstan named “Sebat,” whose name was changed to “Sapat” after the July 15 coup attempt. He held responsibility for these schools for many years, and was also chair of the FETÖ-affiliated Sebat Foundation.

In particular, the confessions of Inandi once again revealed the terrorist group's immense size, and the great risk it poses to countries where it is still allowed to function. Inandı confirmed in his testimony that he had been a member of the group for the last 36 years and that he was in charge of Central Asian affairs. He confessed that he often had face-to-face meetings with FETÖ leader Fetullah Gülen, and that his last meeting took place in March 2021. He also said that he personally knew Dr. Adil Öksüz, a civilian defendant for the July 15 coup attempt. Inandı said he had worked in Kyrgyzstan for exactly 26 years, meeting with Kyrgyz authorities to obtain passports for group members and traveling with a diplomatic red license plate.

Inandı’s connection with FETÖ was already well known due to a letter written by the late Turkish intelligence officer Kaşif Kozinoğlu, who died in suspicious circumstances. In this letter, Kozinoğlu wrote that the Kyrgyz Secret Service knew of Inandı’s operations in Central Asia, including espionage activities with other countries’ secret services outside of Kyrgyzstan.

Inandı, in his confession, also described the crisis period that FETÖ entered after the July 15 coup attempt. With the confiscation of FETÖ's assets, Inandı said that he became unable even to pay salaries and began to sell his assets. He also confessed that the members of the group were abroad and in fear of being caught.

Turkey's fight with FETÖ abroad is not limited to these recent extraditions of FETÖ fugitives. Turkey is also fighting to shut down and take over the group's schools, which are its biggest financial source in other countries.

On the fifth anniversary of the coup attempt, the Maarif Foundation of Turkey (TMF) cut off another of FETÖ’s financial resources, and schools in the Alemgena region of Ethiopia were transferred to the TMF.

The Ethiopian representative of the foundation, Levent Şahin, told Anadolu Agency (AA) that federal and state prosecutors in Ethiopia seized the schools after an investigation. He said that the FETÖ-affiliated companies were being investigated for charges such as terrorism and money laundering. The schools in Alemgena were taken over by federal court order, adding that this decision would set a precedent for other schools.

Şahin, also noted that important findings were obtained in the investigation of a company called "Stem," to which the schools were affiliated. They said that they are waiting for the decision to freeze all bank accounts and educational licenses of the company.

Today, FETÖ has lost about three-quarters of its schools in countries outside the West. Almost all 300 of the schools belonging to FETÖ in Africa and Asia were transferred to TMF, closed or nationalized.

Meanwhile, half of FETÖ schools worldwide are still operating in the U.S. and European countries. There are 312 FETÖ affiliated schools just in the U.S., four of which are universities, and 155 are charter schools. These charter schools appear in 27 states, educate about 60,000 students and employ about 5,000 people. Through these schools, the organization receives an annual $500 million of funding from the U.S. government.

Turkey continues to fight FETÖ abroad unabated on the fifth anniversary of the July 15 coup attempt. Fugitive FETÖ members are facing justice in Turkey, and the schools belonging to the group are being shut down or overhauled. Among them, many confessors reveal the extent of the dangers the terrorist group poses. In the last five years, countries are increasingly taking advantage of Turkey’s over half a century of experience with the terrorist group.

Turkey fights against FETÖ not only for its national security but also because it is sure that the terrorist group may become a significant threat to national security in every country where its members are still located. Due to this, any support that is given to Turkey will actually be a favor that countries will do to themselves.