France's aims in Libya, Syria and Western Mediterranean are not amicable 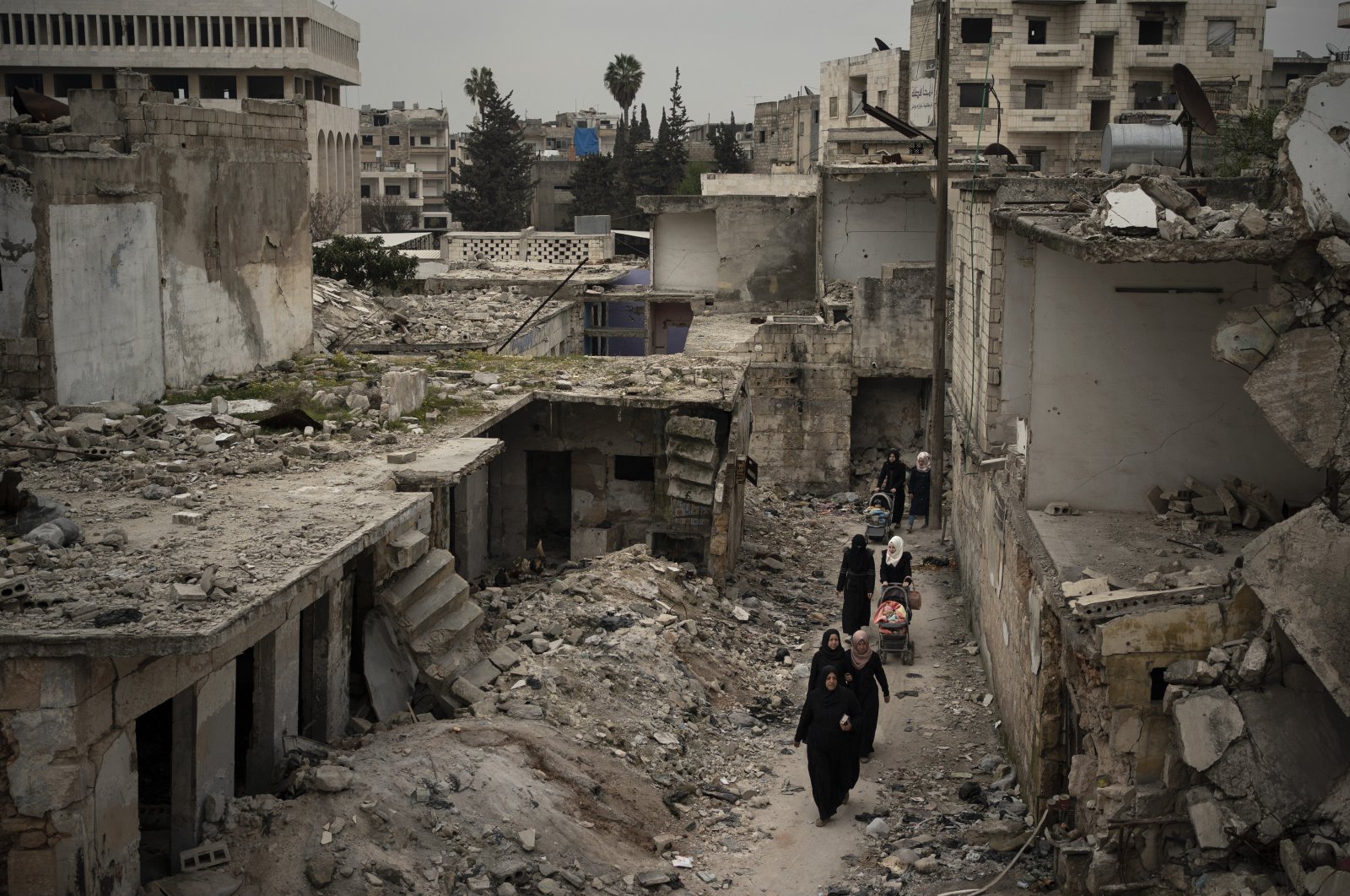 We have recently seen an increased effort from France to mediate in Syria and Libya. However, it is still unclear whether French foreign policymakers want sustainable peace in two of the most conflicted battlefields of our time. Meanwhile, France's diplomatic relations seem to be faltering not only in conflict zones but also regarding the coronavirus pandemic, especially in terms of conveying international solidarity against COVID-19.

Last month, the French foreign minister claimed that Turkey’s alliances with Europe and NATO were contradictory and undermined its solidarity with the whole world, including European countries.

Ankara immediately rejected Jean-Yves Le Drian's remarks that came in an interview with the French daily, Le Monde. In response, Turkey accused France of backing terrorist organizations and illegitimate warlords in Syria and Libya. It emphasized that by supporting the putschist Gen. Khalifa Haftar’s forces in Libya, France is prolonging the suffering of the Libyan people. At the same time, it is blocking a political solution in Syria by engaging with terrorists on the ground.

"In fact, it is France who is supporting terrorist organizations in Syria, backing the forces against the legitimate regime in Libya, eroding the solution dynamics of the Island and persistently ignoring the rights of the Turkish Cypriots, and trying to implement sanctions on its ally, Turkey," a Turkish Foreign Ministry statement noted.

Unfortunately, it has been proven that Le Drian's statement about Turkey's response was an attempt to cover up the desperate situation in France due to the coronavirus crisis. Once we take a closer look at France’s performance when it comes to solidarity and winning the battle against COVID-19, we can say the French foreign minister just cannot accept the reality that Turkey has dealt with the pandemic more efficiently than most of the countries.

However, the French government’s attempt to meddle with Turkey's politics to smooth over the cracks in its own domestic issues is nothing new, we have seen this under previous administrations, especially during Nicolas Sarkozy's rule.

This hostile approach of France toward Turkey can be better comprehended once we take another look at France’s Mediterranean and Syrian policies, in place since the civil wars erupted in Syria in 2011 and in Libya in 2014.

Earlier this Monday, a joint declaration by Greece, Egypt, France, the Greek Cypriot administration and the United Arab Emirates (UAE) claimed Turkey's activities in the Eastern Mediterranean to be “illegal.” It directly shows another hostile action by France against its NATO ally.

Meanwhile, France and the U.S.' latest attempt to use the Syrian Kurds as a cover to create an international platform for the YPG/PKK terrorist organization in northern Syria is another sign that France doesn't take into consideration Turkey’s views on the YPG/PKK.

According to Turkish Foreign Ministry spokesperson Hami Aksoy, Turkey's anti-terror operations in northern Syria led France to attempt "to be the patron of this axis of malice."

In addition to Syria and the Eastern Mediterranean, what does France aim to do in Libya by being part of a coalition that has been backing putschist Haftar along with the UAE, Egypt and Russia?

There is another fact. Last July, French missiles were found on a pro-Haftar base despite the denials from the French government.

Since Haftar militias targeted diplomatic missions, including the Turkish Embassy in the capital Tripoli, Mitiga International Airport, civilian airplanes and other civilian infrastructure, this constitute war crimes. Thus France's approach is contradictory to its aim if that is ultimate, sustainable peace. In these circumstances, France's commitment to the NATO alliance could genuinely be questioned.