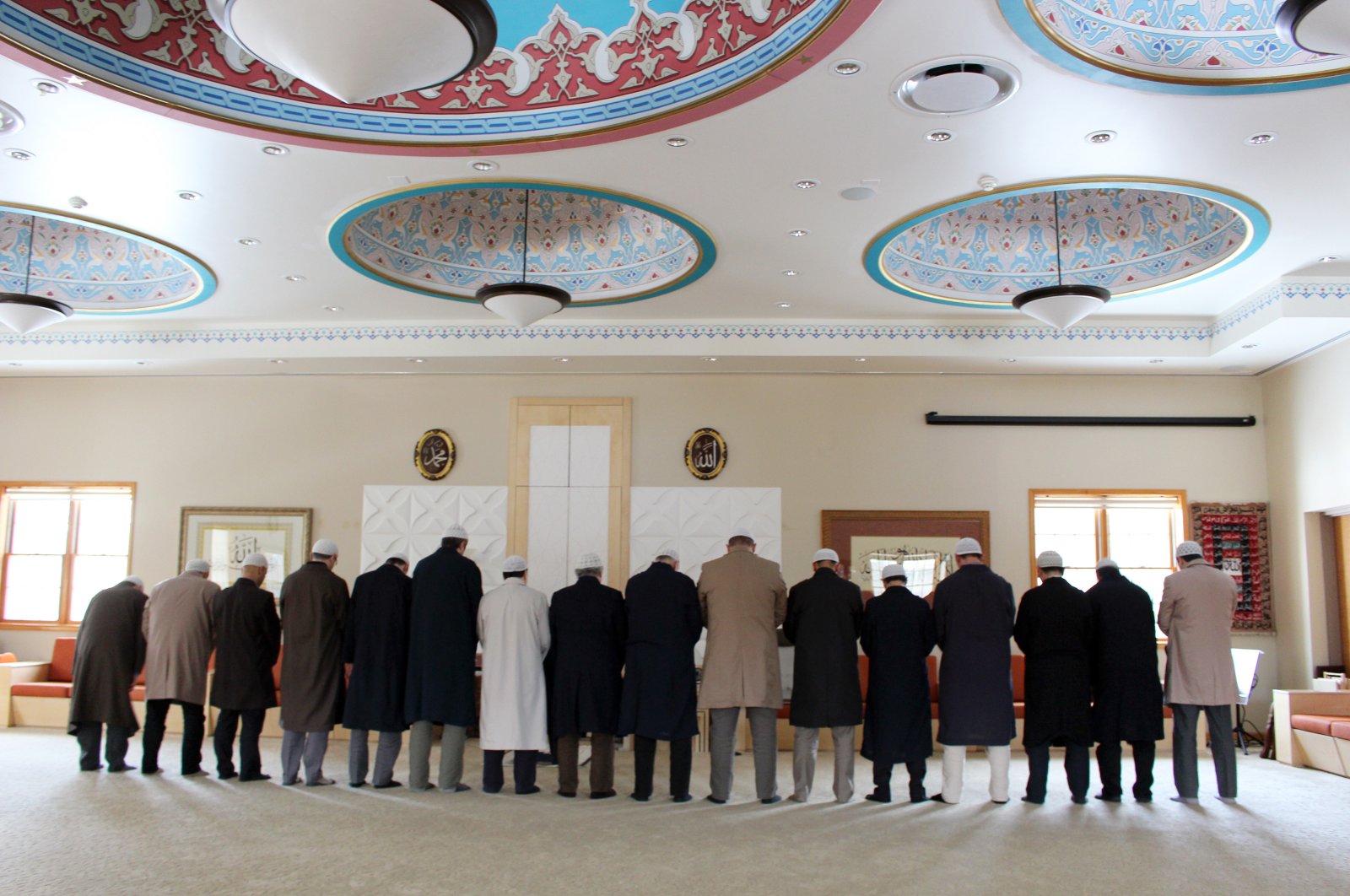 FETÖ fugitives and existing members of the group in North America found themselves caught up in a series of scandals, including fraud by executives following the July 15 coup attempt in Turkey, as they alienated themselves from the rest of Turkish community in their respective countries

The brutal coup attempt to topple Turkey's democratically elected government was the final gamble made by the Gülenist Terror Group (FETÖ), whose resources and support have since nosedived not just in Turkey but also in North America since the plot enacted on July 15, 2016. The group's domestic fraud schemes went beyond Turkey's borders and were used by senior members to swindle money from fugitives who left the country.

While senior FETÖ figures have resorted to fraud and a string of scams to further fund their group's activities, public support for the putschist group has waned, isolating and alienating them from Turkish communities and leading them to adopt a more introverted approach, betraying inner conflicts among members.

A series of scandals has shaken the credibility and reliability of FETÖ in North America since July 15. Besides siphoning charity money to FETÖ executives, some senior members have been accused of defrauding millions of dollars from group members in the U.S.

Before the coup attempt, the group was able to enjoy significant power by extorting money from businesspeople and collecting charity money from the community under the so-called "himmet" scheme (tithe). However, the group's sources of income significantly decreased since the coup attempt and, in addition to renewed cases of financial fraud, the group has been found guilty of a decadeslong exam fraud operation in Turkey, allowing members to cheat their way through public service exams to infiltrate state institutions, including the judiciary, military, police and other vital parts of the state.

While in the U.S., the post-coup period for FETÖ has consisted of a series of scandals involving fraud among members, in Canada, the group has focused on bringing FETÖ members to the country using the money gained to launder in investments, sources who asked to remain anonymous have told Daily Sabah.

In the U.S., several senior FETÖ members have been accused of defrauding members millions of dollars. For instance, former footballer Hakan Şükür, who fled the country in November 2015 and is accused of providing funds to the FETÖ network, confessed that he himself got swindled.

"I was tricked by those whom I swore by," he said on his YouTube channel, claiming he had lost all his entire fortune, including savings for his own children.

People flooded Şükür's post saying that they had also been defrauded by FETÖ, who promised them to either launch new businesses, earn profits or obtain residence permits in the countries they fled to.

Although Şükür did not openly name the individuals involved in the incident, he has been residing in California, where FETÖ was engaged in a fraudulent bankruptcy program and Ponzi scheme scandal called "Abi Auto." He was among the petitioners in the Property Fraud case filed by Yusuf Danyal Kılıçalp against Sirodjiddin Murzaev in the jurisdiction of Los Angeles County Superior Courts, according to official records.

"Abi," which literally means "elder brother" in Turkish, is a term frequently used among FETÖ members to describe senior members and was the name of the Long Island car dealership owned by Tajik-born FETÖ member Murzaev, who attended a FETÖ-linked high school in his native country. Murzaev was allegedly a favorable figure in the community who was recommended by FETÖ's covert "imam" in California and was also among the victims listed in court records. Murzaev collected money from FETÖ members and pledged to give them profits in return for their "investment" before filing for bankruptcy and allegedly swindling up to $20 million. He subsequently disappeared. While some 160 parties took the issue to court, others reportedly hesitated as they had given Murzaev laundered money that could have landed them in trouble with the authorities if discovered.

The fraud scandal in California was not the first nor the last, however.

In Atlanta, FETÖ has been involved in another affinity fraud scandal. A company named Star Chain, owned by Ömer Casurluk, a senior figure who headed FETÖ's businessmen association in Atlanta, defrauded tens of FETÖ fugitives who left Turkey after the coup attempt. According to reports, senior FETÖ figures, including the southeastern U.S. imam Ahmet Çiçek, codenamed Tahsin Gül, encouraged newly arrived fugitives to invest in Star Chain, a company that operated dozens of restaurants in the region. According to court documents, the company had more than 200 creditors and liabilities of over $10 million. Some 34 FETÖ fugitives who arrived in the country reportedly invested in Star Chain and became shareholders in the company but started complaining and asked for their money back after realizing their investments disappeared. Casurluk then filed for Chapter 11 bankruptcy, which allows businesses to continue to operate while they try to reorganize their debts. FETÖ fugitives claim some $5 million disappeared in the incident, while Casurluk transferred Star Chain to another company after debt restructuring and slipped through the net. Even though FETÖ members took the issue to Fetullah Gülen himself, no concrete action was taken and FETÖ's U.S. imam, Mehmet Yaşa, allegedly defended Star Chain and Çiçek and tried to brush it under the carpet.

Çiçek, aka Tahsin Gül, also defrauded around $1 million from fugitive FETÖ figure Enver Taner Baltacı. The duo's relations date back to pre-coup days, and Çiçek had allegedly provided assistance to Baltacı, who was able to establish a business empire and left Turkey following the coup attempt. Upon his arrival in Atlanta, he founded a construction materials company named Builder Stock and stood by Çiçek after he faced fraud allegations linked to Star Chain. That was, until the day he realized he had also been defrauded by Çiçek to plan his escape from Turkey and for the FETÖ-linked Cahaya Rancamaya Islamic Boarding School to be established in Indonesia. Upon inquiry, Baltacı allegedly found out that the school never received the money he gave Çiçek, so he proceeded to complain to FETÖ executives but never received his money back.

FETÖ's notoriety in handling funds was also documented in American courts, which closed charter schools for failing to meet requirements and a lack of adherence to generally accepted financial standards. The U.S. state of Alabama was the latest example to shut down a FETÖ-linked school two months before its opening, citing a failure to meet conditions for operation.

FETÖ has a considerable presence internationally, particularly in the U.S., including private schools that serve as a revenue stream for the terrorist group. Over 173 charter schools that enroll over 85,000 students in 26 states continue to operate in the U.S.

Meanwhile, in Canada, FETÖ's domination in the Turkish community has significantly diminished in the aftermath of July 15, as the group alienated itself and focused on bringing fugitives to the country and making investments to put their house in order.

Exploiting their business connections, FETÖ was able to bring thousands of members to Canada following the coup attempt.

"FETÖ seriously stumbled for a while after the failed coup attempt and experienced internal chaos among members, but somehow managed to carry on upon orders of Fetullah Gülen," a former FETÖ member in Toronto, who asked to remain anonymous, told Daily Sabah. They added that members were advised to conceal their affiliation to carry on with business as the group urged newly arrived fugitives to make investments and start new companies to restore their "former financial glory."

A fraud scandal also took place in Canada, when senior FETÖ figure Halim Dağlar collected money from fellow FETÖ members, pledging to establish a mattress factory in Africa in return for profits. However, like other FETÖ figures, Dağlar claimed the business went bankrupt and never returned the money, the source told Daily Sabah.

Another Canada-based source, who also asked to remain anonymous, said the group had alienated itself from the rest of the Turkish community following the coup attempt. For instance, while the group actively organized festivals, conferences, charity bazaars and other events, their community presence diminished after the coup attempt in light of the negative reaction they received.

Sources noted that cases of affinity fraud linked to FETÖ indicate that the group has been losing its power to a large extent as senior members seek to save themselves amid the chaos.

Similar scams have taken place in the church as well as various ethnic, religious and social circles in the U.S. For instance, the Armenian-American community lost some $19 million, while Latin American investors lost around $325 million and the Jewish-American community has recorded a loss of some $18 billion in similar schemes.

Like its counterparts, authorities have struggled to detect FETÖ-led scams in North America because some of the victims have hesitated to notify them and opted to solve the problem within their own circles.

Besides obtaining funds from members, FETÖ also uses affiliated charter schools for financial gain. According to U.S.-based lawyer Robert Amsterdam's book "The Empire of Deceit," FETÖ schools routinely use affiliated Gülenist vendors, who purposefully overpay to siphon public funds out of the schools and into the organization by way of apparent kickbacks from businesses. They also serve as H-1B visa sponsors and job creators for Gülenists. Through some 312 educational facilities, FETÖ receives around $600 million in the U.S. alone.