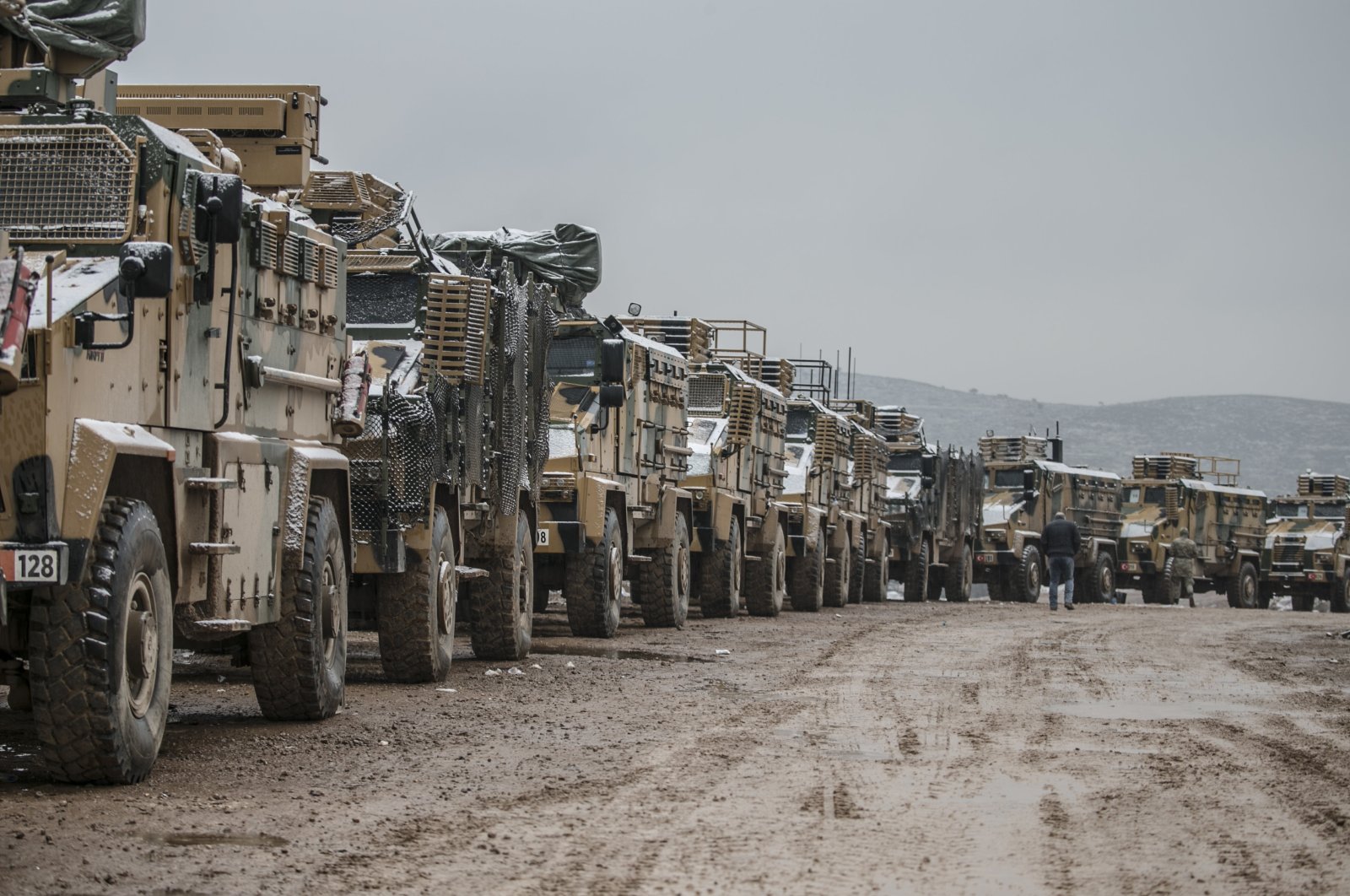 It is a fight many countries will be drawn into, but it is not a fair fight. As the coronavirus pandemic has been spreading like wildfire around the globe since its outbreak in China, it has posed immense economic, social and political challenges for the world. However, how COVID-19 will affect the risk of violent conflict and prospects for peace around the world is still difficult to assess.

Complicating the situation, the virus has been spreading and impacting regions and conflict zones differently. War is a business that has multiple risks. Waging war depends mostly on the optimism of sides, urging them to take the risk of all its consequences. On the other side, peace and negotiations are likelier to result if one side faces a disadvantage, experiences a major setback or simply wants to avoid conflict. Yet, now a new variable has entered the stage of conflicts: COVID-19.

The disease is not differentiating between sides and has the potential to affect all in the same manner. War depends on people, and if people face a health risk, they will perform poorly in combat. Packed together, soldiers on the field are at high risk of catching the virus. Citizens are also less inclined to back military adventures during a time when they expect authorities to focus on their well-being and building up health infrastructure. Despite the U.N. chief’s call for a global cease-fire to focus on combating the pandemic, conflicts have continued, escaping international attention.

The Middle East and North Africa, already stricken by multiple problems, long-running conflicts, economic crises, widespread political unrest and dire humanitarian conditions, have been hit hard by the pandemic. The pandemic first started to spread in more developed countries, better equipped to respond to the challenges it brings together; however, even these countries struggled to cope with it. The implications of COVID-19 for conflict-stricken countries are much likelier to be higher.

While the conflict in Libya has escalated during the pandemic, relative calm prevails in Syria. Both countries have been engaged in conflict for years and in both regions a cease-fire had been announced, yet the picture we see today is completely different.

“The reason for this difference is that while a balance of power has been achieved in Syria to an extent, the developments in Libya continue at a fast pace in a way that the balance can be turned into someone’s advantage,” defense and security analyst Yusuf Alabarda told Daily Sabah.

Alabarda explained that Turkey’s operation to deal with the Bashar Assad regime and Iranian terrorist groups in Syria’s northwestern Idlib province, after several warnings to withdraw from the area were ignored, brought balance to the situation.

The Assad regime has inflicted destruction, fear and pain on his people since the civil war erupted in 2011 while trying to maintain his power in war-torn Syria. Yet, when the regime decided to retake Idlib, the last opposition bastion, launching an offensive in December, the region saw an unprecedented humanitarian tragedy with nearly 1 million people displaced according to U.N. figures. Backed by Russian air support, the Syrian regime had caused the death of civilians almost on a daily basis until Turkey and Russia in March brokered a cease-fire that has been more or less holding to date.

“Yet this balance is a fragile balance. We may witness further developments in the upcoming days,” Alabarda pointed out.

Syria can be described as fragmented into three areas with the regime-controlled area, Idlib and Aleppo in the northwest, and terrorist groups in the northeast. In all three areas, almost 50% of health facilities are out of service, which makes treating a pandemic seem like an impossible task. The country already lacks the state capacity to contain the virus, while the Syrian people have to go through the pandemic under a government that has been long indifferent to their suffering and an international community that is fixated on domestic crises.

Millions have been displaced and hundreds of thousands have been killed. The Syrian civil war has displaced more than 12 million people internally and externally, which makes about half the country’s population.

Meanwhile, Libya has entered a scene of escalation since putschist Gen. Khalifa Haftar launched a renewed offensive on the capital Tripoli last April. The oil-rich country has seen the emergence of two rival seats of power: Haftar in eastern Libya and the Tripoli-based Government of National Accord (GNA), which enjoys U.N. recognition.

“In Libya on the other hand, the GNA has launched an operation with Turkish support against Haftar’s collection of units, which cannot be called an army, and the balance has tilted toward the GNA despite Haftar’s choir of supporters ranging from Russian mercenary companies to the United Arab Emirates, France, Egypt and Greece to strangle the legitimate government,” Alabarda stressed.

Violence has been surging, especially in and around the Libyan capital Tripoli. U.N. numbers indicate that since April last year, there have been 62 confirmed attacks on health facilities and almost one-fifth of Libyan hospitals and primary health are closed.

“A number of factors make Libya uniquely vulnerable to the pandemic, and its current small number of registered cases likely reflects underreporting and a lack of testing. Its medical capacity, already weak under former dictator Moammar Gadhafi, has been severely degraded by years of neglect and corruption,” Frederic Wehrey of the Carnegie Endowment wrote last month in his article “Libya and Coronavirus.”

Saying that Haftar’s forces frequently choose to target medical personnel and facilities, Wehrey added: “As infections spread, the pandemic could give a boost to Libya’s militias, who are likely to channel medical aid to their fighters and favored communities while isolating others. Armed groups could also instrumentalize and weaponize the public health crisis to further their political and social influence. Already, militias have been acting as de facto police in many areas.”

The economy: Source of military power

In Libya, Haftar’s westward march has been backed by several countries including the UAE and Egypt while additional support came with Russian and Sudanese mercenaries. The UAE support, also documented by the U.N., seems like the most striking military aid campaign with millions of dollars worth of military equipment, such as $14.7 million Russian-made Pantsir S-1 air defense systems, $15 million South African Super Puma helicopters and $25 million worth of Yabhon armed drones made by the UAE.

Saying that the financial support to Haftar from his backers was not much disrupted, Alabarda stated: “However, since the support to Assad comes mainly from Iran and Russia, countries that operate on oil, the economic support to Assad has been cut significantly. Therefore, Assad had to seize the assets of his cousin when he reached an economic impasse.”

Rami Makhlouf, the maternal cousin of Assad, last week shot a Facebook video criticizing the new taxes of the Syrian regime and attempts to seize his assets, breaking the customary silence in regime circles. Assad has been trying to hinder the economic slide of his country and to solidify power by squeezing his former allies.

Still, the economy of the war-ravaged country, also suffering from years of sanctions, saw the local currency plummet before the dollar late last year. That sent prices of basic goods soaring and was soon followed by restrictions imposed to prevent the spread of the coronavirus that limited movement and trade.

Alabarda reiterated Russia’s experience as the Soviet Union in 1979, when its economic resources drained away in Afghanistan and opened the door for the collapse of the Soviet Union.

“Under these circumstances, while Russia is fighting COVID-19 on the one hand and has experienced a loss of 60%-70% of its oil revenues on the other, the support given to Assad has been started to be questioned,” he elaborated, adding that Iran similarly saw a decline of its oil revenues while it also struggles with sanctions.

“Those that are in financial distress within themselves and vis-a-vis their citizens cannot support Syria,” Alabarda underlined. “The economic trouble in Syria has even prompted Assad’s supporters to speak out. I, therefore, believe that Assad could be dismissed from his position around July or August upon a signal from Russia.”