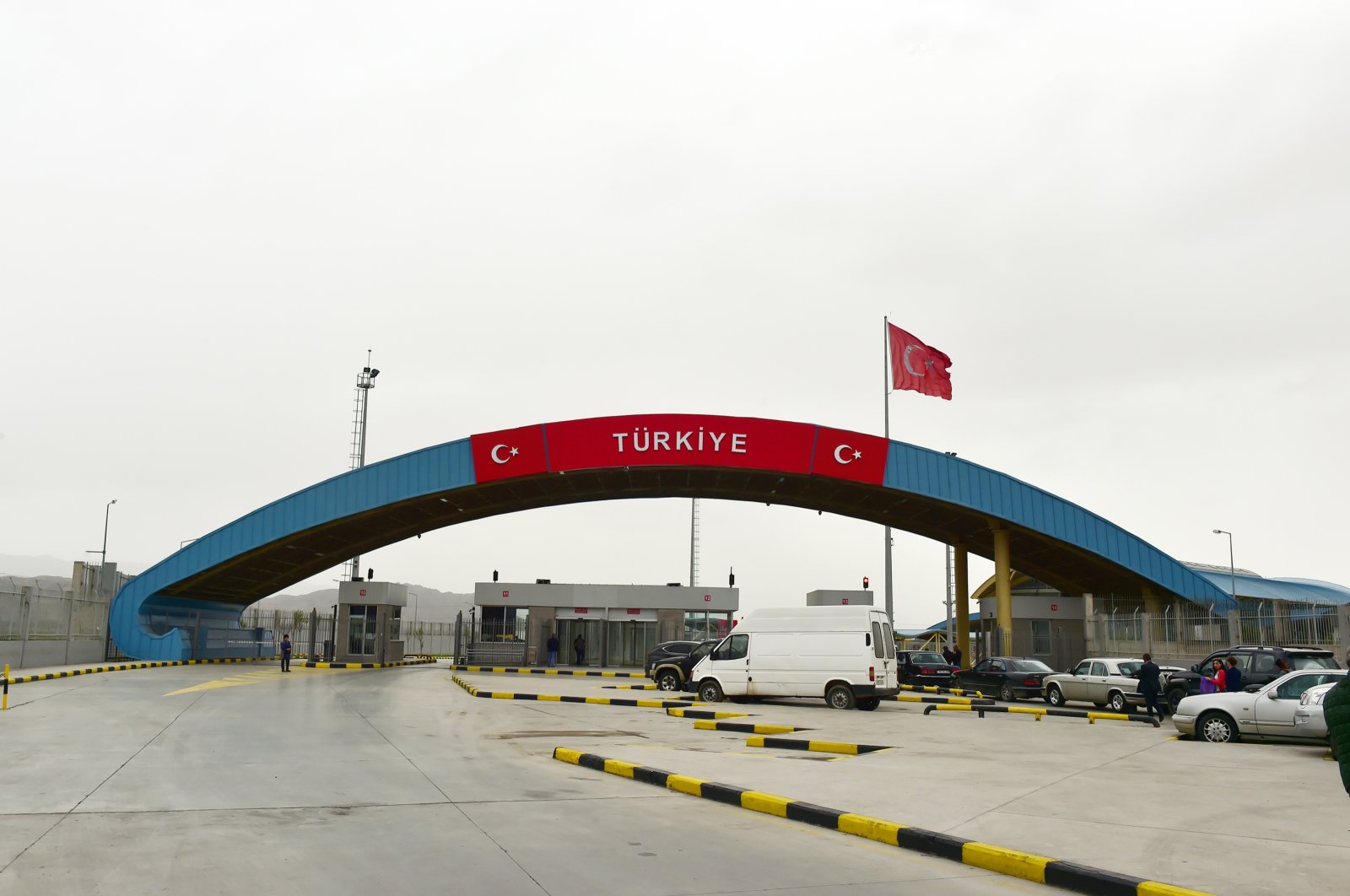 The establishment of a corridor linking Azerbaijan to its Nakhchivan exclave, according to a recently inked agreement, has the potential to propel the region's states and fundamentally change regional balances

Forty-four days of clashes between Azerbaijan and Armenia over the Nagorno-Karabakh region ended with a Russian-brokered cease-fire last month. As the implementation of the deal has gradually begun, regional countries have been weighing the implications of a transit corridor that will connect Azerbaijan with its Nakhchivan enclave. Experts highlight that the establishment of this corridor will provide new opportunities for the region, prospects for cooperation and trade while increasing Turkey’s influence in the region.

“New trade routes provide new opportunities not only for the states involved but for regions at large,” said Emil Avdaliani, professor at the European University in Tbilisi, Georgia, and a non-resident fellow at the Georgian think tank Geocase, in an interview with Daily Sabah.

Avdaliani underlined that the agreed-upon corridor also promises to give Ankara another route to access the Caspian Sea. “The new corridor could potentially give Turkey a tool to anchor its influence in the Caspian region,” he stated, adding that this has been “a longstanding ambition of Turkish leadership since the time of the founding of the Turkish republic” and that Ankara already announced the construction of a railway and a gas pipeline to the exclave.

“This corridor might affect regional balances radically if it goes beyond being a corridor where the Azerbaijani people can travel and becomes an economic and trade route on the west-east axis,” Mitat Çelikpala, dean of Kadir Has University's Faculty of Economics, Administrative and Social Sciences, told Daily Sabah.

“This corridor can transform Nakhchivan into a center of attraction with the region becoming a kind of free trade area,” he added.

Burak Çalışkan, a Eurasia researcher at the Humanitarian and Social Research Center (INSAMER), told Daily Sabah that by including the Nakhchivan corridor in the agreement, Azerbaijan managed to change the regional status quo. “The establishment of a land connection between Azerbaijan and Nakhchivan naturally also connects Turkey and Azerbaijan with each other.”

The creation of the southern corridor was part of the peace deal inked on Nov. 9 which saw the return to Azerbaijan of a significant part of Nagorno-Karabakh and also required Armenia to hand over all of the areas it had occupied outside Nagorno-Karabakh.

According to the ninth article of the agreement, Armenia will guarantee transport through the country from Azerbaijan to Nakhchivan, and the construction of transport communications will be provided.

The transit route that will connect Azerbaijan and the enclave, located around 450 kilometers (279.62 miles) west of Baku and surrounded by Turkey, Iran and Armenia, was described by Azerbaijan's President Ilham Aliyev as a “historic achievement.”

“We are taking Nakhchivan out of being encircled and at the same time opening a new transport artery. I can say that all countries will only benefit from this,” Aliyev said on Dec. 1, adding that now “Azerbaijan is connected with Turkey.” The president added that Armenia could also join the corridor and a platform of cooperation could be established.

Echoing Baku’s words, Foreign Minister Mevlüt Çavuşoğlu during his visit to Azerbaijan on Nov. 12 stated that the corridor will benefit all regional countries including Armenia.

Avdaliani similarly pointed out that Armenia could benefit from the corridor, “gaining at least from transit fees.”

He also said in order to determine its effectiveness, certain questions remain unanswered.

“Will the route be open only to Turks and Azerbaijanis? How will the corridor be administered? What kind of transit fees will Yerevan demand? And what kind of obstruction will it be able to engage in if it is not satisfied? How much, if at all, will Azerbaijan and Turkey be willing to invest in the route section that will be going through Armenia?” he stated.

Çelikpala underlined that Turkey, Georgia and Azerbaijan's trilateral cooperation could be extended through the corridor and Armenia could also be included if it makes a return to peaceful policies and that cooperation on this level has the potential to completely change the region.

Avdaliani indicated that the route could hypothetically be included in the Chinese Belt and Road Initiative. Çelikpala also stated that China could join the regional cooperation if an inclusive approach is adopted.

With the establishment of the corridor, Turkey could now potentially reach mainland Azerbaijan taking advantage of its around 17-kilometer border with Nakhchivan without using Iran as a transit point – a move that could cause Tehran great economic damage.

“This corridor will enable Turkey access to Azerbaijan without needing Iran or Georgia,” Çalışkan said. “The shortening of transportation will be profitable for both countries in terms of trade while the most important implication of the planned corridor is that Turkey will have a direct connection to the Turkic world.”

Çalışkan elaborated that Turkey and Azerbaijan linking with Central Asia over the Caspian Sea will “increase concrete cooperation opportunities in the region” but that Iran and Russia, fearing enhanced geopolitical gains for Turkey in the South Caucasus and Central Asia, could try to obstruct the corridor’s establishment.

On the effects of the corridor on Iran, Avdaliani said: “For Iran, the new corridor could signal a major shift in the region’s transportation routes. For decades Azerbaijan has been dependent on Iran for transiting energy and other supplies to Nakhchivan. The new stipulation in the November Karabakh deal could change it all.”

“As Armenia will have to open up a corridor through its territory to allow Azerbaijan to transport goods directly to Nakhchivan, Tehran’s geopolitical leverage over Baku will decline,” he stressed.

Avdaliani said officials in Iran hope that the new corridor will only accommodate local traffic between Azerbaijan and its Nakhchivan exclave, “but even then Baku's transit dependence on Iran will weaken.”

Javad Hedayati, who heads transit operations in the Iranian transportation ministry, said on Nov. 17 that transit through its northern roads and railways will remain unaffected by the new corridor and that Iran will still remain a favorable route for trade between countries to its west, northwest and northeast.

“It is likely that this corridor will merely accommodate local traffic between the Republic of Azerbaijan and Nakhchivan,” Hedayati was quoted by Fars News Agency as saying, adding that Armenia could prevent Turkey’s access to the corridor for freight transport or passengers through Nakhchivan to Azerbaijan on to countries to the east of the Caspian Sea. Hedayati also stated that Iran is still the best option for those from Europe and Turkey looking to transfer freight to countries on either side of the Caspian Sea since “fuel is cheap in Iran, and many other advantages have caused owners of freight to prefer the Iranian roads for transfer of goods.”

Saying that Iran will suffer both economic losses and lose popularity as a transit route, Çalışkan said that Tehran may also face problems with its transportation routes to Armenia due to the corridor.

“Yet Iran choosing cooperation rather than conflict would be advantageous to both itself and regional countries,” Çalışkan added.

Çelikpala also pointed out that Iran doesn't necessarily have to be excluded and could be one of the most important markets for such a trade route.

“Georgia also is worried about the potential development of the new corridor as for decades various pipelines, roads and a major railway have transited the country from Azerbaijan to the Black Sea and Turkey,” Avdaliani stated. Yet the expert also indicated that given the uncertainties of the planned route, it is unlikely that Baku and Ankara will be committing large resources to build links through Armenian territory.

“The infrastructure through Georgia is fully operational and is likely to remain as a major connector. The medium approach will be that the routes through Georgia and Nakhchivan will be more complementary in nature than in opposition to each other,” he stated.