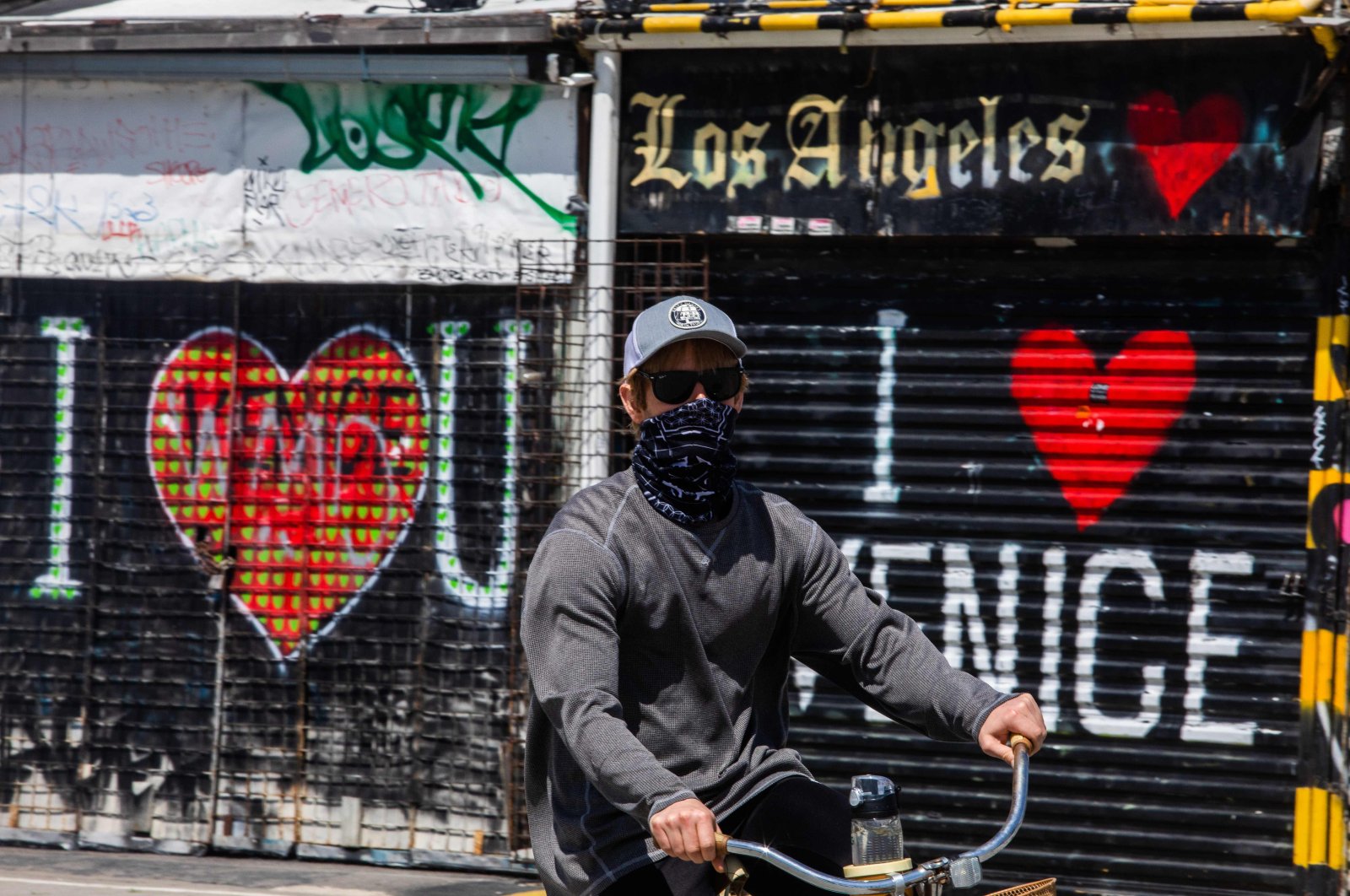 This is probably the first time the U.S. is having such a hard time offering its citizens emergency and health services due to the coronavirus outbreak.

On the one hand, there is the U.S.-U.K. Anglo-Saxon alliance led by prominent powers in the post-World War II international system at all levels – social, economic and cultural hegemony. On the other, there is a German-France alliance that led to the European economic and political union. Despite their strong state systems, the coronavirus pandemic has clearly put all of them in a modern version of the Pearl Harbor or Normandy moments today.

This pessimistic overlook persists. Accordingly, Britain's Queen Elizabeth II made her fourth emergency address in her 68 years on the throne over the weekend.

This clearly shows how desperate the situation is in the U.S., where New York became the new epicenter of the pandemic, killing 1,200 people each day.

Both the grave situation of the U.S. health system and the deficiency of vital needs such as masks, morgues, bed capacity, intensive care units and ventilators, have dragged the country into a worse situation by the day.

Just as the Center for Disease Control and Prevention (CDC) of the U.S. government did not distribute masks free of charge among its citizens, it even suggested the use of cloth masks.

The tears of nurse Imaris Vere – who quit her job last week in a Chicago hospital due to the lack of masks in the COVID-19 unit – spread throughout the world on social media. Furthermore, the U.S. makes its 40,000 citizens abroad sign a $1,400 bill to be repatriated.

There are serious problems in the U.S. health system, where 27 million people are still without insurance. The costs have risen more than ever and with the coronavirus pandemic, the problems have snowballed. The country has started to look for doctors and health personnel abroad due to a lack of qualified personnel within the country.

Recently, a 17-year old teenager was turned away from urgent care in California for not having insurance and later died due to COVID-19. Even if someone with insurance contracts the virus, they will have to pay anywhere between $9,000-$35,000. This reflects the current state of the health care sector in the U.S. and the problems being faced by its citizens.

While U.S. President Donald Trump is calling the army onto duty in the face of the pandemic he described as “horrifying,” he announced that he will suspend aid to the World Health Organization (WHO) for being China-centric.

On the other side, the U.S. – which suspended aid to the WHO – provided generous aid to the SDF, an affiliate of the PKK and YPG terrorist organizations in Syria.

If we look at the details, we see that the U.S.-led coalition against the Daesh terror group provided $1.2 million in supplies for COVID-19 prevention efforts and detention operations to the offshoot of the YPG/PKK, according to an official statement on Saturday.

The equipment was sent to the al-Hasakah and al-Shaddadi areas in northern Syria controlled by the YPG/PKK terror group, according to the Combined Joint Task Force – Operation Inherent Resolve. "The medical equipment will help protect staff at hospitals in Hasakah and Shaddadi" and other YPG/PKK terrorists responsible for detention camps, the statement said. It is also said that personal protective equipment, such as latex gloves and masks, as well as surgical kits, defibrillators and oximeters, were provided to the region.

Putting together this incomprehensible aid to terrorist organization’s affiliation and the difficult situation the U.S. finds itself in, it should be the right of U.S. citizens to oppose this aid when they are not the ones benefiting from their tax money.

On one hand, there are U.S. citizens who are unable to buy masks and the case of the teenager who was turned away from the hospital and died from COVID-19. On the other hand, there is the aid being provided to YPG/PKK and its alleged Syrian affiliate the SDF, which recently killed eight civilians in Syria’s Ayn al-Arab province and five forest workers in Turkey the previous day. What could be the reasons behind these moves?

The previous day, the U.S. sent a diplomatic note to Turkey through the embassy channel. The note included the need for a joint fight against the coronavirus and a list of needed medical equipment. It stated that within the scope of the fight against the pandemic, the U.S. had interest in purchasing some surplus materials from Turkey.

Turkey surely will respond to the U.S.’ demand just as it did to many of the countries that asked Ankara for help. Turkey, which has sent aid to 32 countries without distinguishing between religion, language, race or diplomatic disagreements, will extend the U.S. a helping hand too.

Yet, the fact that the U.S. government gives away aid needed by innocent civilians in Syria and its own citizens amid the coronavirus period to the PKK’s affiliates remains a subject to be questioned by both Turkish and U.S. citizens.