Political turbulence in US complicates turning fresh page with Turkey 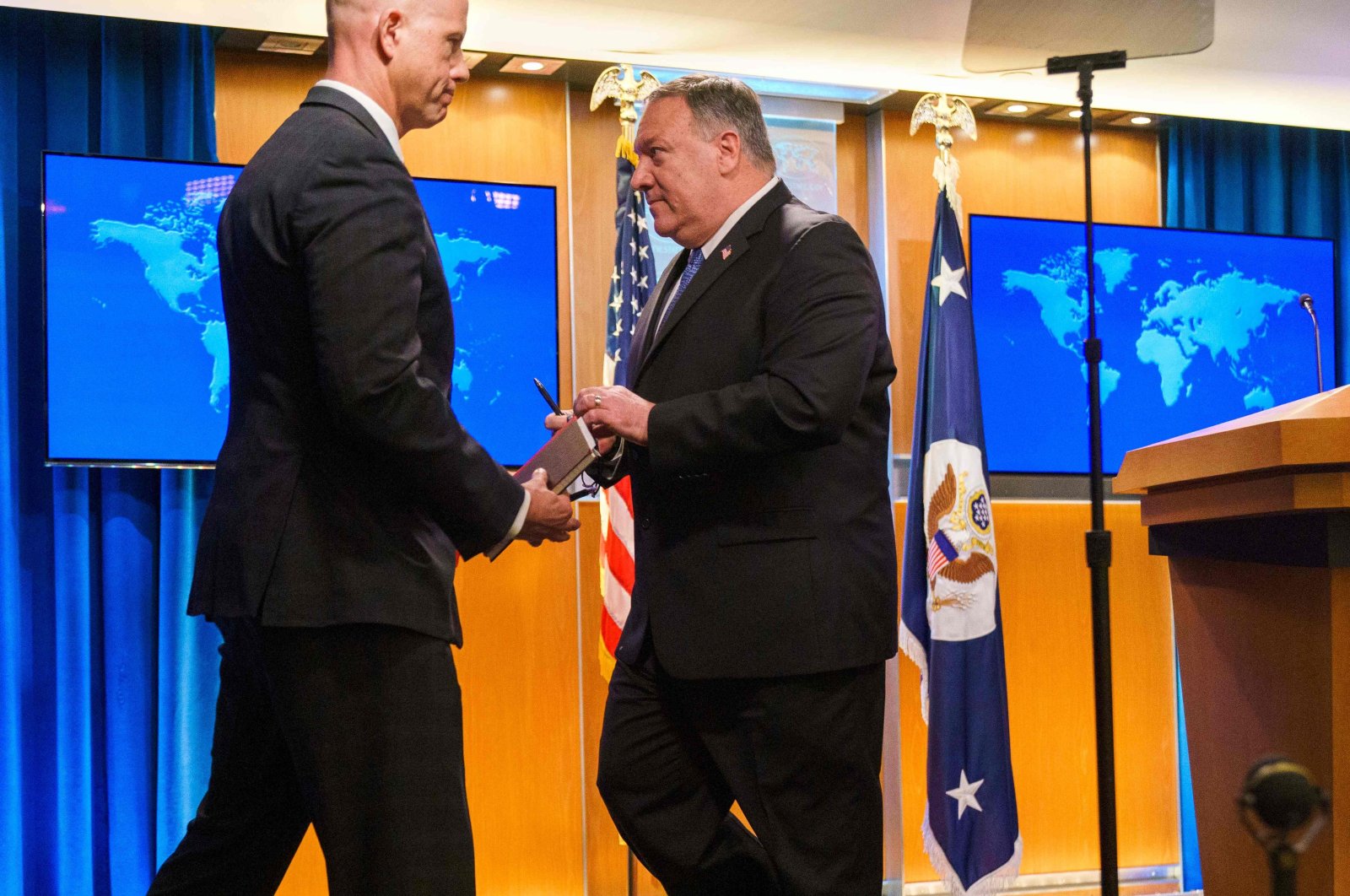 Despite Turkey’s intention to turn a new page in its relations with the United States, political turbulence and uncertainty in Washington’s politics after inconclusive elections jeopardizes possible opportunities to enhance relations between the two NATO allies based on mutual interest and understanding. The uncertainties of the current political crisis in Washington and politicians’ gaffes and incivility continue to hamper current relations with Ankara.

President Recep Tayyip Erdoğan sent a congratulatory message to President-elect Joe Biden on Tuesday, who is believed to have won the office according to current election results, although it has not been officially announced. On the same day, Erdoğan also thanked incumbent President Donald Trump for his sincere contribution to Turkish-American relations on the basis of common interests throughout the last four years. Ankara sent these messages as an indicator of courtesy, though the presidential candidates do not talk to each other.

Despite all the constructive steps taken by Ankara, U.S. Secretary of State Mike Pompeo’s prospective visit to Turkey – who is perhaps spending his last days in the position – justifies these controversies. The statement issued by the U.S. State Department on Tuesday said that in the framework of the visit, Pompeo will visit Istanbul's Fener Greek Orthodox Patriarch on the pretext of Washington’s support of religious freedom. As expected, Ankara strongly opposed the purpose of this trip.

On top of that, despite Turkey’s genuine invitations for talks on the recent tension with Greece over the island of Cyprus and the Eastern Mediterranean, stuffily Pompeo skipped coming to Turkey and instead visited both Greek Cyprus and Greece. Consequently, Pompeo’s controversial visit was perceived by all segments in Turkey as a highly provocative step bypassing Ankara and maintaining the patriarchate in Istanbul as the addressee.

Ankara retaliated against Washington with a harsh response, saying it would be better for the U.S. to look in the mirror first and show sensitivity to human rights violations such as racism, Islamophobia and hate crimes in its own country. In the statement, it was also suggested that the reactions were conveyed to U.S. authorities in person and that the U.S. should focus primarily on increasing cooperation between two countries on regional and global issues.

Beyond that, according to the report of the Middle East Eye, Turkish Foreign Minister Mevlüt Çavuşoğlu also refused to meet with Pompeo if he did not come to Ankara to discuss bilateral relations. In the light of political turbulence in Washington, it is still unknown who will be the new president of the U.S., though 10 days have passed since the elections. Predictions indicate that the political chaos in the country will deepen further. Despite this blurry political landscape, Turkey has treated both presidential candidates with diplomatic and political courtesy. Perhaps this indecent act of Pompeo, who perhaps is the lame duck, came at a time when mutual respect had to be preserved and as mutual interests in Turkish-American relations are at stake more than ever.

However, political figures in Washington, especially during the election period, increasingly meddled in Turkey's internal affairs, national security priorities and showed an attitude that ignores the interests and legitimate concerns of Ankara. In fact, this situation inevitably left wreckage that was inherited from the Obama era.

Moreover, Biden’s apologies to Turkey still retain their place in the country's memory. Yet, Turkey has maintained its common sense against the U.S. president-elect's unfounded allegations that claimed once that “Turkey is more dangerous than Iran” and that “Turkey trades oil with Daesh.”

That is why it is also extremely dangerous that these mistakes and offensive language seem to be ignored and not understood by Pompeo.

It is far beyond ignorance for Washington not to predict Turkish authorities’ possible reactions to this visit. It is obvious Pompeo uses this situation as a tool for internal politics.

Nowadays, Ankara's constructive but highly determined stance on conflicts from the Caucasus to the Middle East, from Africa to the Mediterranean is getting stronger day by day. In all these areas, Turkey's multilateralist and common-interest approach needs to be paid closer attention to by Washington as Turkey is also a NATO ally – which should be remembered. Otherwise, whether Trump or Biden sits in the Oval Office, the president will continue to face these realities in more strained conditions. Yet, if Pompeo keeps his seat, this latest incivility will still be remembered.