Stability, peace appear out of reach in Afghanistan without Turkey 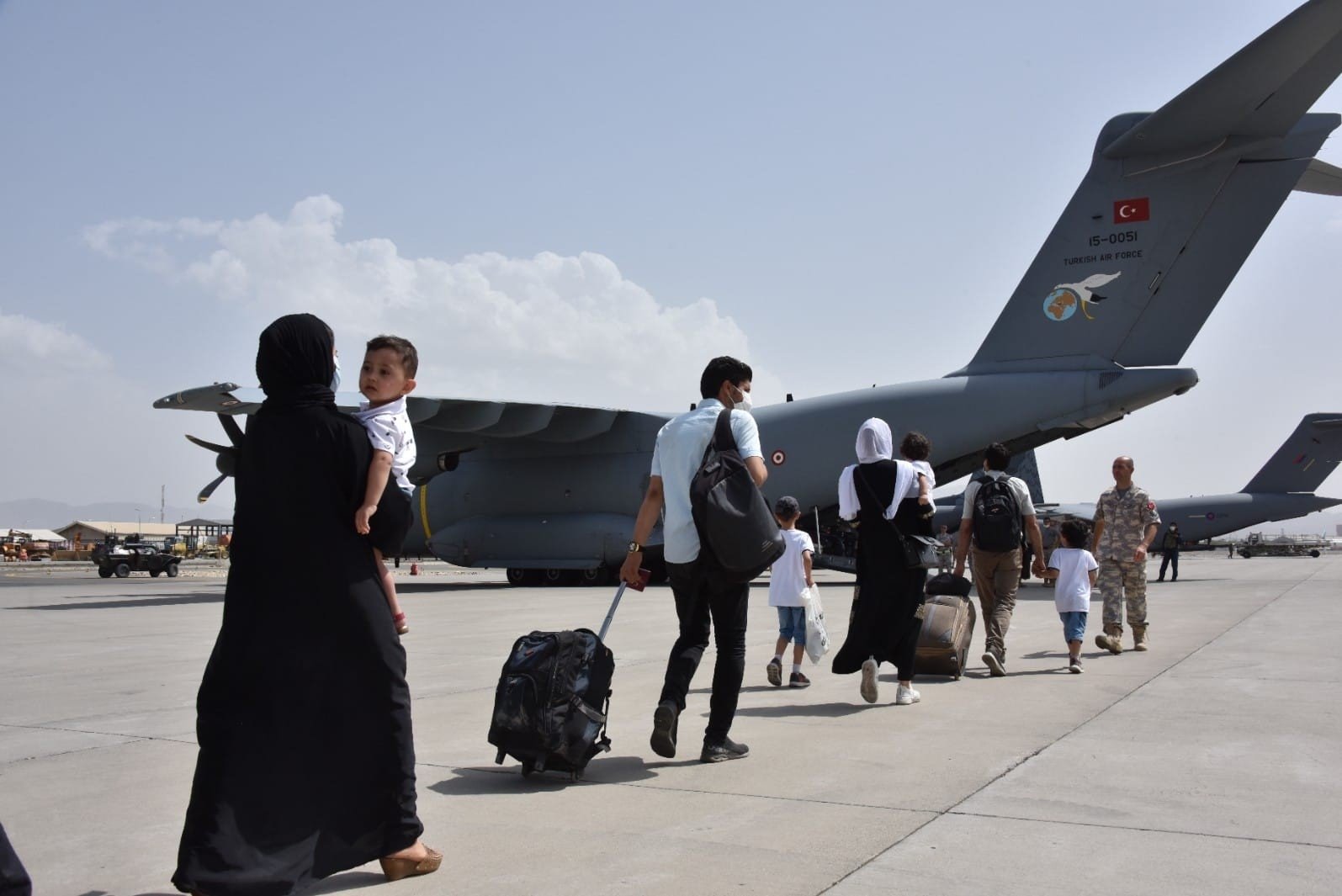 The second Taliban era has officially begun in Afghanistan after a 20-year war and occupation. While Afghanistan was one of the rare fronts the Soviet Union lost during the Soviet occupation from 1979 to 1989, it also accelerated the fall of an empire.

The withdrawal and failure of the Red Army after the almost 10-year Soviet occupation and the Afghan people’s regional victory was a game-changing, significant incident for the whole world. The developments signified the end of one era and the opening of another.

The U.S. gained ground in this geography with the fall of the Soviet Union and started to pursue proxy wars on these lands with its archrival Russia. The paradigm change in this process, which lasted until the attacks on the World Trade Center in New York on Sept. 11, 2001, Afghanistan became the second most important front of the U.S.' global "war on terror."

The 20-year U.S. occupation of Afghanistan, on the heels of the Soviet occupation that ended in 1989, ended this week in a manner that is rarely seen in world history.

The picture that emerged after the U.S. withdrawal has already surpassed the chaotic scenes following the U.S. withdrawal from Vietnam and Iraq. The tragic deaths of Afghans desperate to flee the country who clung to the plane’s wheels and mayhem at Kabul Hamid Karzai International Airport were like the last scene of a bloody failure, an unfair occupation and a lost war – just like the Soviets. Hollywood, which legitimizes wars, interventions and occupations through movies, could probably not have predicted the extent of the situation and the scenes that emerged. The dramatic images coming from Afghanistan do not change the fact that the country is in one of the most critical locations globally and regionally. Taking into consideration that two superpowers of the 20th century were defeated in Afghanistan and then lost power, looking at Russia and the U.S.' situation today can provide data for us.

Afghanistan remains a key country in several regional and global issues, including the U.S.-China rivalry, Russia-China-Pakistan-India relations, the future of NATO, the Pakistan-India equation and China’s integration with the world.

In light of these discussions, establishing security and stability in Afghanistan does not seem possible through unilateral solutions and proxy wars. As in Syria and Libya, supporting different actors and sides on the ground does not contribute to permanent peace and stability.

Considering this, the only country that has proven strong and effective in establishing peace and stability in Libya and Syria, despite having a different stance than its interlocutors on the field, including Russia, is Turkey. Turkey played a significant role in ending the Armenian occupation of Nagorno-Karabakh, ensured continuing cease-fires in Syria and Libya, and Afghanistan is an issue of interest for the country.

Turkey did not withdraw its offer to ensure the security of Kabul airport that it had made at the start of the U.S. withdrawal process from Afghanistan. However, the dimensions of this offer changed with the Taliban taking control as the conditions shaped from talks with the U.S., NATO and Russia cannot be considered without taking into account the changes on the field.

President Recep Tayyip Erdoğan, in a televised interview Wednesday, said Turkey welcomed the Taliban’s restraint and moderate statements. The president stated that Turkey is ready to cooperate to ensure Ankara's interests and the peace of Afghans and Turkish cognates living in the country.

Erdoğan further added that the some 600 Turkish soldiers in Afghanistan were never a combatant force and that Turkey exerted efforts for Afghanistan’s stability as a NATO and Resolute Support Mission member. He also noted that Turkey’s presence in Afghanistan would give the new government an upper hand in the international arena.

“We have never seen or used our soldiers there as foreign forces. We are making our plans in line with new realities in the field, continuing negotiations accordingly,” Erdoğan said.

Another significant point was that Erdoğan signaled a bilateral agreement could be struck with Afghanistan just as with Libya.

“It is important, to reach consensus with Afghan authorities. We can speak on various choices. For example, we can solve this with a bilateral agreement just as with Libya. This can be the Taliban or the current government as before,” he said, adding that Turkey has friends in the previous government including Abdullah Abdullah, the chairperson of the High Council for National Reconciliation (HCNR).

Erdoğan stressed that Turkey was in advanced talks with other countries over Afghanistan even before the Taliban seized control.

Stating that most of Turkey’s preconditions have started to be accepted by its interlocutors, Erdoğan said: “With the Taliban taking control of the country, we faced a new picture. There is a process in Doha, for example, we follow this process closely. We are also continuing contact with those in the process.”

Erdoğan’s statements on Turkish policy on Afghanistan were echoed by Foreign Minister Mevlüt Çavuşoğlu and Defense Minister Hulusi Akar this week. Erdoğan and the two ministers are engaged in busy diplomacy traffic with their counterparts. Erdoğan will also speak to German Chancellor Angela Merkel and Russian President Vladimir Putin in the upcoming days.

In light of all these developments, Turkey, Pakistan, Qatar and Iran will seemingly play vital roles in Afghanistan’s new chapter, a chapter that can be dubbed the second Taliban era. On the other side, Russia, EU countries, China and the U.S. seem to have no other choice than to cooperate with Turkey, Qatar, Iran and Pakistan to develop a new type of relationship with Afghanistan.

Therefore, as the dust settles in Afghanistan, signs are pointing to new actors being more active on the ground and others leaving.