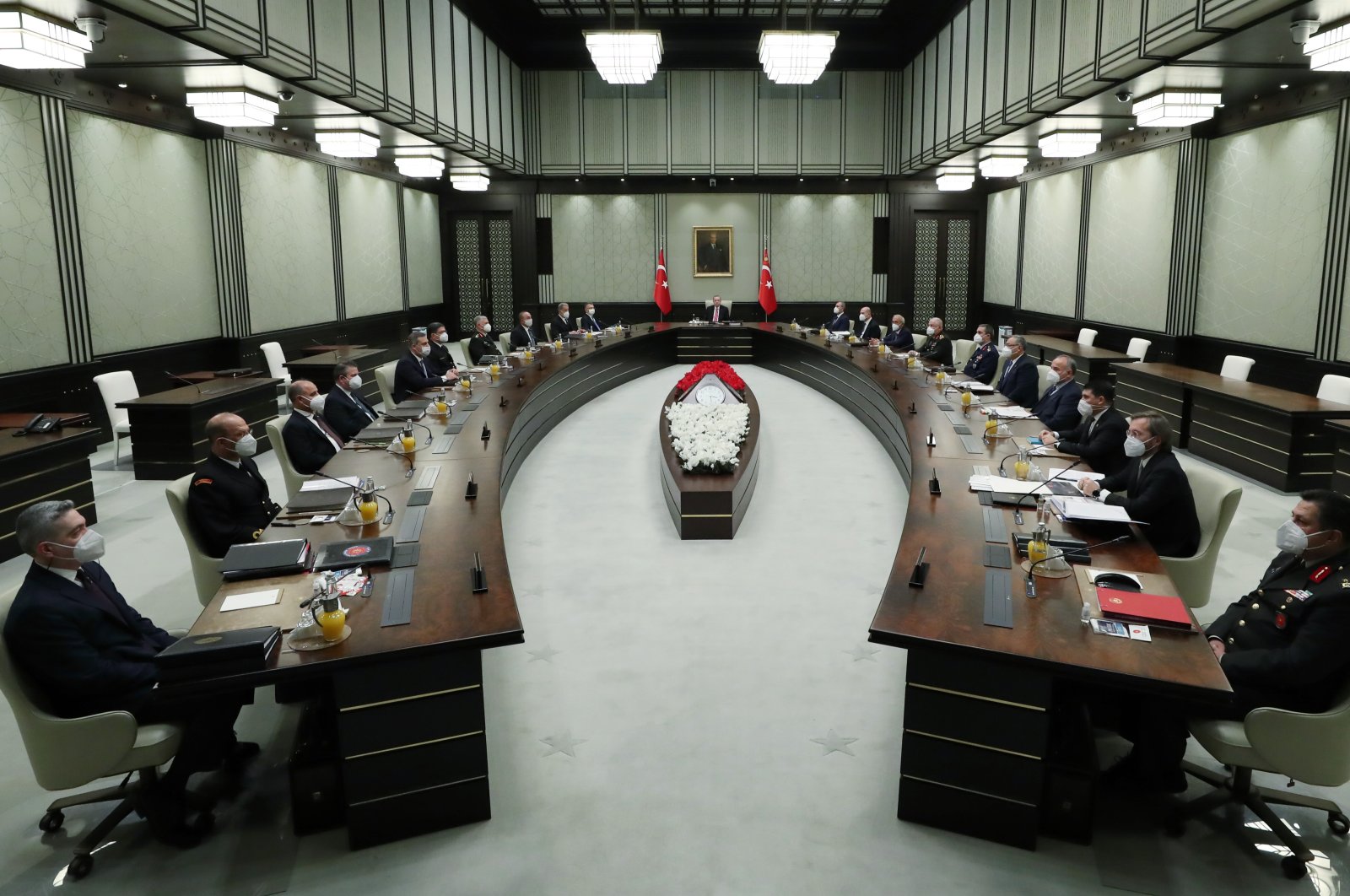 Ankara expects a convincing explanation and apology from Greece, Italy and Germany after the three illegally intercepted Roseline A, a Turkish-flagged commercial vessel, in international waters during Operation Irini on Nov. 22.

The operation on the vessel, which was carrying food and aid to Libya, caused a diplomatic scandal when it became clear it was carried out without any prior consultation with Turkey and Libya’s Government of National Accord (GNA). The move also violated U.N. Security Council resolution 2292.

The raid was carried out without the permission of the vessel’s flag country, Turkey, followed by a 16-hour search that uncovered nothing but food and construction materials.

During the search, which resembled a scene from a pirate movie, Roseline A's crew were treated like criminals.

Turkey has said it will practice all legal, military and political rights in response.

The country's National Security Council (MGK) on Wednesday said: "We're condemning the recent unilateral interference, which completely violates international law and spirit of alliance, in the strongest way. All necessary steps will be taken against this action."

President Recep Tayyip Erdoğan, Foreign Minister Mevlüt Çavuşoğlu and Defense Minister Hulusi Akar all underlined that Turkey would respond to the tyranny on the ground.

Turkey will keep the issue on its agenda, as an example for others to show it will not tolerate tyrannical actions and violations of international maritime law. The illegal raid could even be taken to the international courts.

Ankara believes the responsibility does not fall on one country, but all participant countries of Operation Irini because they are equally responsible in the command-decision process. It believes the raid was not the result of one country's hostility toward Turkey but rather a collective decision.

Turkey also questioned the aim of Operation Irini that stands in the way of food aid being sent to the GNA but overlooks aid being sent to putschist the Gen. Khalifa Haftar. Turkey strongly claims the operation violates international law, maritime law and has questionable legitimacy.

In addition to Operation Irini's illegal acts, the "Courbet" tension between Turkish and French warships in the waters off Libya in June is also noteworthy. The incident triggered discussions within NATO, with France singling out Turkey and claiming the Turkish vessel "harassed" France's Courbet frigate. The allegations were confuted following a technical investigation made on the instruction of NATO Secretary-General Jens Stoltenberg.

Turkey is now convinced that the actions in violation of international law of EU countries' military forces in international waters are not accidental, isolated incidents. Ankara knows that its military, political and economic agreements with the internationally-recognized GNA in Libya disturb some countries in Brussels, particularly France. Turkey can foresee asymmetric attacks coming its way but this does not prevent the country from taking the issue to NATO despite France's destructive behavior harming the alliance.

Relations between the NATO members initially soured over the Libya conflict since the countries support opposing sides. France accused Turkish warships of aggressive behavior after its warship tried to inspect a vessel in June that it suspected was violating a U.N. arms embargo on Libya, but Turkey has denied harassing the Courbet.

Ankara knows that the attack on a Turkish vessel within the scope of Operation Irini was a message as was the French attack in June. Turkey's role in establishing permanent stability and sustainable peace in Libya, after inking an agreement on continental shelves with the GNA, disturbs those with oil and trade deals with Haftar. Turkey's rights in the Eastern Mediterranean, under international law, disturb the same group.

In light of the developments, all eyes are now on the EU summit scheduled for Dec. 11 to see which decisions will be taken. It will be the EU and countries provoking the bloc that will suffer the most if the same attitude seen in Irini and Courbet is continued. Another negative message from Brussels, despite Ankara's constructive approach, positive messages and olive branch, will open a period in relations that will be difficult to fix for a long time.