What will be major pillars of Turkish foreign policy in next 3 years? 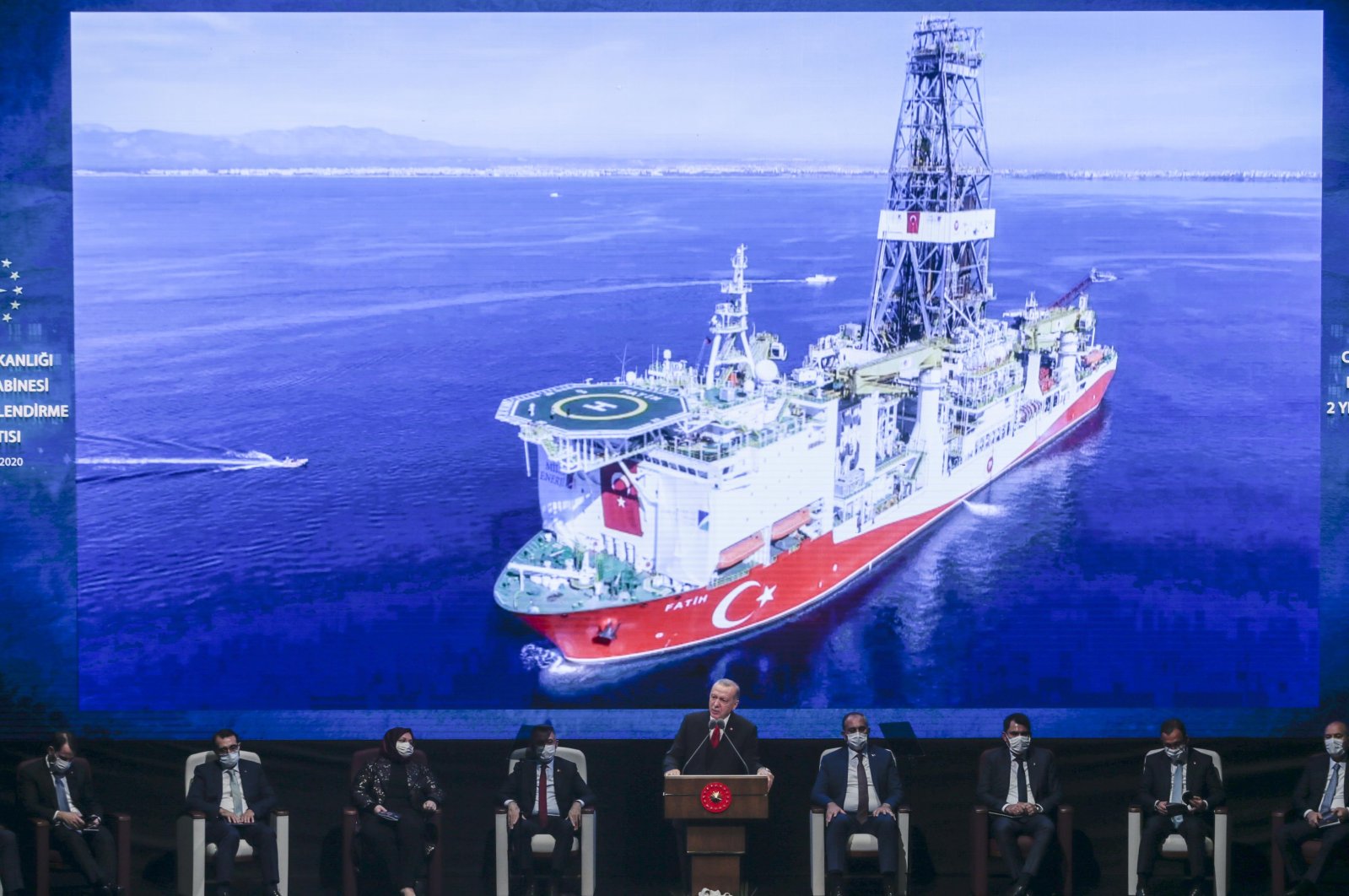 The direction of Turkish foreign policy in the last two years gives some clues as to how Turkey will approach the current issues in the next three years, until 2023. President Recep Tayyip Erdoğan, who signaled that Turkey in the upcoming period would continue to voice its motto that “the world is bigger than five,” said Ankara would continue to be everywhere in terms of its influence and presence as well as its soft power until the oppressed achieve justice and sustainable peace and security are realized.

On Tuesday, Erdoğan led the Two-Year Presidential Government System Evaluation Meeting where he elaborated on the activities of his government, which could hardly be squeezed into an 81-page booklet. In his speech, which lasted for more than two hours, the president gave significant indicators of the direction Turkish foreign policy would take in the upcoming period.

The president talked about the developments, the initiatives and the progress that Turkey had made in a wide spectrum of sectors, including the economy, foreign policy, technology, defense industry projects, tourism, social services, energy and the health care system.

One of his most striking statements in terms of foreign policy was that Turkey would never permit the oppression of those in countries such as Syria, Libya and Myanmar. Again, taking a firm stance against Armenia on Azerbaijan, Erdoğan gave a message to those whose histories bear the marks of colonialism and massacres. He stated that Turkey’s presence on the field was not prompted by the aim of taking advantage of these countries’ natural resources, as some countries do, but rather by border and national security concerns. He also stressed that Turkey’s ongoing cross-border operations in Syria and Iraq are in compliance with international agreements. All steps and decisions have been taken in line with Turkey's rights of national sovereignty, he said.

“Up to this point, we expressed that we do not have eyes on the land, sovereignty and especially natural resources of anyone. Whatever immorality others will engage in, we will not stray from the path our faith and history shows us," Erdoğan said.

The president further highlighted that additional steps are being taken to strengthen the energy cooperation with Libya, and he called on everyone attacking Libya's official government to respect international law and the will of the Libyan people.

In light of the president’s aforementioned statements, it is clear Turkey will continue its operations in Syria and Libya until the legitimate will of the Libyan and Syrian people is met and peace is established. Henceforth, Ankara's position on these two issues is two central pillars of Turkey’s foreign policy, which were also underlined in the most recent National Security Council meeting on Wednesday.

In another mark of Turkey's decisiveness on the matter of Libya, Erdoğan said Ankara will continue to support the official Libyan government, adding that no one should expect Turkey to withdraw from the country, as the Turkish government would not allow this.

Additionally, Erdoğan, who drew attention to the anti-democratic nature of the recent so-called elections in Syria, said that the polls were met by astonishing silence from the international community, which did not comply with the democratic tradition of the United Nations and countries that call themselves the cradle of democracy.

Meanwhile, as a mark of the success of Ankara’s Syria policy, the number of Syrians returning to their homes exceeded 402,000 as a result of Turkey siding with the Syrian people and its operations to clear terrorists from residential areas.

Concerning policies in the Eastern Mediterranean, Erdoğan said Turkey continues its activities in the region under the framework of sovereignty and international law and underlined that Ankara does not need permission to carry out work there.

The president also highlighted Ankara’s sensitivity regarding Iraq’s political unity and territorial integrity, stating that the primary topics on both countries’ agendas are the fight against terrorist organizations, investment, the development of trade and the protection of Iraqi Turkmen’s rights.

Aside from the regional countries specifically mentioned in the speech, Erdoğan also discussed the acceleration in relations with African nations, the Balkans and those within its cultural influence sphere. He only briefly mentioned Russia, the European Union and the U.S., noting the busy diplomatic relations with these entities. In fact, these countries are already involved actors at the negotiating table and on the field in Turkey’s main foreign policy issues. The shuttle diplomacy Ankara has carried out in the past two years with Washington, Moscow, Brussels and Berlin has been busier than ever. The main issues handled were, in general, Syria, Libya, the Eastern Mediterranean and the fight against terrorism.

Overall, it seems that Turkey’s main agenda in its foreign policy until the 2023 elections will be these ones. Turkey will continue on its path until these governments grow weary of arm wrestling with Ankara both at the negotiating table and on the field. Furthermore, Turkey will continue to seek cooperation and win-win bargaining to establish sustainable peace and stability in the region and the world, without compromising its national sovereignty rights, national security and the interests of the oppressed.