Operation Olive Branch: A step toward freedom for Syria's Afrin 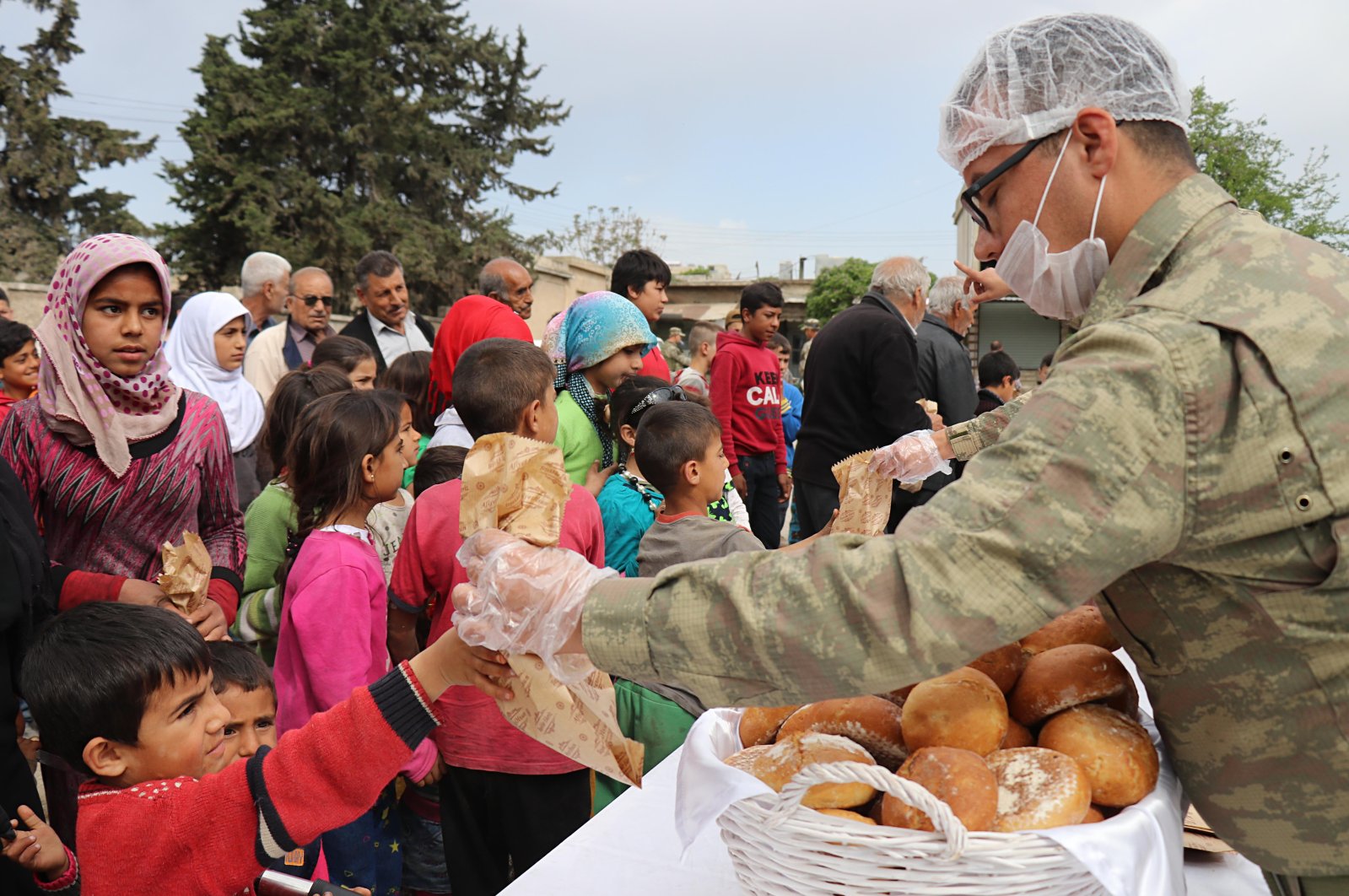 The second step of Turkey's operations in Syria took place two years ago today. Determined to fight terrorists and with the aim of helping Syrians return to their hometowns, Operation Olive Branch continues to be a highlight in the recent history of the region

Today is the anniversary of Turkey's second cross-border operation in Syria, Operation Olive Branch, which aimed to clear the northwestern Afrin province of terrorists while ensuring border security. Two years since its initial launch, a relative peace surrounds the province as life has returned to normal for the most part.

Named after the olive trees in Afrin, which the province is famous for, the operation started back on Jan. 20, 2018, and ended on March 18, 2018. Between these dates, the Turkish military cleared the province of terrorist elements while establishing a secure environment for displaced Syrians to return.

However, although it appeared to go smoothly and with few complications, Operation Olive Branch was actually full of challenges and difficulties that cost many lives.

Following President Recep Tayyip Erdoğan's announcement, the Turkish military launched the first step of the operation in January by sending 72 warplanes that took off in the memory of 72 Turkish soldiers killed during Operation Euphrates Shield.

From that point on, the operation was conducted with determination despite difficult weather conditions and the rough terrain in Afrin. Fighting against 8,000-10,000 YPG/PKK terrorists, the Turkish military went to great lengths to avoid harming civilians. The terrorist group preferred to use them as human shields.

During the operation, seven civilians were killed in Turkey's southeastern Hatay and Kilis provinces due to the YPG/PKK attacks that targeted mosques, schools, hospitals and restaurants. Some 124 civilians were also injured in the attacks.

After this series of liberations, Erdoğan made a speech on March 8, 2018, heralding the success of the operation:

"I would like to share some good news with you. As of this morning, Afrin city center is under the complete control of the members of the Free Syrian Army (FSA), backed by Turkish security forces," Erdoğan said.

Erdoğan's announcement was followed by the news that the last town under YPG/PKK control, Mabatlı, was also liberated from the terrorists.

With the liberation of Afrin city center, the operation was complete, with six towns, 282 villages, 23 strategic mountains and hills, one dam and 50 strategic points were finally under the control of the Turkish army and the FSA.

Turkey also prevented the YPG/PKK from establishing a de facto autonomous region in Syria connecting the Afrin canton to the Kobani and Jazeera cantons in the northeast, which Ankara described as a "terror corridor" posing a grave security threat to its national security.

However, yet another issue emerged after the end of the military operation, and Turkey rolled up its sleeves once again. This time it was to provide humanitarian aid and start reconstruction in the war-torn province. Thanks to these efforts, displaced Syrians were able to return to their hometowns on March 20.

Turkey often voiced that in order to establish long-lasting stability and normalization in Syria, the return of displaced Syrians to their hometowns is just as important as the fight against terrorism. Despite a number of outstanding issues, nearly 350,000 civilians in the town of Afrin now live in a stable and secure environment.

Turkish officials have gone to great lengths to completely erase all traces of terrorism, strengthen security, help civilians' return home and bring a sense of normality to the region. Ammunition and artillery belonging to the terror group were found and destroyed. Furthermore, work is ongoing to detect and destroy mines and other explosive devices planted by the terrorists.

The next move was to form local administrations by establishing seven local assemblies that would serve the people. Through these assemblies, Turkey has been providing assistance to the province in agriculture, industry, trade, culture, sports, health and education.

Following Operation Olive Branch, many Turkish humanitarian agencies, including the Turkish Red Crescent, have been distributing food daily in the district center and villages to meet the needs of the people.

Health and education, however, remain priorities. A hospital with 100 beds opened in the province, while in the schools, the education system established by the YPG/PKK has been removed and a new one established by the temporary administration. The hospital offers free health services to local people. Currently, there are a total of 53,000 students receiving education in Afrin.

Turkey is also helping locals build olive oil facilities in the town, where agriculture is the main source of income. Since the terrorists were cleared from the city, many locals have been able to open new shops in the city center. Turkish products can easily be found in these shops, and people can also shop using Turkish liras.