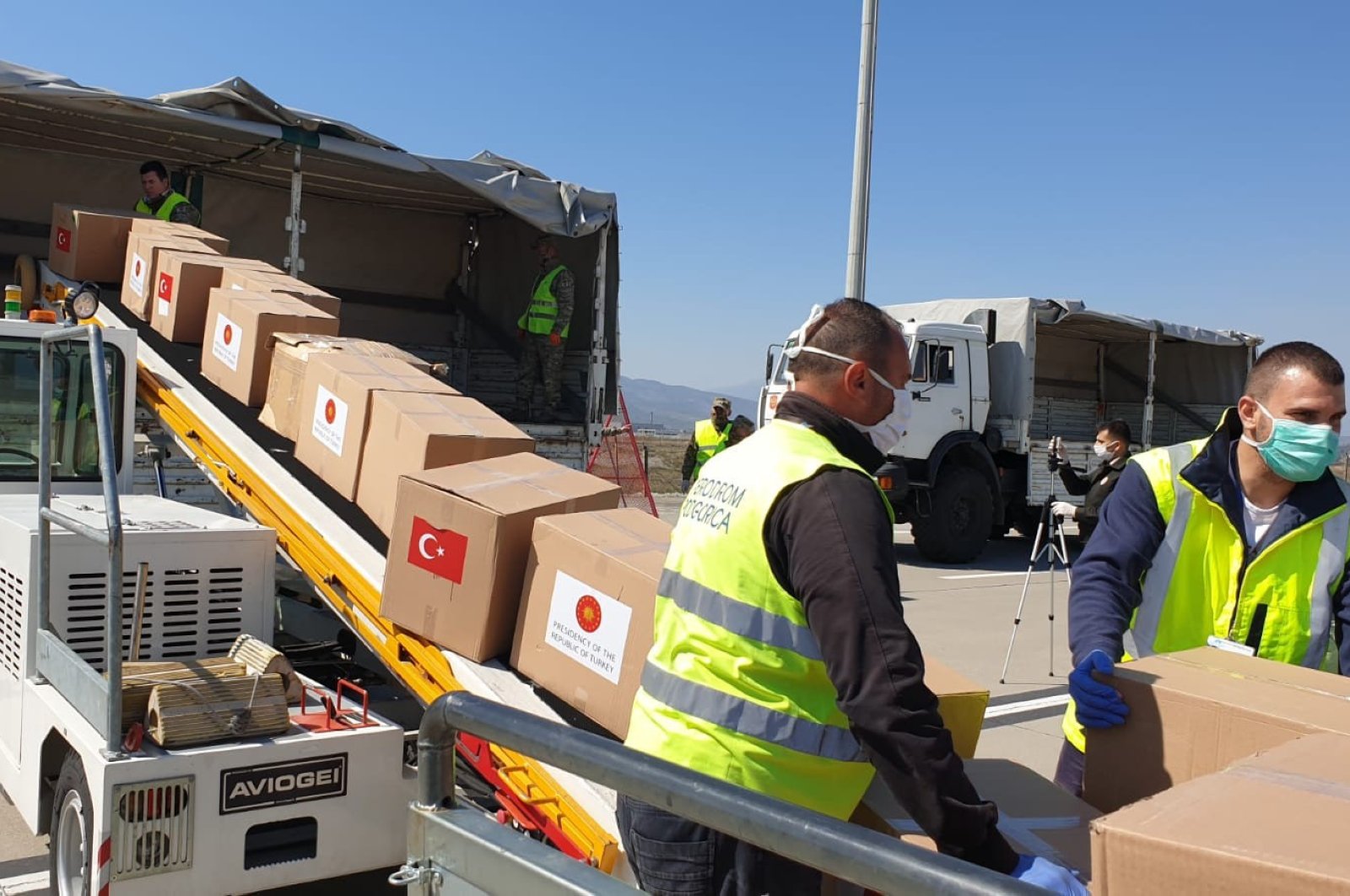 The United States Pentagon Deputy Assistant Secretary of Defense for European and NATO Policy Michael Ryan on Thursday lauded Turkey’s delivery of medical supplies to Spain and Italy to aid in the fight against the coronavirus pandemic.

“Spain and Italy were grateful for this help. I do not know whether Turkey has helped another country in Europe, but if it has, I would not be surprised. Turkey is a very generous country,” Ryan stated during the Pentagon’s video press conference.

Ryan underlined that various forms of cooperation had occurred between NATO nations in the fight against the pandemic, while accusing Russia and China of launching disinformation campaigns against NATO countries.

Turkey last week sent a plane full of medical supplies to Europe. The A400M military cargo plane took off from Etimesgut military airport in the capital Ankara carrying crates full of masks, hazmat suits, goggles and disinfectants. All equipment on board was produced at military-owned factories and at sewing workshops that produce military uniforms and other clothing for the army. The crates containing the supplies carried messages reading: “With love to the people of Spain and Italy, from Turkey” and the words of the 13th-century Sufi mystic Mevlana Jalaluddin Rumi: "There is hope after despair and many suns after darkness."

Turkey has sent medical aid to at least 30 countries including many in the Balkans, while 88 countries have sought assistance from Ankara.

The U.S. had submitted a list of medical supplies that they would like to purchase from Turkey, seeking Ankara’s help in dealing with the coronavirus pandemic that has inflicted a major blow to the country’s already fragile health care system and depleted the Strategic National Stockpile.

The request noted that the U.S. may buy the aforementioned products from Turkey in the case that the country has the surplus capacity or are able to barter with necessary supplies.

U.S. hospitals have been inundated with COVID-19 patients, while the Department of Health and Human Services (HHS) announced Wednesday that the Strategic National Stockpile is running out of N95 respirators, surgical masks, face, shields, gowns and other medical supplies vital to protect front-line medical workers.

On the other side, despite the urgent need of medical aid for U.S. citizens, Washington has provided support against COVID-19 for the PKK/YPG terrorist organization.

The U.S.-led coalition against the Daesh terror group provided $1.2 million in supplies for COVID-19 prevention efforts and detention operations to YPG/PKK terrorists, according to a statement last week.

The equipment was sent to the Al-Hasakah and Al-Shaddadi areas in northern Syria controlled by the YPG/PKK terror group, according to the Combined Joint Task Force-Operation Inherent Resolve.

"The medical equipment will help protect staff at hospitals in Hasakah and Shaddadi" and other YPG/PKK terrorists responsible for detention camps, the statement said.

It said personal protective equipment, such as latex gloves and masks, as well as surgical kits, defibrillators and oximeters, were provided to the region.

Additionally, protective equipment for guard forces, including masks, shields and batons, were sent to detention facilities.