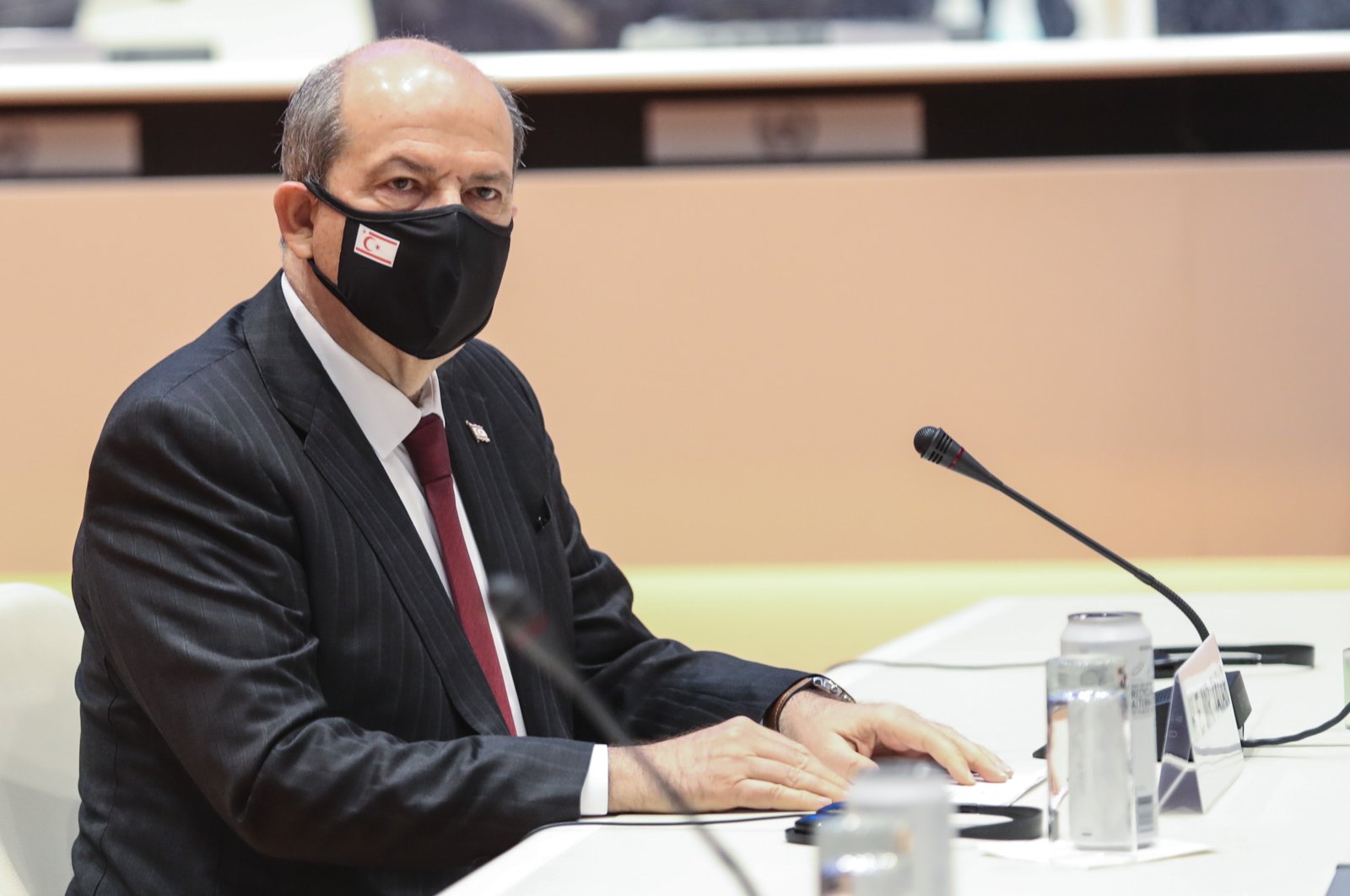 On the last day of the Cyprus talks in Geneva to find a solution for the divided island, President Ersin Tatar underlined that there is no point in holding formal discussions without the recognition of his state

It is inaccurate to lend the impression that new negotiations are starting in Geneva, Turkish Cypriot leader Ersin Tatar stated on Thursday.

Tatar’s words came after U.N. Secretary-General Antonio Guterres on Thursday stated that there is "no common ground yet" to resume formal negotiations on the settlement of the Cyprus problem.

On the last day of the talks that started Tuesday, Guterres stated that he will convene another round of U.N. 5+1 talks to move the Cyprus process forward. He added that there was an understanding that probably two to three months is the kind of time frame that should be used for the next meeting.

“It will have no meaning to sit around the table, begin formal talks unless equal status based on equality is recognized,” Tatar pointed out during a joint press conference with Turkish Foreign Minister Mevlüt Çavuşoğlu.

Çavuşoğlu said that the Greek Cypriot side did not offer a new proposal during the talks. He added that Turkey will continue to support a two-state solution based on sovereign equality endorsed by the Turkish Republic of Northern Cyprus (TRNC) and that Ankara will not compromise on the independence, sovereignty or equality of the TRNC.

Meanwhile, Greek Cypriots said that the Turkish two-state offer will not work. "There is not one single chance of Turkey or the Turkish Cypriot side succeeding in this. This was something that was pointed out by the (United Nations) secretary-general," Anastasiades told reporters in Geneva.

Tatar also criticized the Greek Cypriot proposal to open the Ercan airport in Lefkoşa (Nicosia) and the Gazimağusa (Famagusta) seaport to international traffic under U.N. supervision saying, that it is an insult to Turkish Cypriots.

Diplomats had been trying to make headway to end a decades-old conflict between rival Greek and Turkish Cypriots that destabilizes the Eastern Mediterranean and is a key source of tension between NATO allies Greece and Turkey.

"The truth is that at the end of our efforts, we have not yet found enough common ground to allow for the resumption of formal negotiations," Guterres told a news conference in Geneva.

“We are determined to do everything we can to make this dialogue move on,” he pointed out.

The U.N. chief further reiterated that the position expressed by Turkish Cypriots is a solution based on two states.

Guterres held successive meetings during the second of a three-day informal gathering he is hosting in Geneva with Turkish Cypriot leader Ersin Tatar and Greek Cypriot leader Nicos Anastasiades, but no breakthrough appeared to emerge.

The gathering is also being attended by the foreign ministers of Cyprus’ three "guarantors" – Greece, Turkey and Britain. It’s the latest attempt by the U.N. to revitalize the peace process since another round of negotiations collapsed in 2017.

The focal point of Wednesday’s talks was Tatar’s submission to Guterres of a two-page document outlining the Turkish Cypriot vision for a peace accord based on a two-state model rather than a federation.

Tatar's document, released to media, called on the U.N. Security Council (UNSC) to pass a resolution recognizing Cyprus’ Turkish Cypriot north as a sovereign state, equal in status to the internationally recognized government in the Greek Cypriot south.

The document said a peace deal would then be worked out between “two independent states” under U.N. auspices.

However, Greek Cypriots reject a two-state deal because it would legitimize the island’s permanent partition.

The Greek Cypriot administration, backed by Greece, became a member of the EU in 2004, although most Greek Cypriots rejected a U.N. settlement plan in a referendum that year that had envisaged a reunited Cyprus joining the EU.