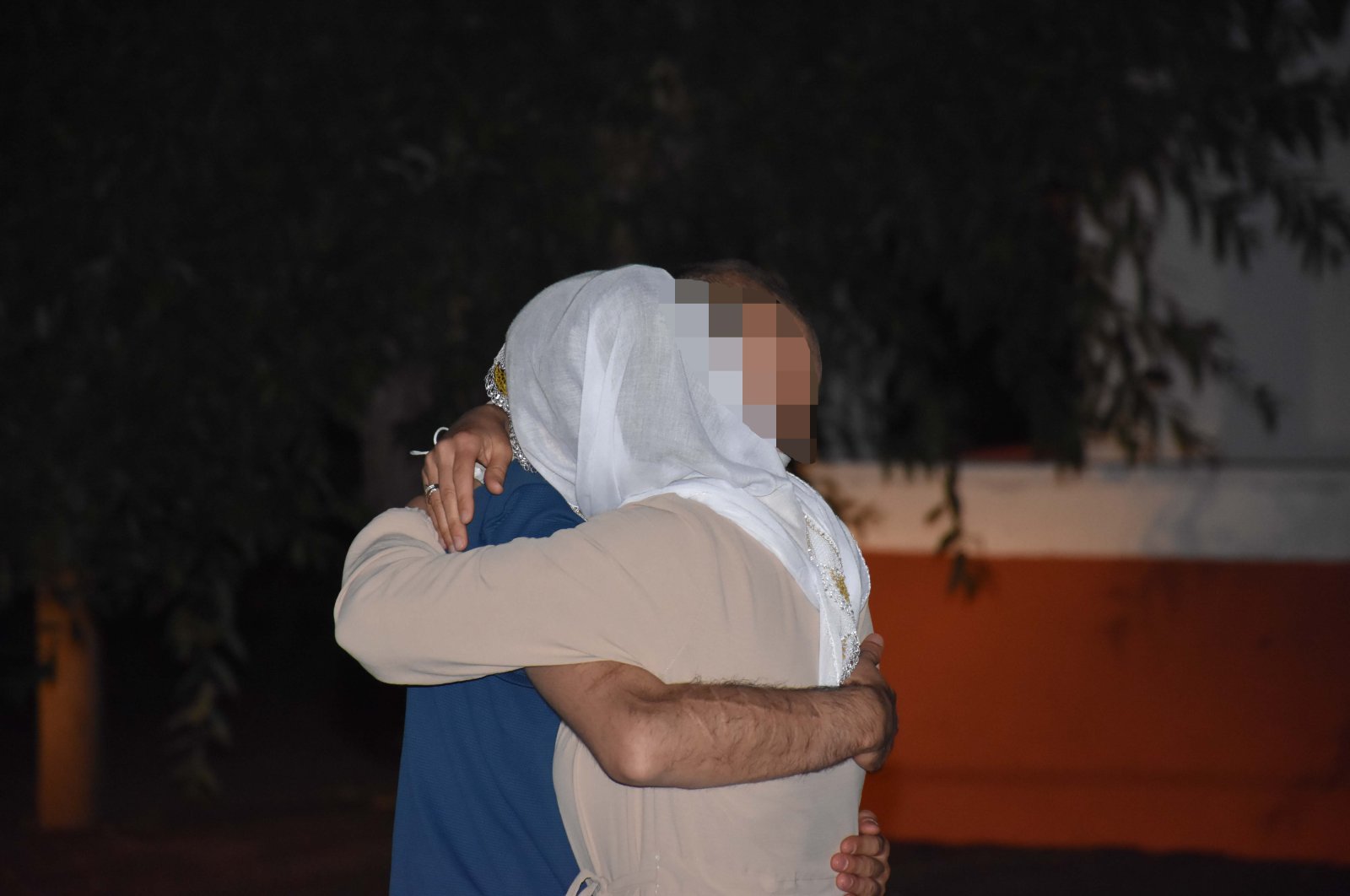 Former members of the PKK have reported to Turkish security forces that the news of protests against the terrorist group and its child recruitment activities has been suppressed by high ranking figures. PKK leaders have particularly sought to silence news reports about protesters who regularly demonstrate in front of the pro-PKK Peoples' Democratic Party (HDP) headquarters in southeastern Diyarbakir province. The group of parents who are demanding the return of their children has been nicknamed the "Diyarbakir families."

Some PKK members who surrendered in the Mardin and Şırnak provinces said leaders of the terrorist organization prohibited members from accessing television, the internet or newspapers as part of the coverup.

The former terrorist further stressed that those who sought to gain news from such media were imprisoned or heavily punished while propaganda was made asserting that the protesting families were receiving money from the state and aimed to trick members to surrender just to be thrown into prison or killed by Turkish security forces.

Another surrendered terrorist that spoke both in Kurdish and Turkish explained that he joined the PKK at the age of 13 or 14.

“I was a child, I had no capacity for thought, I did not know right and wrong. They made propaganda for the organization. They told me ‘Let us send you to the mountains; there the organization will help you and solve whatever problems you have.’ They sent me to the HDP building,” the member elaborated, claiming that once at the HDP building he was told that he had come to the right place.

He said that after joining the terrorist group, he saw many die: “It was a nightmare for a child. I wanted it to end but it never did. I was regretful, I missed my family. The gendarmerie saved me and I have reunited with my family,” he added.

Another former member who said that the Diyarbakır mothers’ protests have been influential on group members that wanted to reunite with their families, called on others to surrender and go to their families.

Most families have stated that the last time the children were seen it was at the HDP provincial building while many others claim they had been forcefully abducted.

The HDP is accused by the government of having links to the PKK. The protesting mothers claim the party is responsible for kidnapping or tricking their children into joining the terror group. The HDP, long facing public reaction and judicial probes over its ties to the PKK, is under pressure from this growing civilian protest movement. Various groups from around Turkey have supported the Kurdish mothers in their cause, with many paying visits to show solidarity.

One of the surrenderees stated that the PKK was engaged in brainwashing to win over members. “We will look after you and your family, you will have good living standards,” the member was told by the PKK, adding, however, that he was met with mistreatment and torture and left to starve many times. He claimed members lived under poor conditions in the mountains exposed to rain and snow for months without even one shower.

The former members even stated that boys were subject to rape by the PKK, saying: “Children were subject to mistreatment and torture. They left us to starve, poured cold water onto us. They shot at us from behind and shouted ‘run.’ Children were taken to battalions and were not allowed to see their families. They brought us to Syria. They entertained with small girls,” he continued.

The member said that a heavy amount of psychological pressure was applied to members, while specific books were made mandatory reading depicting the Turkish state as "malicious."

Another of those who had surrendered said that girls often failed to cope with the conditions and attempted suicide.

“Those trying to flee were killed,” they reported.

On the other hand, a significant number of suspected terrorists have started fleeing the PKK and surrendering. However, many terrorists lack the courage to leave the group fearing punishment if caught. Once surrendered, former recruits are provided with many opportunities, including the right to an education and the freedom to live without fear and oppression.

With the latest additions, the number of terrorists that surrendered so far this year has reached 123, the Interior Ministry announced Monday.

A written statement said that another member had surrendered in Mardin and was persuaded with the help of his family and security forces.