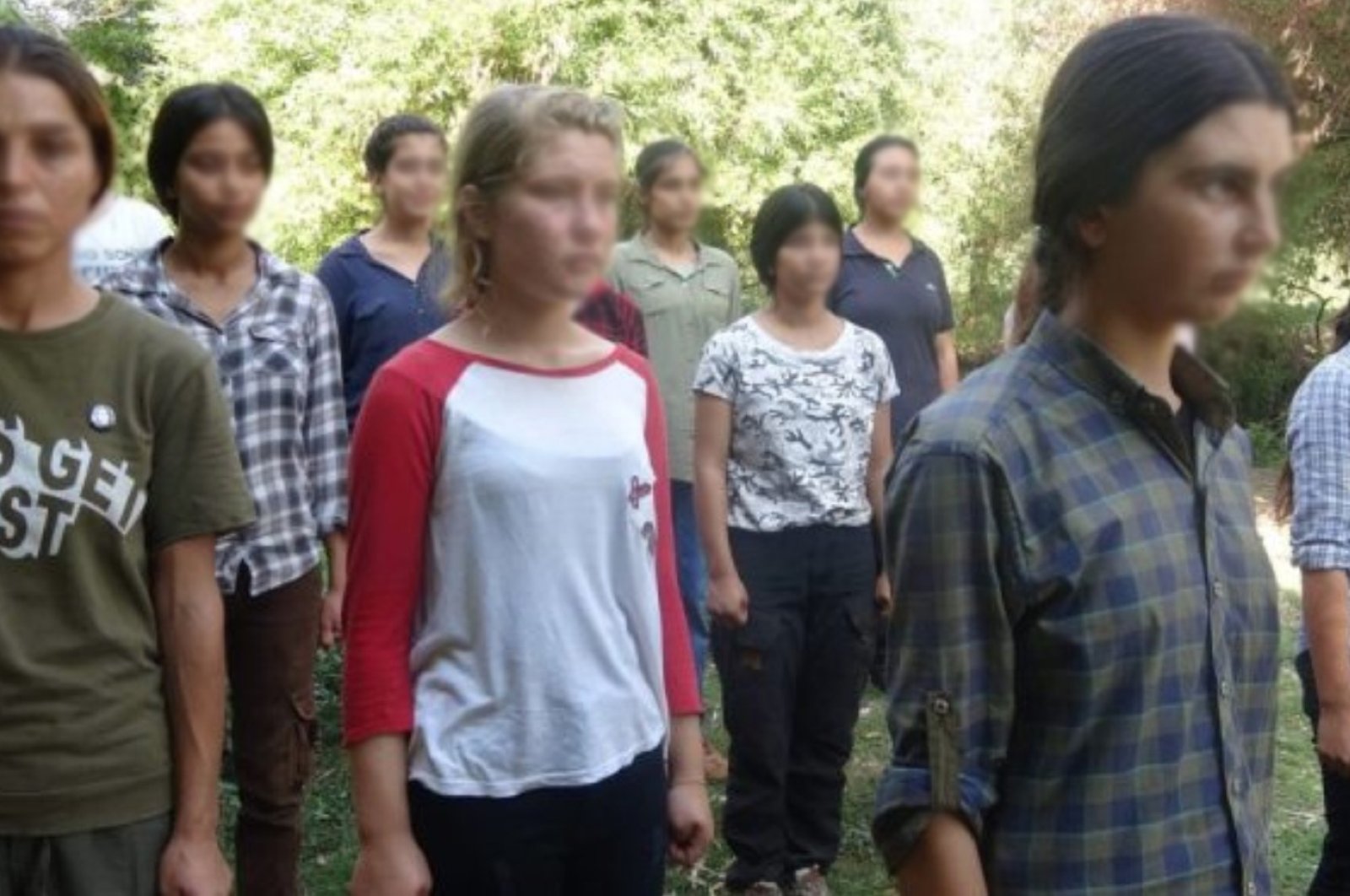 The PKK terrorist group continues to recruit more children as its affiliated websites revealed over 10 underage girls joined the terror cell on Friday. The group’s continued recruitment of children was again condemned on social media.

A website affiliated with the terrorist group, Nuçe Ciwan, praised the children as if they willingly joined the ranks of the group, calling them “young women."

“Young women from Rojava joined the ranks of the PKK,” the website said in an article, mentioning the obviously underaged children.

Turkish people took to social media, condemning the terrorist group for its efforts to recruit more children, which is a felony according to both Turkish laws and international law.

Kurdish mothers whose children were abducted by the YPG/PKK have been staging a sit-in protest in southeastern Turkey’s Diyarbakır city in front of the pro-PKK Peoples’ Democratic Party (HDP) office for over 10 months.

Human Rights Watch also documented that the terrorist group continues to recruit children despite objections from families and prevents parents from getting in touch with their kids.