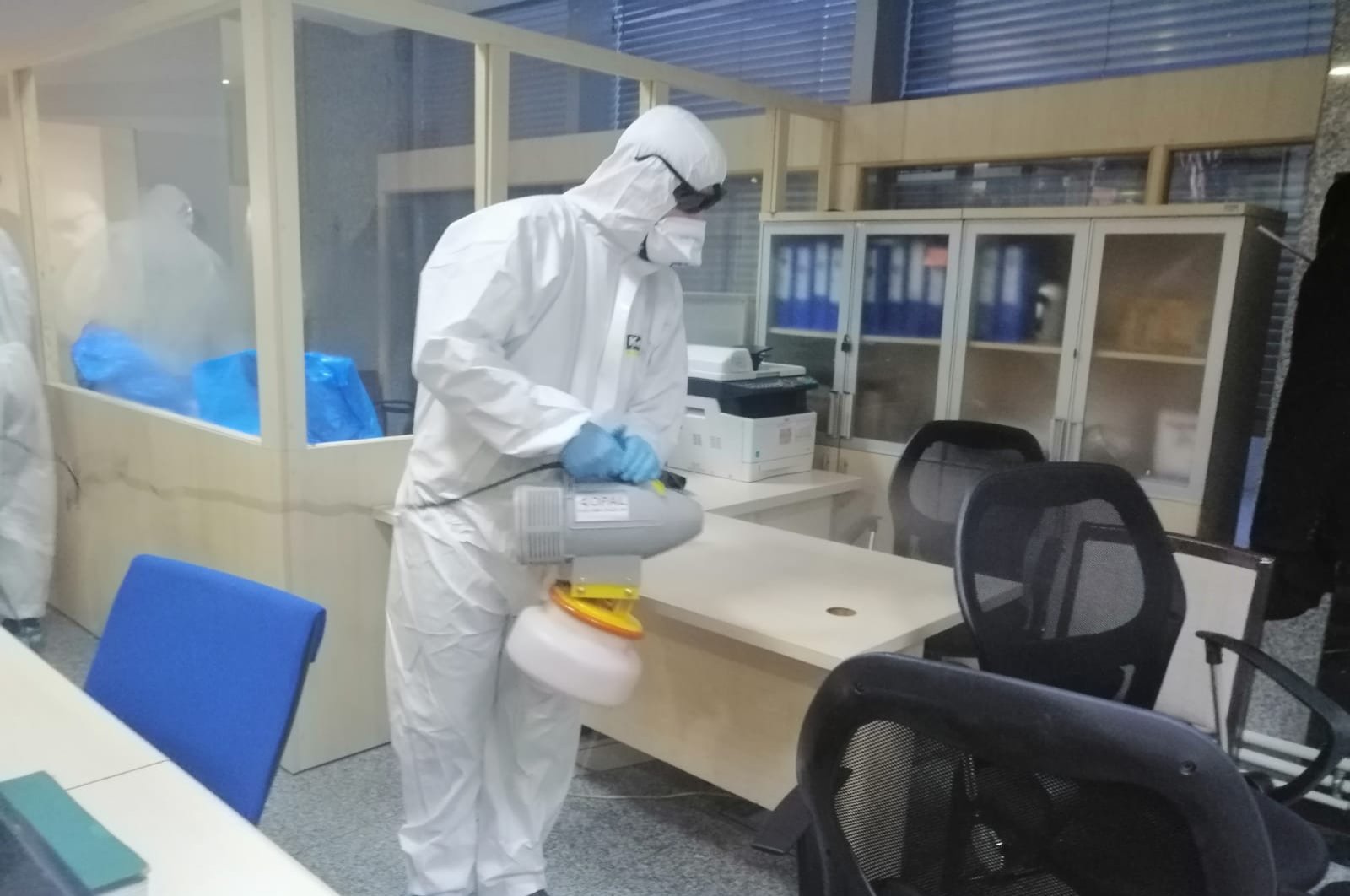 Group head of the ruling Justice and Development Party (AK Party), Naci Bostancı, sent text messages to all party deputies informing them of the latest precautions being taken. Bostancı demanded deputies not bring the elderly or children to group meetings, avoid group photos at the end of the meetings and not invite outside visitors to the restaurant in the Parliament building.

In addition to these measures, disinfectant dispensers have been placed at 284 spots within the Parliament building, in addition to warning signs prepared by the Health Ministry, stating the importance of washing hands. Almost all the meeting halls of the building have been disinfected, while the private offices serving deputies are expected to be disinfected in the upcoming days as well.

The placement of thermal cameras at key spots within Parliament is another item on the agenda as part of the measures taken against the virus.

Consequently, the building has received far fewer visitors than usual, with multiple international commissions and meetings of foreign delegations having been canceled until further notice. The presidency of the assembly has also demanded all deputies cancel upcoming trips abroad.

Meanwhile, the main opposition Republican People’s Party (CHP) is planning to reschedule its ordinary congress planned for the end of this month.

According to Hürriyet daily, the CHP is expected to discuss the possible risks of having a meeting at that scale given the circumstances at the party's central executive board meeting scheduled for Thursday.
Speaking on the issue on Thursday, the party's spokesperson Faik Öztrak said that although they wish for congress not to be postponed, they are closely following the necessary measures and would do whatever it takes to prevent any further contagion.

President Recep Tayyip Erdoğan on Wednesday called on the public to heed the advice and instructions of health authorities. Addressing AK Party parliamentary group meeting, Erdoğan said they had taken timely measures against the virus but full protection was not possible for “a virus that spreads so fast.” He said protection measures would remain in place and that he would preside over a meeting of the government on Thursday to discuss the matter. Erdoğan noted that cleanliness was of the utmost importance for protection and advised “greeting people from afar” instead of engaging in handshakes. “Turkey will overcome this challenge without any losses,” Erdoğan assured the public, but urged elderly citizens and people with health problems to stay away from crowded places “for a while.”

Erdoğan also adopted a new greeting, putting his hand on his chest, in the fashion of a traditional Turkish greeting. The president also had a cameraman on Wednesday with a thermal camera with which he checked people Erdoğan met before and after the parliamentary group meeting.

As part of the measures, the AK Party also canceled its upcoming camp in Ankara's Kızılcahamam district which was supposed to be held on April 3-5.

Nationalist Movement Party (MHP) became yet another party that paid major attention to the measures against the coronavirus by disinfecting the entire party's headquarters while urging party members to refrain from close encounters.