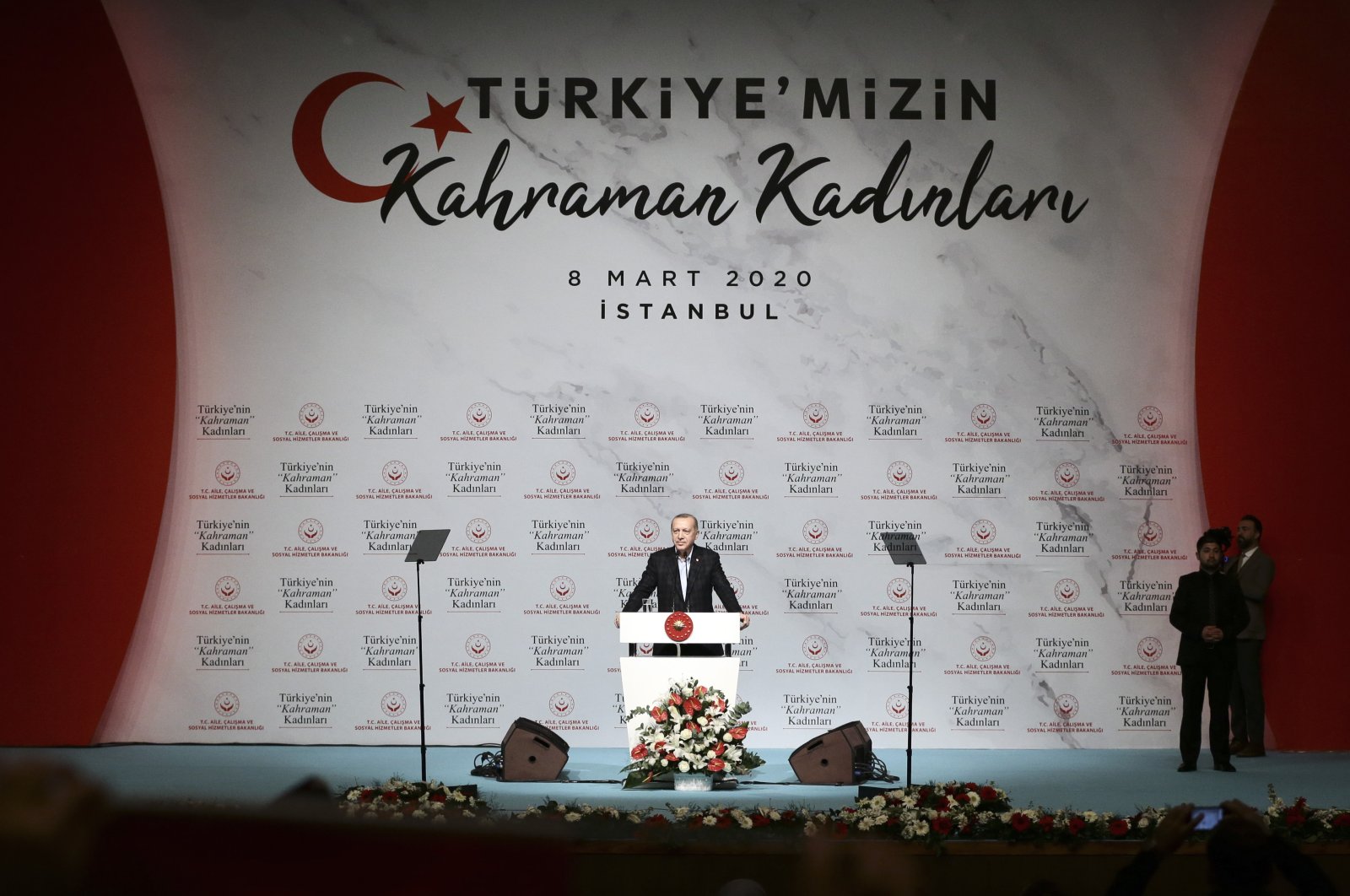 President Recep Tayyip Erdoğan called on Greece to open its borders and allow migrants' movement to other European countries, as he criticized countries around the world for turning a blind eye to the suffering of Syrian civilians, especially women and children who make up the majority of the victims of the brutal civil war.

He noted that a great majority of the 1 million people who lost their lives in the Syrian crisis were women and children, but nobody has drawn attention to this fact.

He told Greece to open its doors to allow migrants to reach Europe, saying that there was nothing that Greek authorities should be concerned about as migrants plan to go to other parts of Europe.

“No one raises their voice against Greece's inhumane treatment of asylum seekers,” Erdoğan said, noting that Greek authorities try to sink their boats and open fire on them to prevent their entry.

The president reiterated once again that Turkey has never sought to invade or annex Syrian territory.

“Our only goal is to facilitate the safe return of 3.6 million people already residing in our country and 1.5 million others from Idlib who approached our borders,” Erdoğan said.

He continued by saying that Turkey reserves the right to clear the area if Russia and other countries fail to fulfill their pledges regarding the region.

Turkey launched Operation Spring Shield last week after at least 34 Turkish soldiers were killed and dozens injured in a Bashar Assad regime airstrike in Idlib, a de-escalation zone in northwestern Syria, just across Turkey's southern border. Turkey's only targets during the operation were Assad regime troops and equipment in Idlib under the nation's right to self-defense, according to Defense Minister Hulusi Akar.

But more than 1,300 civilians have since been killed in attacks by the Assad regime and Russian forces in the zone, as the cease-fire continues to be violated, sending about a million refugees toward Turkey's border with Syria.