Putin, Macron cooperate in Libya, as latter under fire for remarks against Turkey 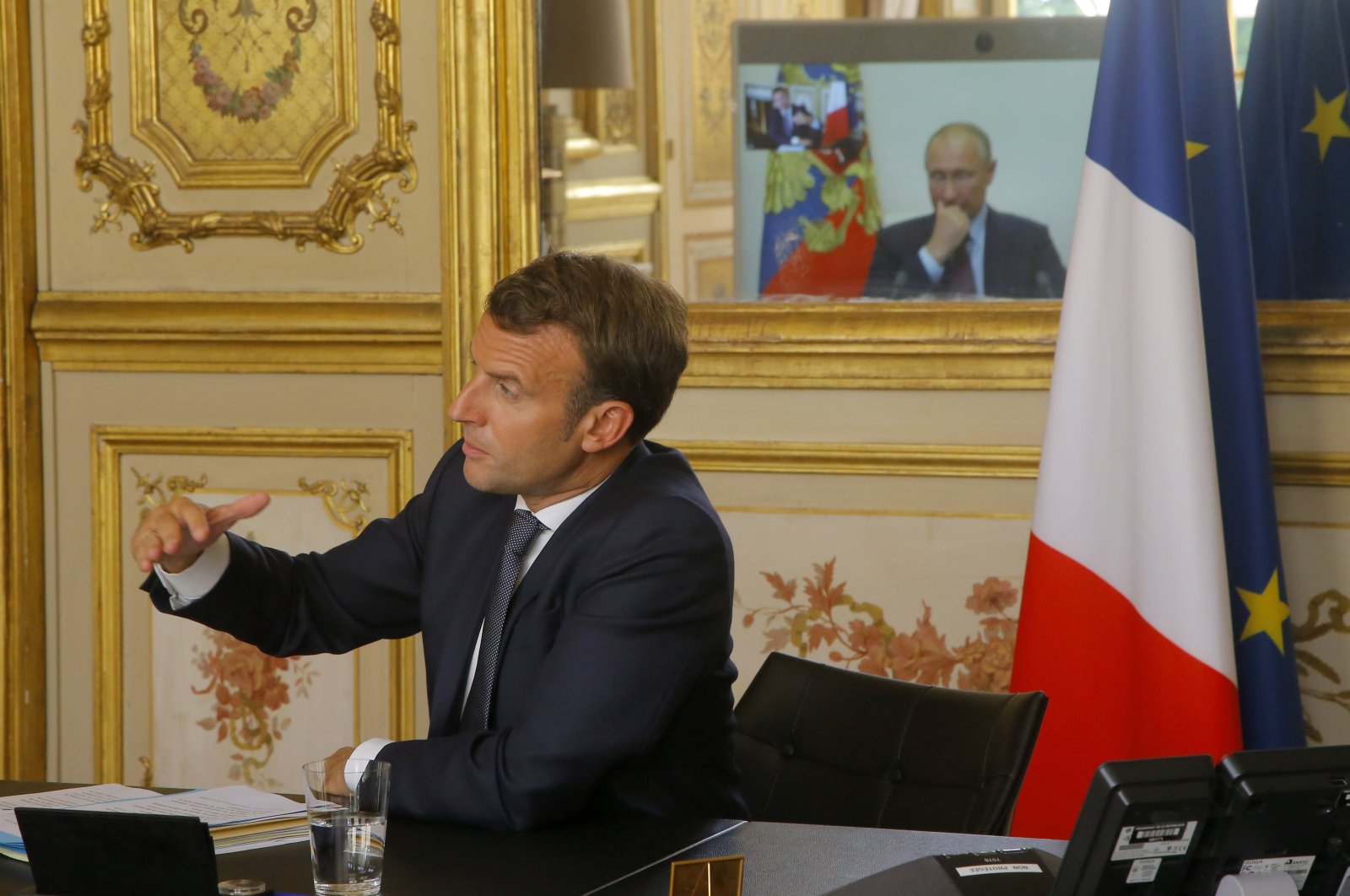 On Friday, Russian President Vladimir Putin and his French counterpart Emmanuel Macron staged a phone call on developments in Libya, Damon other issues. Expressing the fruitfulness of the talk afterward, both leaders stated their desire to have more cooperation in various areas, yet highlighted aboth shared the same stance on Libya.

Opening the virtual meeting, Putin regretted that the two leaders could not hold a face-to-face meeting because of the coronavirus pandemic, which he called “a new threat."

The Russian president also invited Macron to Russia, which the latter accepted, saying he would come at the end of summer if the conditions were more favorable.

The talk took place shortly after Macron expressed a hostile stance against Turkey in Libya last week, calling the country's support for the Libyan government a "dangerous game."

In the Libyan conflict, France backs putschist Gen. Khalifa Haftar's forces, along with Russia, Egypt and the United Arab Emirates.

However, as the two leaders enhanced their determination to side with Haftar in the war-torn country against the Libyan government and Turkey, international media outlets were vocal in their criticism of the move.

On Friday, Bloomberg reported that the reason why Macron holds a hostile attitude against Turkey is to cover his failures in Libya.

In an article titled "Turkey Has Eclipsed Emmanuel Macron's Libya Dreams," the media outlet stated that "Macron’s pronouncements on Libya have devolved from hyperbole and hypocrisy to something approaching hysteria."

Blaming Macron for supporting a "suspected war criminal" in the war-torn country, the article expressed that "All Macron had really done was to legitimize the rebel commander," referring to the Haftar.

"With other, more committed allies behind him – notably, Egypt, the United Arab Emirates and Russia – Haftar was able to treat his French patrons as they had treated the U.N.-backed government, with blithe disregard," the article highlighted.

"The only leader moving the Libyan needle was Turkey’s President Recep Tayyip Erdoğan, whose backing – in word and kinetic deed – of the GNA has forced Haftar into headlong retreat," the article continued.

The article further accused Macron of having a "rhetorical bluster," against Turkey in an attempt to "distract attention from French culpability."

Çavuşoğlu responded by saying that in fact, France was playing a dangerous game by going beyond its limits in Libya.

He stated that Paris' support for Haftar contradicts the UNSC's resolutions despite France being a permanent member of the Security Council. "Many countries have witnessed France's dangerous game in Libya. Many European countries have started to see it," he added.

Accusing France of being complicit in the chaos in Libya, the foreign minister described France's activities in the country as worrying.