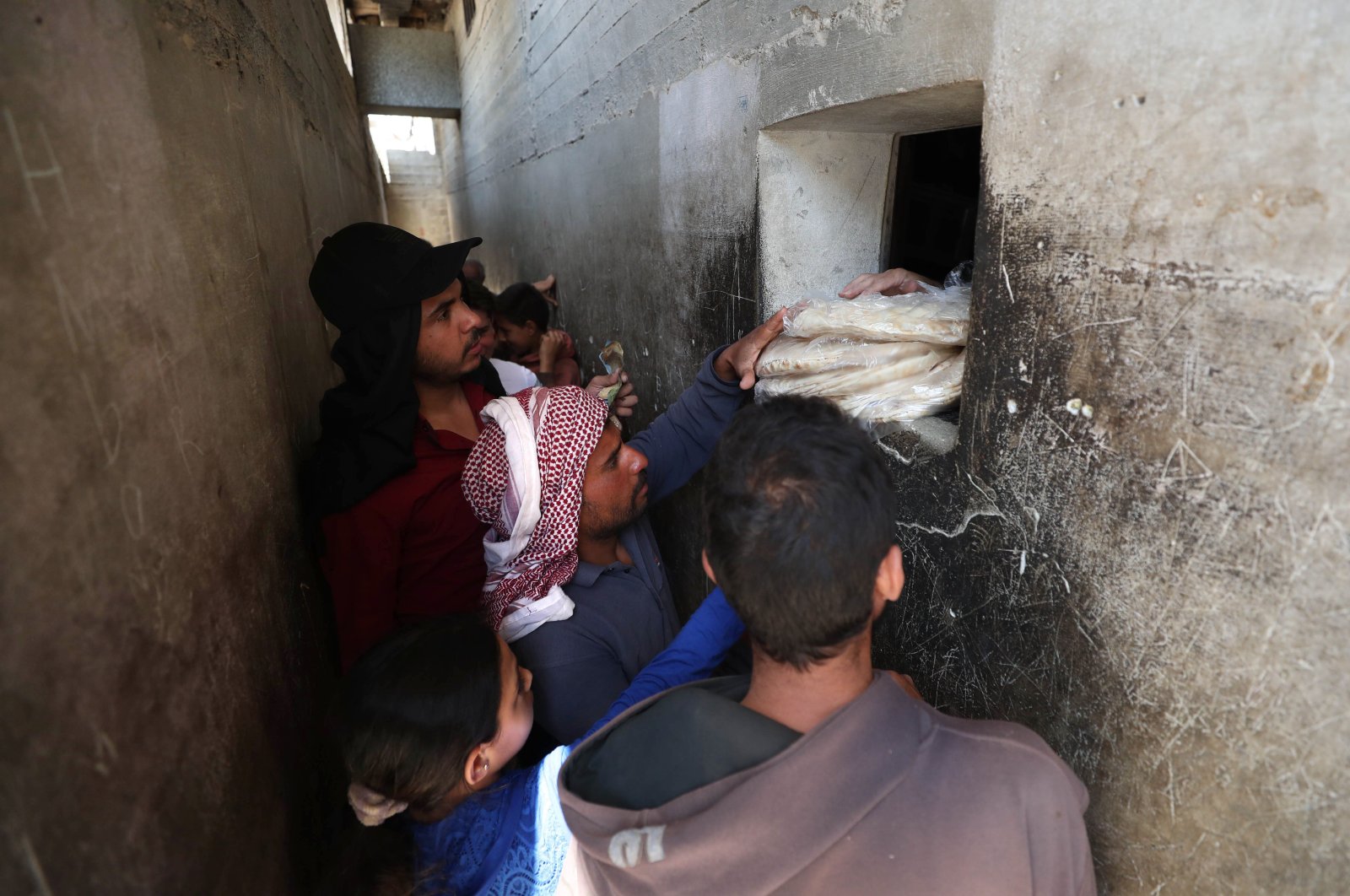 Syrians buy bread at a shop in the town of Binnish in the country's northwestern Idlib province, June 9, 2020. (AFP Photo)
by Daily Sabah with AP Jun 15, 2020 3:52 pm
Edited By Dilara Aslan
RECOMMENDED

Security forces of the Bashar Assad regime oppressed and detained several demonstrators Monday in a southern city that has seen days of anti-regime protests amid a crash in the local currency and sharp price increases, opposition activists said.

Monday’s crackdown is the first since protests began in the city of Sweida last week, where dozens of people have been demonstrating every day over deteriorating living conditions.

The Observatory said the detentions led to another protest in which the demonstrators called for the release of those detained. Some protesters also called for the overthrow of dictator Assad, who has largely succeeded in crushing the nationwide uprising that began in 2011.

The Suwayda 24, an activist collective covering events in the province, meanwhile, reported that security forces detained only four protesters.

Syria faces near-complete isolation as the toughest U.S. sanctions yet start to come into effect next week. While Assad may have won the military war against his opponents with the help of allies Russia and Iran, he now faces an even bigger challenge of governing while more than 80% of his people live in poverty.

In regime-held areas, prices go up several times a day, forcing many shops to close, unable to keep up with the chaos. The national currency, the Syrian pound, has tumbled in recent weeks, reaching a record low to the dollar. The pound, which traded at 47 pounds to the dollar before the 2011 uprising, plunged to over 3,000 to the dollar last week before it made some gains in later days.

As the regime has proven not to be able to control the Syrian pound anymore, several regions in northern Syria have reportedly been switching to using the Turkish lira. Turkish lira notes were already in circulation in some of the areas in northern Syria, which had been liberated from terrorist organizations by the Turkish military and Syrian opposition groups. Coins are said to have started coming in from Turkey over recent days, with photos circulating on Twitter showing coins in what was said to be a branch of the Turkish Post and Telegraph Organization's (PTT) in the northwestern Azaz district.

Syria's war has devastated the country's economy since 2011, plunging 80% of its people into poverty, according to the United Nations. Despite relative quiet in the country's remaining battlefields, early 2020 has only seen the situation worsen.