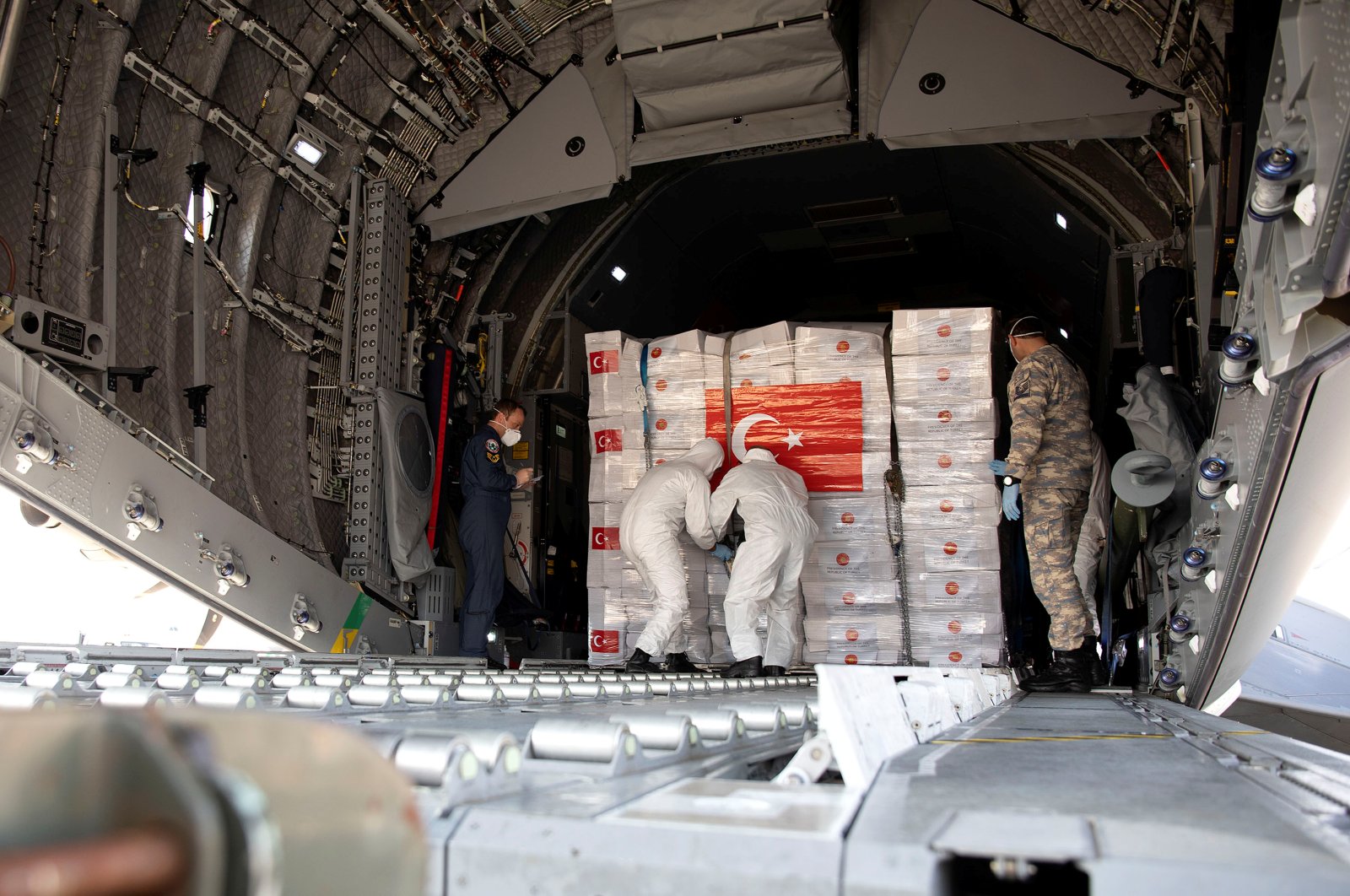 Crucial supplies of personal protective equipment (PPE) for medical staff are delivered from Turkey into a Royal Air Force base for distribution around the country, amid the coronavirus disease (COVID-19) outbreak, in Carterton, Britain, April 10, 2020. (Reuters Photo)
by Anadolu Agency
Apr 15, 2020 10:11 am

Turkey has proven to be a "key supporter" in the fight against the novel coronavirus as the international community struggles to find firm footing, according to an opinion piece published Tuesday.

Writing for the Hill news website, Sasha Toperich said Turkey "has proven itself as a key supporter of world efforts," noting in particular that Turkey has "increased its production lines for medical protective gear and is distributing masks — free of charge — to its citizens in an effort to prevent further COVID-19 spread."

"Turkey supplied masks and test kits to Balkan countries, Italy and Spain, answering the request-for-assistance call made through the NATO Euro-Atlantic Disaster Response Coordination Centre," Toperich, who is the senior executive vice president of the Transatlantic Leadership Network, wrote, as he noted that the packages sent to these countries included a famous quote by renowned 13th century Sufi mystic Rumi: "There is hope after despair and many suns after darkness."

Of the 88 countries who have requested medical equipment, Turkey has provided the sought-after items to 30 countries so far, according to Toperich. Among them are Israel, Libya and the United Kingdom.

"The lack of protective medical equipment in many countries shows only how countries were unprepared for a major pandemic and how stock supplies were not enough to address needs," wrote Toperich.

"However, as the countries and communities around the globe unite in radical measures to help beat the coronavirus, placing economies on hold, having people staying at homes and practicing social distancing, it is worth giving credit where credit is due: Turkey is rightly deserving," he added.

In the four months since the novel coronavirus was first detected in the Chinese city of Wuhan, more than 1.9 million people have become infected with the fatal virus, according to data from U.S.-based Johns Hopkins University.

In all, there have been more than 125,100 fatalities caused by COVID-19, the disease caused by the virus, while an excess of 470,700 has recovered, according to the university.