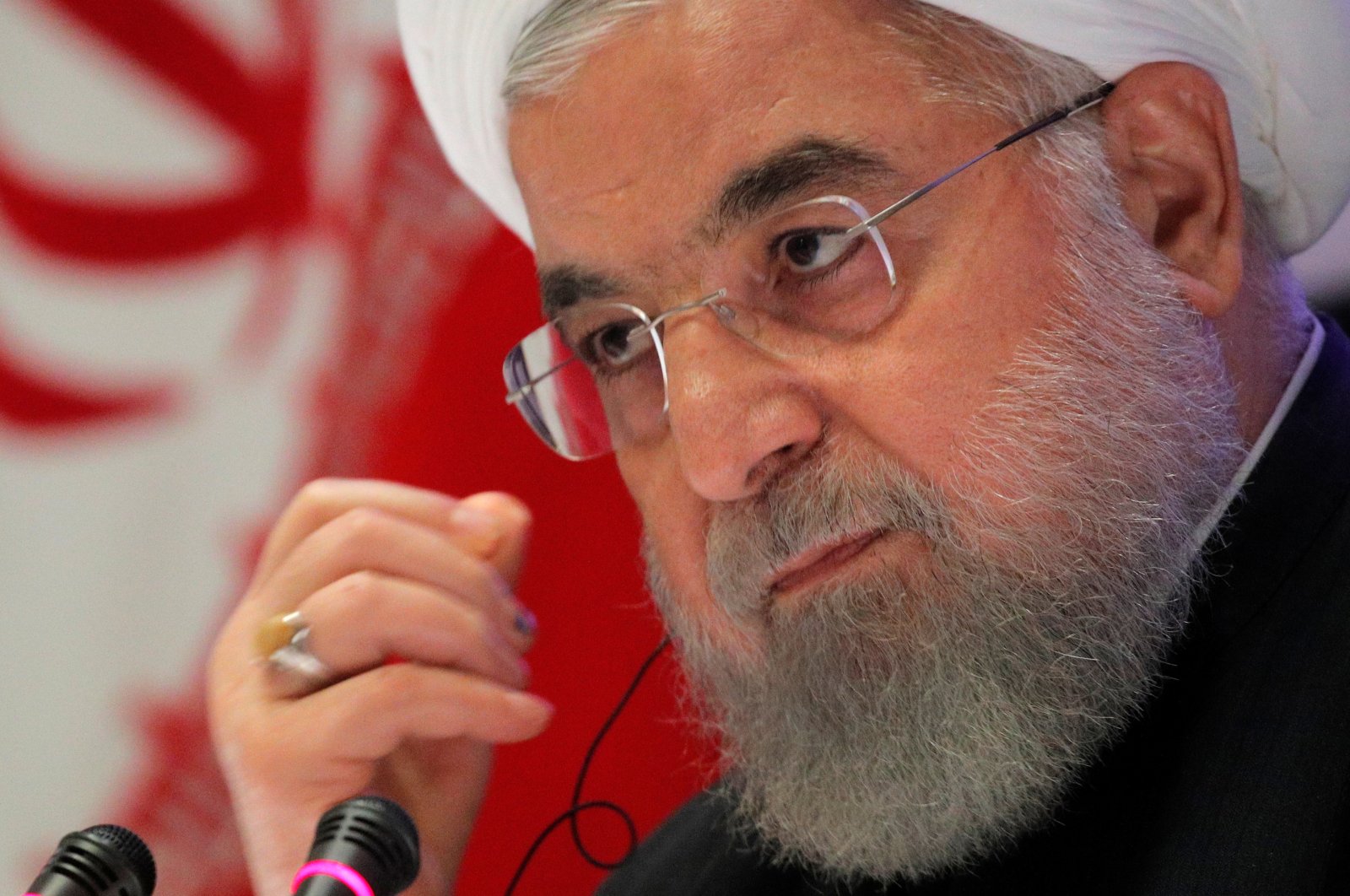 Iranian President Hassan Rouhani speaks at a news conference on the sidelines of the United Nations General Assembly in New York, U.S., Sept. 26, 2019. (Reuters Photo)
by Agencies Oct 07, 2020 10:16 am
RECOMMENDED

Iranian President Hassan Rouhani Wednesday warned of the danger of the Azerbaijan-Armenia conflict turning into a regional war amid speculations that Tehran is supporting separatist Armenian forces in their fight against Baku's military.

"We must be careful that the war between Armenia and Azerbaijan does not become a regional war," he said in televised remarks.

"Peace is the basis of our work, z and we hope to restore stability to the region in a peaceful way," Rouhani added, claiming Iran would not allow "states to send terrorists to our borders under various pretexts."

Iran has previously drawn fire from the country's ethnic Azerbaijani Turks for its alleged support to separatist forces illegally occupying Azerbaijan's territory, as military equipment has reportedly been transferred through the Iran-Azerbaijan border.

Ethnic Azerbaijanis, who constitute a large portion of the population in northwestern Iranian cities like Ardabil, Tabriz and Urmia, and at least one-third of Iran’s population of 81.8 million, poured onto the streets recently demanding Iranian authorities close the country’s border with Armenia.

The fiercest clashes between Armenian and Azerbaijani forces in years, over the occupied region, ignited Sunday. As of Thursday, at least 130 deaths have been confirmed as fighting spilled over into the fifth day.