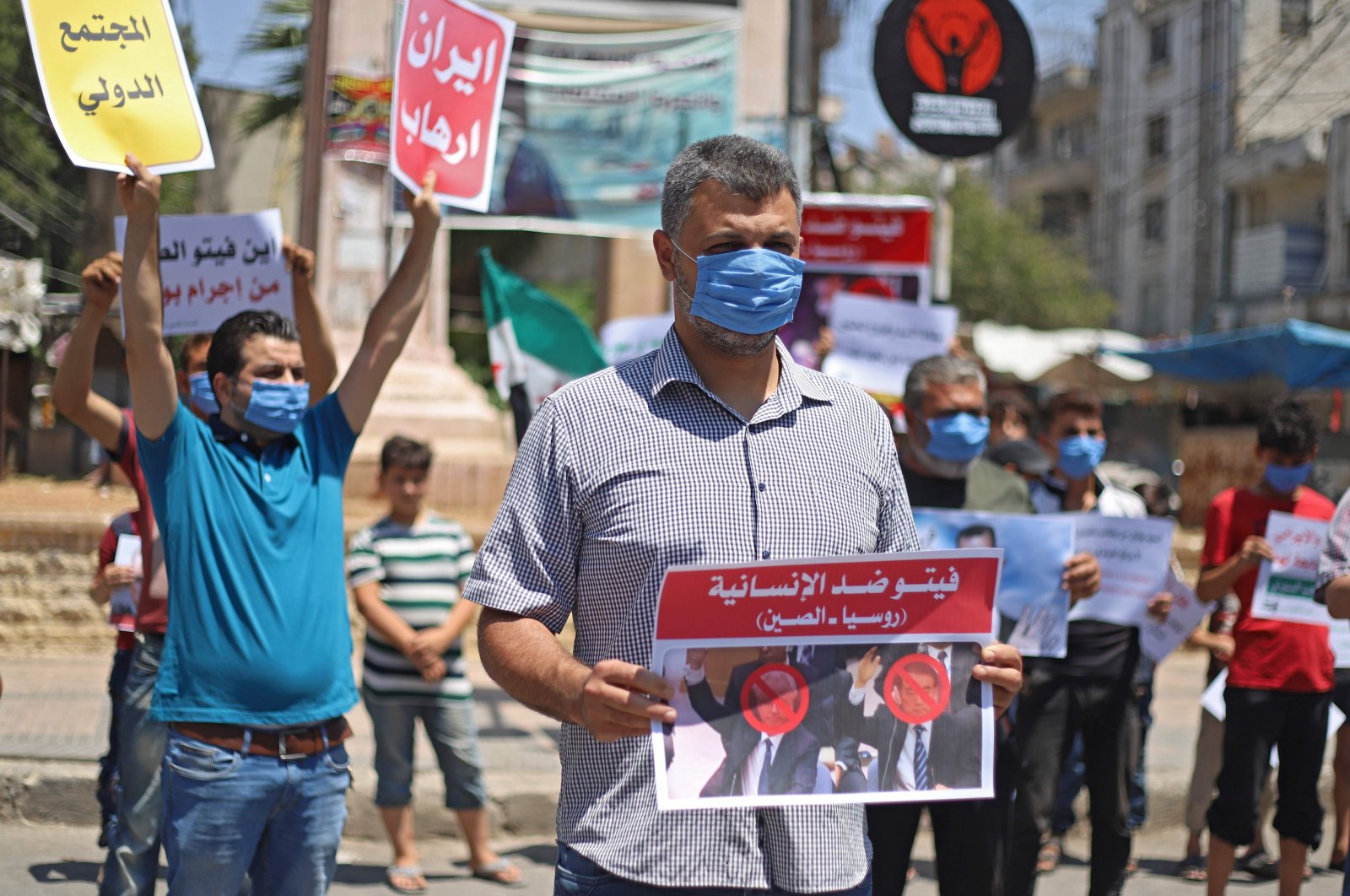 Russia and China vetoed a last-ditch attempt by western members of the U.N. Security Council to extend approval – which expires on Friday – for humanitarian aid to be delivered across two border crossings into Syria from Turkey for the next six months.

The United Nations says millions of Syrian civilians in the northwest of the council depend on the humanitarian aid delivered from Turkey, describing it as a "lifeline." The remaining 13 council members voted in favor of the resolution on Friday.

Russia and China on Tuesday vetoed a draft resolution by Germany and Belgium providing for a one-year extension of the cross-border authorization.

It would have allowed for the maintenance of two crossing points on the Turkish border – at Bab al-Salam, which leads to the Aleppo region, and Bab al-Hawa, which serves the Idlib region.

The U.N. authorization allows the body to distribute aid to displaced Syrians without needing permission from Damascus.

Russia and China argue that the U.N. authorization violates Syria's sovereignty, and that aid can increasingly be channeled through Syrian authorities.

In January, Moscow, Syria's closest ally, succeeded in having the crossing points reduced from four to two and in limiting the authorization to six months instead of a year, as had been done previously.

Russia, which claims to want continued aid for the insurgent Idlib region, submitted a counter-proposal to the U.N. Security Council Wednesday to keep only the Bab al-Hawa access point open for six months.

Moscow claims that more than 85% of current aid goes through Bab al-Hawa and that the Bab al-Salam entry point can therefore be closed.

But the bid failed when put to vote. Russia needed nine votes and no veto from a permanent member of the Council to get its resolution passed – but received only three votes in addition to its own.