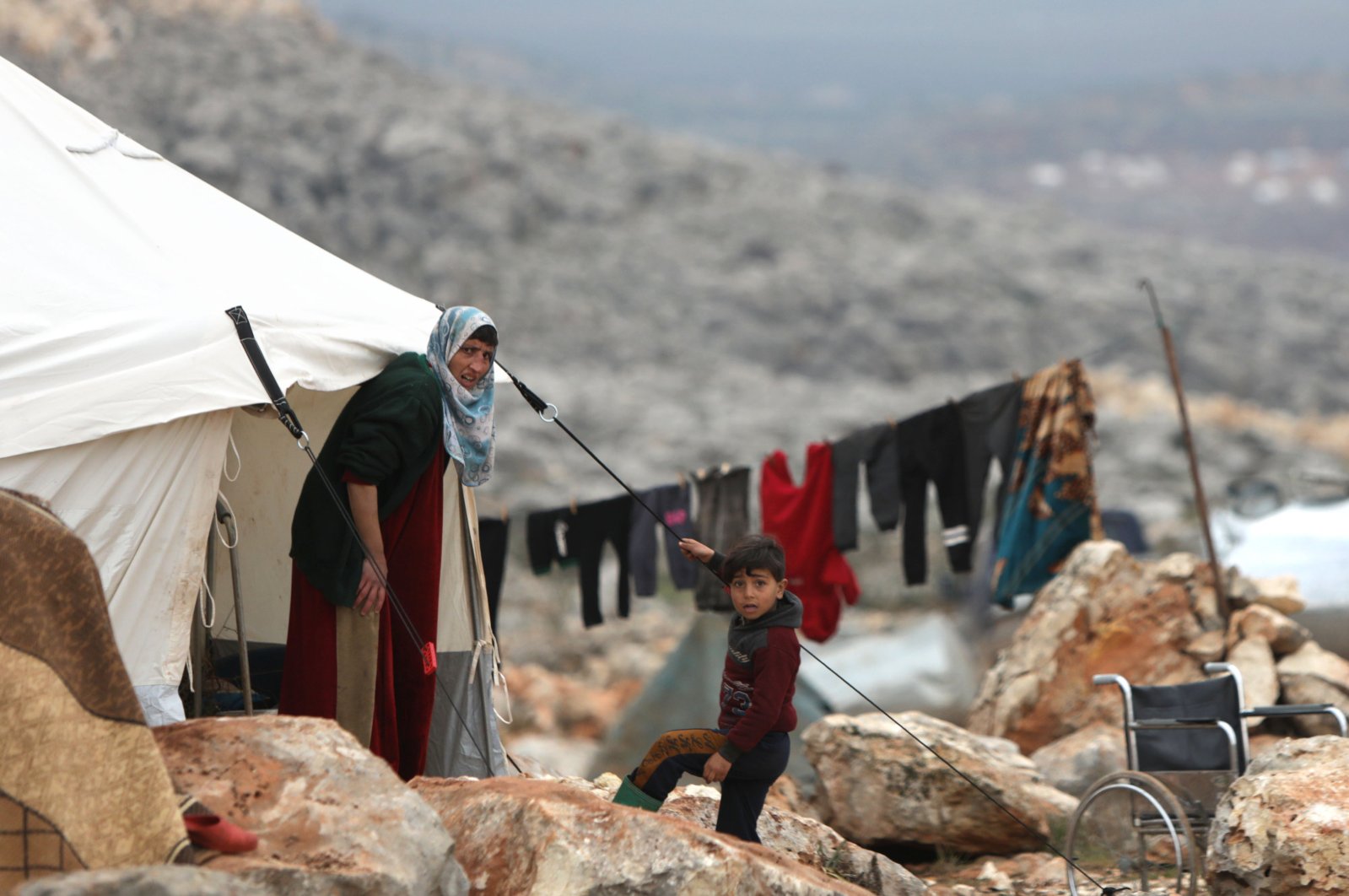 Syrians who fled pro-regime forces attacks in the Idlib and Aleppo provinces are pictured at a makeshift camp for displaced people, Feb.18, 2020. (AFP)
by REUTERS Jun 25, 2020 9:38 pm
RECOMMENDED

Russia has quit a United Nations arrangement that aimed to protect hospitals and humanitarian aid deliveries in Syria from being hit by the warring parties, according to a U.N. note to aid groups seen by Reuters on Thursday.

The Russian move comes after an internal U.N. inquiry in April found it was "highly probable" the regime of Syria or its allies carried out attacks on three health care facilities, a school and a refuge for children in northwestern Syria's Idlib province last year.

A crackdown by Syrian regime head Bashar Assad on pro-democracy protesters in 2011 led to Syria's civil war. Russia has provided military support for the Syrian regime in the conflict.

Russia and the regime have claimed their forces are not targeting civilians or civilian infrastructure and have long-questioned the sources used by the U.N. to verify attacks.

Under the U.N. deconfliction arrangement, the locations of U.N. supported facilities and other humanitarian sites like hospitals and health centers had been shared with the warring parties in a bid to protect them. However, the U.N. has questioned whether it made them a target.

"On Tuesday, 23 June, the Russian Federation informed the United Nations that it would no longer participate in the humanitarian notification system," the U.N. Office for the Coordination of Humanitarian Affairs (OCHA) said in the note.

An OCHA spokeswoman confirmed the note.

"The United Nations is concerned about the withdrawal of the Russian Federation from the notification mechanism and is examining the implications of this decision for humanitarian personnel and operations in Syria," the U.N. note said.

The U.N. said it would discuss the situation further with Russia.

In the note, it said all parties to the conflict, whether they participated in the voluntary deconfliction arrangement or not, were still bound by international humanitarian law.