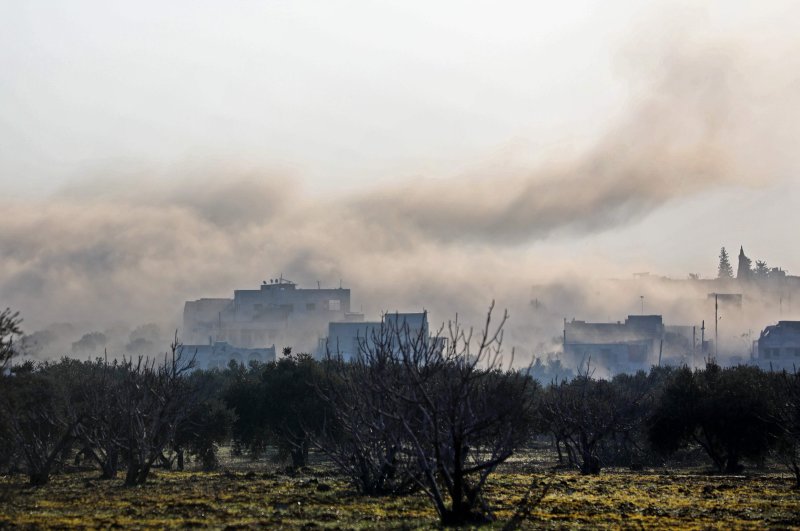 Smoke billows above buildings during an air strike by pro-regime forces on the village of Nayrab, about 14 kilometres southeast of the city of Idlib in northwestern Syria, Feb. 25, 2020. (AFP)
by Anadolu Agency Feb 26, 2020 5:14 pm

Four civilians were killed in Russian airstrikes in the de-escalation zone in northern Syria, local sources said on Wednesday.

No casualties have been reported in the attacks. Since Moscow and Ankara reached a deal in September 2018 under which acts of aggression are prohibited in Idlib, over 1,300 civilians have been killed in the de-escalation zone.

Following intense attacks, over a million Syrians have moved near the Turkish border. Since the eruption of the bloody civil war in Syria in 2011, Turkey has taken in some 3.7 million fleeing Syrians, making Turkey the world's top refugee-hosting country.